Recently, Aamir Khan was asked about this during a media interaction to promote Secret Superstar, and he gave a really convincing reply that makes a lot more sense. 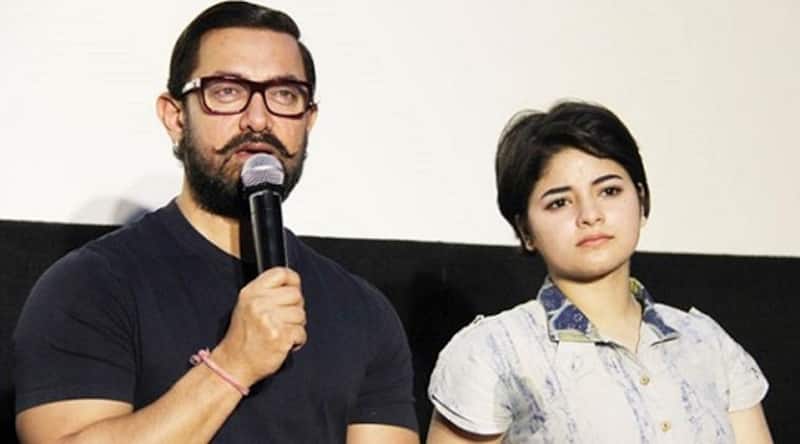 Gender-based disparity is an issue that is not just haunting Bollywood, but also Hollywood as well as in other industries. Recently Kangana Ranaut had poked fun at the issue in her parody song with AIB. Recently, Aamir Khan was asked about this during a media interaction to promote Secret Superstar, and he gave a really convincing reply that makes a lot more sense. First he explained about how he can never take a smaller paycheque because he never took a paycheque. He had said, "No. I would not have a smaller paycheque because I don’t take money upfront. For my last 10 films, I haven’t charged a fee, I take a percentage of profit. That is assuming the film will do well. Fortunately my films did well, but if it doesn’t work, I am the guy who takes the hit. I follow the oldest method of asking for money in performing arts. After you perform, take off your hat and ask for money, if you liked my work you will give money otherwise you will just leave.” Also Read - Pathaan actor Shah Rukh Khan to Ayushmann Khurrana: Bollywood actors and their weird habits will make you go WTH

Then he goes on to explaing about when Zaira Wasim, the real star of Secret Superstar, get to have a bigger check than him, "The day she (Zaira) is able to pull more seats than me, I would be happy to give her a bigger pay cheque, In fact, as a producer I would want her to. As a producer, I don’t care if you are a man or a woman. You could be an animal, but if you can pull people in, I would want you get a bigger paycheque." Also Read - Alia Bhatt to Shah Rukh Khan: Annual salaries of Bollywood celebs' bodyguards will leave you shell-shocked

He also explains how payment works in Bollywood, " In films, there are two kinds of levels of payment - one is for the work that you are doing. Now the work that I do is equal to any other actor and the length of the role is not important. I believe all people of the creative team should be paid equally and perhaps writer and director are the only ones who should be paid higher. Now in this team, there are perhaps two of us who will be able to pull people in which the others are not able to, irrespective of whether I am a man or a woman. That is something unique that I am adding to the film and that is what we describe as stardom. That can be Salim-Javed or AR Rahman, anybody who has the ability to fill seats gets a bigger payment." Also Read - Malaika Arora-Arbaaz Khan, Hrithik Roshan-Sussanne Khan and more Bollywood couples who remained good friends even after divorce

But why do male stars get paid more than female stars who are successful too? Aamir has an explanation for that too. He said, "Unfortunately, most of the stars in our country are males. That is also a result of our patriarchal society. Even as kids, we are told stories where gender roles are predefined. Adventure stories are always about boys who have leadership qualities and are the saviours. We are brought up to see males as heroes. We start planting these thoughts in our heads since childhood. There has to be a paradigm shift in that. I am someone who strongly believes in equality whether you are man or a woman. But ultimately in the economics of cinema anyone who pulls people in will be paid higher. There is no question about it."