Sealing it with a kiss! Aamir Khan gets the perfect birthday gift from wife Kiran Rao - view pics

Aamir Khan and Kiran Rao had the sweetest reunion at the airport!

What better than meeting your loved one at the airport when you return after a very long time? Well, a similar beam of joy was seen on Aamir Khan's face when he found Kiran Rao waiting to receive him at the Mumbai airport, as he flew back to celebrate his 53rd birthday today! I mean, one look at the above picture and you will know what we are trying to say! They hugged, they kissed and with all that warm embrace proved how much they missed each other within seconds of their reunion. Now that's what love is all about, isn't it? Especially when you know how the couple has been barely getting to spend time together these days considering Aamir is busy shooting for his much ambitious film, Thugs Of Hindostan. Also read: First pic out! Aamir Khan dedicates his Instagram debut to this SPECIAL person in his life Also Read - Happy birthday Sanjay Dutt: From Sadak to Khalnayak – the golden phase of Sanju Baba when he gave 16 hits before going to jail

Kiran also went along with a bouquet of flowers to welcome her hubby dearest and wish him on his 53rd birthday. Here, check out all the pictures below and tell me if it doesn't make you go aww. It sure will given the kind of affection both Aamir and Kiran are showering on each other and letting their actions speak louder then words. Probably, it's a tale of kiss and tell... Also Read - Did you know? James Bond actor Daniel Craig had auditioned for THIS Aamir Khan starrer 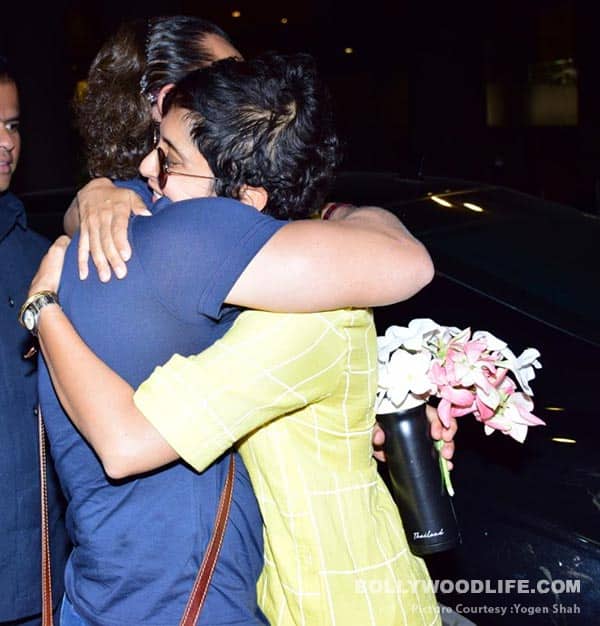 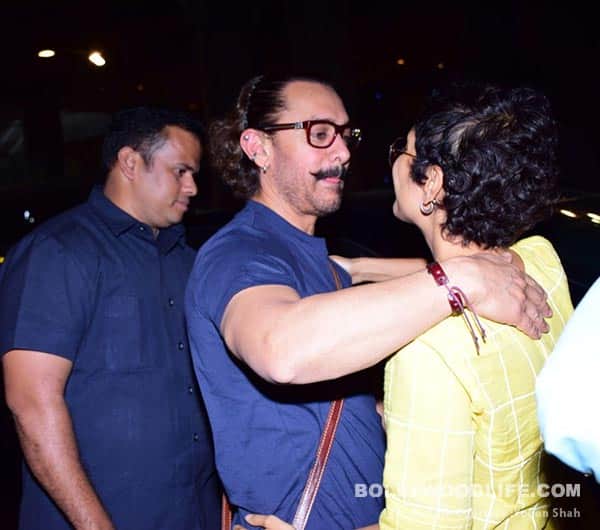 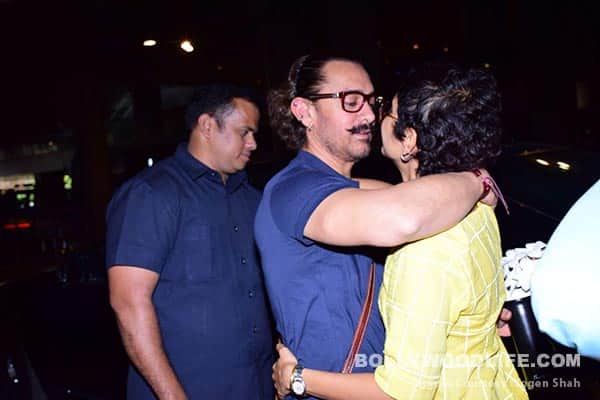 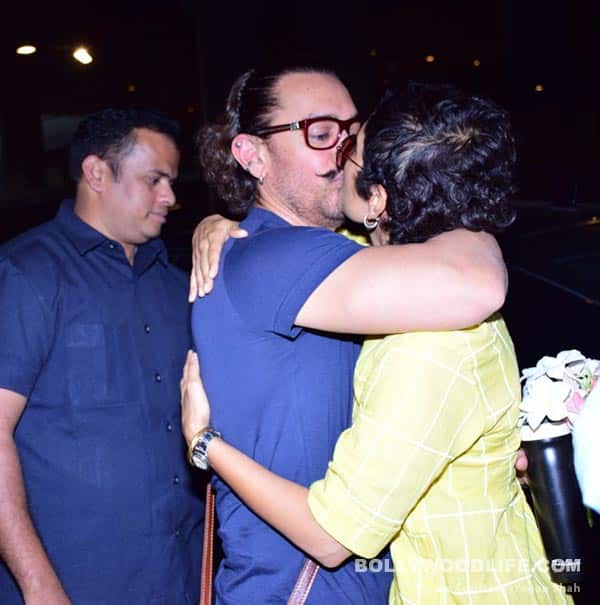 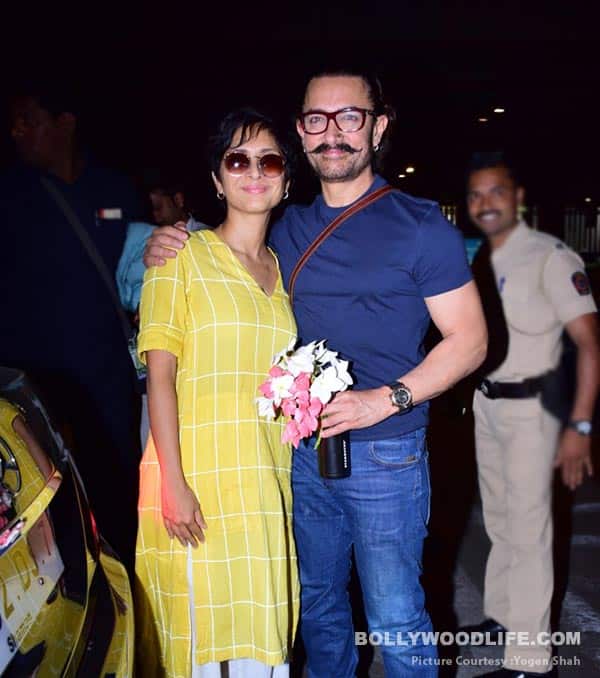 Now that Aamir is back in the city, he'll be spending time with his family, his little champ Azad and then continue with his mandatory birthday ritual by addressing the media. Like, he does this every year remember? Cut a cake, click a few selfies and give a heartfelt interview on all that's going on in his life at this point in time. So don't forget to come back to BollywoodLife for more updates from Aamir's press con that's about to begin shortly.