Aamir Khan in China, Shah Rukh Khan in Germany - 7 Bollywood stars who have massive fan following in other countries

In this special feature, we will look at 7 such stars who not only commands love in India but in certain other countries as well, and by that we don't really mean NRI's!

Despite being one of the largest movie industries in the world (perhaps the largest as well), Indian cinema doesn't have the same kind of international recognition for its stars like its Hollywood, Chinese and British counterparts. However, times are changing and we have stars like Irrfan Khan, Priyanka Chopra, Freida Pinto, crossing the barriers of boundaries and languages and becoming well-known faces in the international circuits. Recently, there has been the case of Dangal that is becoming a rage at the Chinese box office defeating the likes of Guardians of the Galaxy Vol 2 and xXx: Return of Xander Cage at the box office there. Indian cinema is slowly being recognised and appreciated in other countries, and our stars too. Also Read - Gauri Khan BRUTALLY TROLLED after being spotted with a bottle of black water – view tweets

But there have been cases in the past too, where a few countries have been obsessed with some of our fave stars, who share a sizeable fan following there. In this special feature, we will look at 7 such stars who not only commands love in India but in certain other countries as well, and by that we don't really mean NRI's! Also Read - Gauri Khan takes us on a tour of her new apartment and you'll want to move in ASAP – watch video

If there is a reason why Dangal became the highest grossing Indian movie of all time, you have to give China most of the credit. Our north-eastern neighbour has been obsessed with Aamir Khan's wrestling drama that it has become the highest grossing non-Hollywood foreign film there. It's not just Dangal; even PK and 3 Idiots were huge hits there. They even have an affectionate nickname for Aamir - Uncle Khan!

Though Shah Rukh Khan has a huge fan following nearly everywhere thanks to his charming offscreen persona, Germany holds a special place when it comes to showering love on the actor. There is also South Korea where Shah Rukh Khan has been the goodwill ambassador once. And then Dubai, France...okay we will stop it there... 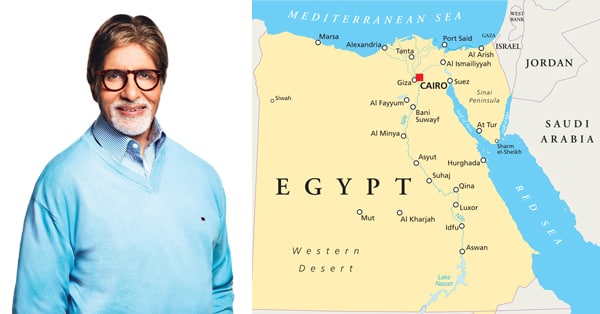 Amitabh Bachchan is revered by many as an acting legend, and has fans everywhere, but in Egypt, the Bollywood superstar has an ardent fan following. Indian tourists who have visited Egypt often tell that when the locals realise where they are from, the first question that they are asked, 'Do you know Amitabh Bachchan?'

Pakistan loves Bollywood as much as we do (though most of their love is restricted to pirated DVDs). Salman, SRK, Aamir have a great fan following there, but in the '90s there was a huge obsession for Madhuri Dixit with our not-so-friendly neighbour. I had read somewhere that during an Indo-Pak cricket match held in Sharjah, a group of Pakistani supporters was singing “Madhuri de do, Kashmir le lo." This also inspired a scene in LOC-Kargil where Abhishek Bachchan's character Cap. Vikram Batra was seen sparring with Pakistani soldiers over Madhuri Dixit.

Rajinikanth's mass fan following is something every actor cherishes, but not everyone can achieve. But it's not just in India that Thalaiva commands such love. Japan also equally loves Rajnikanth's scene-stealing antics and quote-worthy dialogues, with a couple of movies like Muthu, Baasha and Padayappa being huge hits there.

When asked why the original showman of Bollywood, the late Raj Kapoor, was such a huge hit in Russia, a Russian lady told a newspaper, "In early fifties, just after the devastating war with Germany, the country was still in ruins we were poor and our life was full of privations and shortages. But when we saw greater hardships being faced by the poor from the country (India) with a smile, it gave us optimism. So after watching Awara and Shri 420, Raj Kapoor became a symbol of optimism for the Soviet people." His song, Awara Hoon, is popular in Russia even today. Even Mithun Chakraborthy is quite popular with our Russian friends.

Remember that time when Chunky Pandey, who used to be a popular hero in the '80s and early '90s, was rarely seen in Bollywood before he returned as Aakhri Pasta in Housefull? In that interim, he went on to be a hero in Bangladeshi cinema, and soon became the top star in their industry for quite some time, before he returned to Bollywood. But then perhaps we should not make a great deal out of this, because their current superstar is this man... 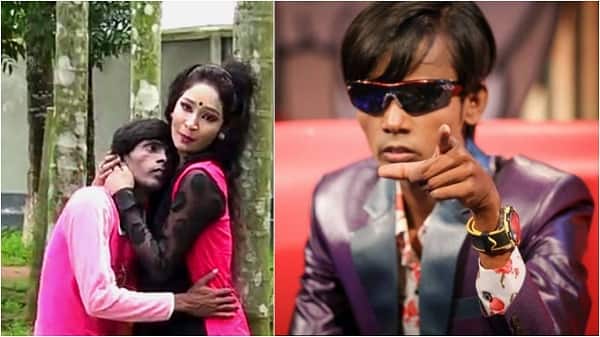 Did we miss out on any other stars who have a sizeable fan following in other countries as well?