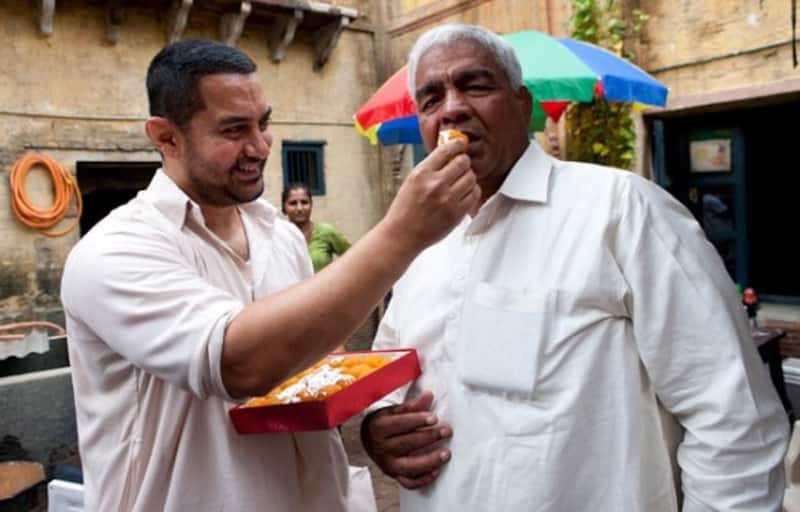 Suoertar Aamir Khan's 'intolerance' remarks continue to haunt him with a senior BJP leader today suggesting "treatment" to his upcoming movie 'Dangal' in the same way that was done to Shahrukh Khan's 'Dilwale', whose business was marred by protests from Hindutva groups. Also Read - Shah Rukh Khan teams up with Kantara star Rishab Shetty for THIS film? Here's everything you need to know

BJP general secretary Kaliash Vijayvargiya hinted at teaching a lesson to Aamir by saying at a public function that "treatment to one has been done. Now it is time for the other to be treated. 'Dangal me mangal karna hai'. You should keep this in mind. Also Read - Pathaan actor Shah Rukh Khan to Ayushmann Khurrana: Bollywood actors and their weird habits will make you go WTH

"When anybody says that intolerance is rising in our society, then it makes me a little angry. Then he has to be treated. His treatment is very necessary." Also Read - Aryan Khan ready with his first script; Shah Rukh Khan says it's time to 'dare'

Though he did not name either Shahrukh or 'Dilwale,' his reference seemed to be aimed at him as his last movie was marred by protests at several places. Khan, too, had earlier spoken about rising intolerance in Indian, prompting the BJP leader to brand him a "traitor", a remark he withdrew later facing public backlash.

Vijayvargiya's remarks came a day after another party general secretary, Ram Madhav, had denounced Aamir Khan's comments on 'intolerance', saying he should not preach about the country's prestige only to an auto-rickshaw driver but also his wife.