This video of Aamir Khan's struggle from gaining 97 kilos to losing 25 kilos within five months is very inspirational! Check it out 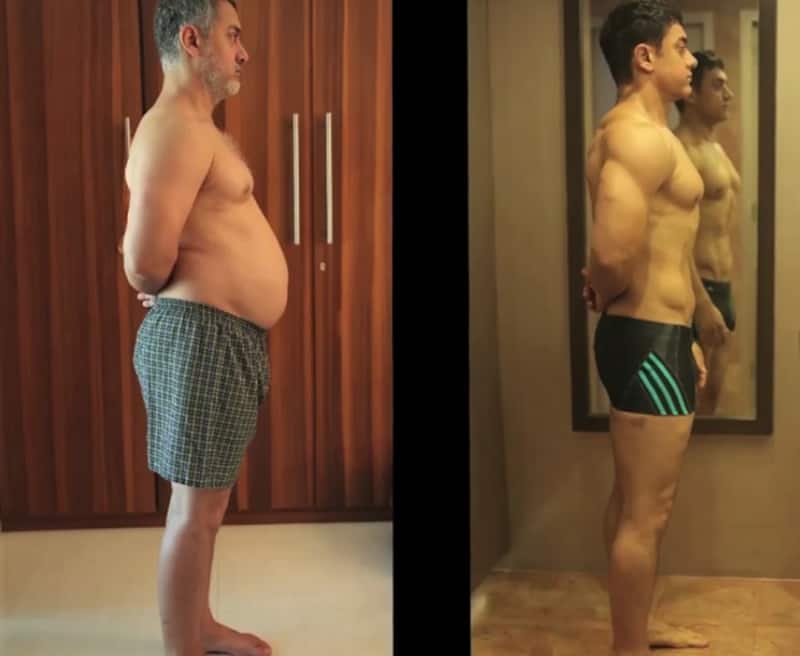 Aamir Khan in Dangal is a package of surprises! You know he underwent some serious weight gain and loss to make his character feel more authentic? Not many actors in Bollywood go all the way with their roles to match the persona they portray in the film. However, here we have a superstar who literally went down the weight gain and loss dilemma just so his character seems natural. And the best part about this transformation is that the makers documented the whole term between him gaining weight and losing it as well. Very often we see some of the young actors post fitness regime videos of themselves on their social media handles. However, this is one of a kind video that you'll see as it documents the whole journey of the actor making such a fabulous attempt. Also Read - Laal Singh Chaddha star Aamir Khan makes a BIG revelation about his first heartbreak; says, ‘She left the country’

The production house of Dangal, UTV, shared a video of actor's journey from when he gained 97 kilos and 37 percent fat to losing 25 kilos within three months. Are you reading those numbers? That's exactly how Khan works. He likes to challenge himself and better yet, the result is always satisfying. When we first saw the flab avatar or even Aamir himself, the biggest concern was, will he be able to shed the weight he has gained? The smart move he made here was he kept some scenes of his muscular days to be shot after he lost weight. That way he would have the determination to lose whatever he has gained and go back to his original physique. Looks like he won this bet! The actor basically used the calorie count method to lose the weight. (ALSO READ: This is by far the most SHOCKING transformation of Aamir Khan from Dangal – view pic)


“People use new methods, different diets these days. I still stick to calorie count system. Fifty per cent is that of the diet when you reduce weight, 25 per cent depends on workout and the rest 25 per cent on taking rest. I had shortage of time, so had to go for drastic weight loss but one should go for slow and steady one,” he had earlier said during an on location press conference. Even in this video shared, you'll see Aamir's diet plan work magic. From flab to fab, indeed! We think this man surely deserves an award simply for sticking to his determination and working wonders with his body. We believe he and Salman are the only actors who have flaunted their paunches onscreen. That's a big deal, in a world that only wants ripped bodies, they sure set some new trends. (ALSO READ: 5 quotes of Aamir Khan that prove his transformation for Dangal was extremely difficult) Also Read - Kajol, Suriya, Reema Kagti join Shah Rukh Khan, Vidya Balan and more at the Oscar Academy this year [Deets Inside]

When inquired about his period of weight gain and loss, the actor stated, "The journey was very scary. I reached 97 kilos and I had only five months to lose weight. I was worried that I will not lose, but I had too. It was the most difficult time." Clearly, he is quite proud of his transformation and you'll be inspired once you see it too! Check out the video and see how the actor changed his body from flab to fab. Tell us your thoughts in the comments section below. Stay tuned to this space for more such interesting stuff from the Dangal camp! Also Read - Kareena Kapoor Khan's son Jeh has got some new friends in London; Bebo calls them 'Best kind of friends' [View Pic]