Aamir Khan's daughter Ira Khan has finally confirmed that she is dating musician Mishaal Kirpalani. Rumours of their relationship were doing the rounds for a long time now

Aamir Khan's daughter Ira Khan has finally confirmed that she is dating musician Mishaal Kirpalani. Rumours of their relationship were doing the rounds for a long time now. Ira herself decided to seal the deal and make their relationship insta-official. The 22-year-old revealed the same via her Instagram story. The belle fille was asked by an Instagram user if she was dating someone during Ask Me session conducted by Ira. Replying to the user, Ira shared a cute picture with Mishaal wherein she can be seen hugging him. Without saying a word or two, Ira let her picture with beau Mishaal do the talking. Also Read - Akshay Kumar, Aamir Khan, Ranveer Singh and more: Here are the release dates of the upcoming biggies of these Bollywood superstars 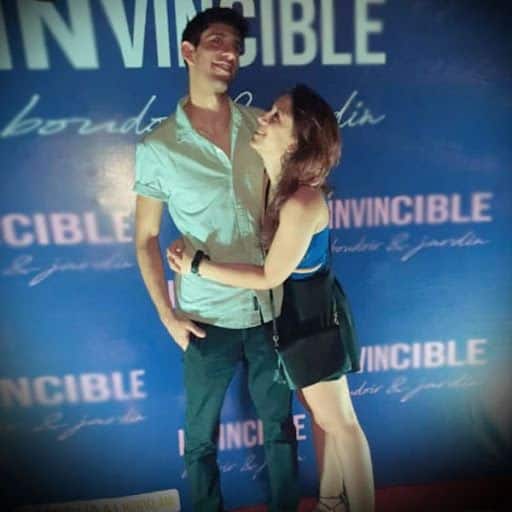 If you think, this is the first time Ira has shared a picture with Mishaal Kirpalani then you're slightly mistaken. Ira's social media handle is flooded with their adorable pictures and looking at those snaps, one can easily guess that Mishaal and Ira share a special relationship. Now that the young girl has herself confessed it, let us take you through Ira's beautiful images with her boyfriend... Also Read - Love Story box office collection day 1: Naga Chaitanya-Sai Pallavi starrer becomes the biggest opener for an Indian movie post the COVID-19 second wave

Hope your Spring Break was sunny and smiley as @mishaalkirpalani's, which of course, I piled onto ❤❤❤ ? @sahirahoshidar

Welcome to the family, Simba.

New Year's is such a weird concept. But we go along with it anyway. And its fun.. So Happy New Year!❤

Talking about his children- Junaid and Ira's wish to pursue a career in films, Aamir Khan had earlier said on Koffee With Karan, "When Junaid said that he wanted to go and train as an actor, the first thing I said was, 'Look, you should follow your heart and do what you want. But when the time comes for you to take your first step as an actor, if I feel that you are not good enough, I will tell you that on your face and I won't actively do anything to support you.' Because that will be unfair for the film and it will be unfair for the audience. If you're good, then you'll get opportunities. Perhaps from me, perhaps from others. That goes for Ira as well."

When asked about Ira, in particular, the Thugs Of Hindostan actor had added, "I'm not quite sure what she has in mind but I suspect that she likes the world of cinema and filmmaking. So maybe that's where she would want to go, I don't know."