Tusshar and Aftab not just dressed like Ajay Devgn from Singham, they also made fun of his dialogue ' Aata Majhi Satakli' from the film. 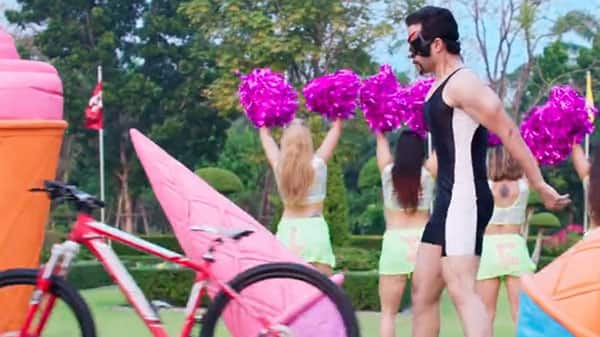 After making fun of Salman Khan's dialogue from Prem Ratan Payo at the start of the trailer, Tusshar spoofed Salman's Devil from Kick. He not just took digs at Salman's famous train scene stunt from the film, but even parodied the dialogue ' Aap Devil Ke Peeche, Devil Aap Ke Peeche...Too Much Fun'!

Gizele Thakral did a Vidya Balan from Dirty Picture by playing a sexy teacher just like the way the National award winning actress did.

Even Ranbir Kapoor and Imtiaz Ali's Rockstar was targeted as Tusshar and Aftab pulled a Nandaan Parinde in their own style.

The picture says it all. Tusshar and Aftab go nude hiding their unmentionables with transistor just the way Aamir did it in PK.

Aftab's Thakur from this Sholay spoof not just has arms, but he is also seen romancing Basanti oddly.