Aamir Khan's Secret Superstar has raced ahead of PK! 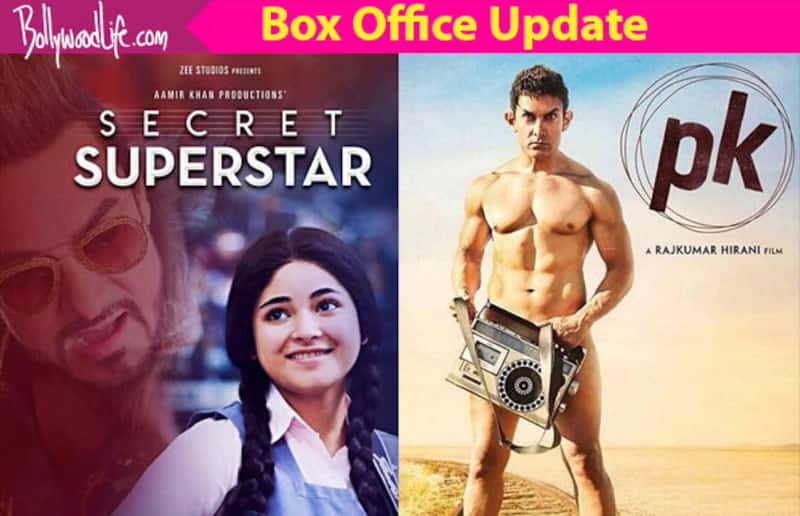 Aamir Khan's last release - The Secret Superstar has taken the Chinese Bo office by storm. In only 20 days the film has managed to cross the Rs 800 crore mark at the box office worldwide, thus becoming the fourth movie to manage this feat. The movie is clearly unstoppable owing to its inspiring story and Aamir Khan's clout in China. Both factors combined have made this film a not-so-secret superstar at the Chinese box office! If this is not all the movie, as of today i.e 10th February 2018 the movie has BEAT PK as it rakes in Rs 833 crore gross at the worldwide box office vs Rs 832 crore. The film is now the no 2 top Indian film at the worldwide box office, keeping Baahubali 2 aside ( considering it's a non-Hindi film). Interestingly, the top 3 films star Aamir Khan! Clearly, this actor is not only breaking his own records but also creating new ones. Also Read: Secret Superstar movie review: Aamir Khan and Zaira Wasim are excellent in this thought-provoking but entertaining drama Also Read - Trending Entertainment News Today: Ranveer Singh praises Deepika Padukone amid separation rumours; Mouni Roy's career to pick momentum and more

Secret Superstar stars Zaira Wasim, Meher VJ and Raj Arjun in lead roles. The movie is about a girl from a conservative family with a daring dream to become a musician. It is Aamir Khan's character that encourages her to make it come true. The film is directed by Advait Chandan. The film won three awards at the Filmfare in the Best Actress (critics), Best Supporting Actress and Best Singer category. Also Read - Aamir Khan, Akshay Kumar, Salman Khan and other stars who have worked in South remakes to stay on top of box office game

. @aamir_khan 's #SecretSuperstar is now the All-Time No.2 Hindi movie at the WW Box office..

In other news, Salman Khan's film Bhajrangi Bhaijaan is set to release as Little Lolita Monkey God Uncle on March 2 in China. Considering this is an inspiring tale as well, will this movie strike chord? The movie will release in 8000 screens. As for Secret Superstar, is it set to race ahead of Dangal as well? You never know! Aamir Khan has proved anything is possible. Also Read - Aamir Khan all set to bounce back; to begin work on RS Prasanna's Spanish film Campeones remake from January 2023?