Such brilliant ideas...all for nothing!

Many times we have heard about some really interesting project getting announced and then shelved, be it Hollywood or Bollywood! Also Read - From Aamir Khan’s Akele Hum Akele Tum to Rupali Ganguly’s Sarabhai Vs Sarabhai: check out the Pakistani copies of these 9 Bollywood films and hit TV shows

Ask Shekhar Kapur! He must have announced a lot of films, including the always-failing-to-launch Paani, only to leave that and work on something else! Recently we had heard about Karan Johar's problems with Shhuddhi, which is adamantly refusing to get launched, with due to casting issues (Salman Khan walks out and gets replaced by Varun Dhawan) and then production problems. There were also other films that were announced but never took off, like Rajkumar Santoshi's ambitious Power, that would have starred Amitabh Bachchan, Anil Kapoor, Sanjay Dutt and Ajay Devgn, a pre-Aag Ram Gopal Varma's take on Mackenna's Gold, Ek, that was said to have one of the biggest star-cast! Also Read - OMG! Kareena Kapoor Khan reveals Taimur Ali Khan FIRED her for THIS reason – deets inside

...and there are some really interesting films like below that get shelved after the shoot has started, or after they have even made a trailer! Also Read - Before Katrina Kaif and Vicky Kaushal, these 10 celebrity couples also had a winter wedding – view pics 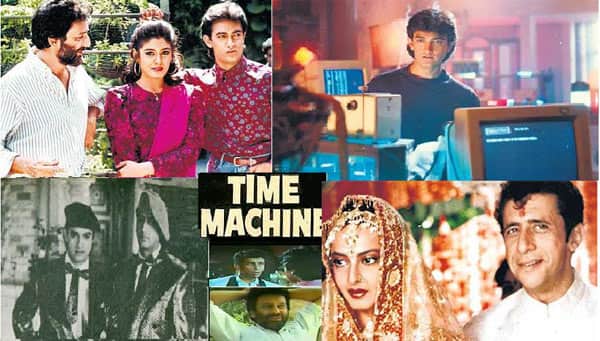 A time travelling film that features Aamir Khan, Raveena Tandon, Rekha and Naseeruddin Shah, directed by Shekhar Kapur! Now tell me isn't that an interesting development. Time Machine would have been our proper answer to Hollywood's Back To The Future (forget the horrendous Action Replayy ever happened!). Shekhar Kapur was already most sought after director after his previous sci-fi flick turned to be a HUGE blockbuster! The shooting had even started, before it got shelved and Shekhar Kapur later went on to make bandit Queen and headed to Hollywood. Another interesting fact is that he had announced one more musical Bollywood film, Ta Ra Rum Pum, that would have starred Hrithik Roshan and Preity Zinta (making her debut here), which also got shelved! 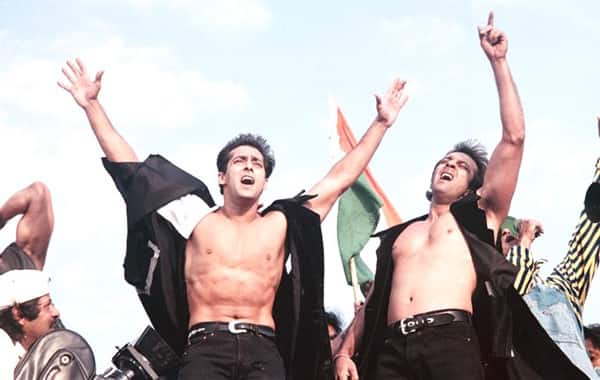 No...not the Anubhav Sinha's stylish action flick that had Abhishek Bachchan and Sanjay Dutt. This one was late director Mukul Anand's pet project and his most ambitious one as well, that also had Sanjay Dutt, with Salman Khan also playing one of the main leads. The film was about cross-border terrorism and was one of the hottest projects (with two of its songs even making it to the charts!). However, the unexpected demise of the director put the film on hold and later shelved!

Seriously, what's going on between Tarun Mansukhani and Karan Johar? Not only has Tarun not directed a single film after 2008's Dostana, his animation film for Dharma Productions, Koochie Koochie Hota Hai is yet to see light of the day. The film is an animated take of Karan Johar's Kuch Kuch Hota Hai, with humans replaced by dogs and other animals. Shah Rukh Khan, Kajol and Rani Mukherji reprise their roles in the animated avatars, with Sanjay Dutt replacing Salman Khan, and Riteish Deshmukh and Uday Chopra providing additional voices. The makers even released a trailer which had some impressive animations going by Indian standards, but that's all we are going to get w.r.t. the film! 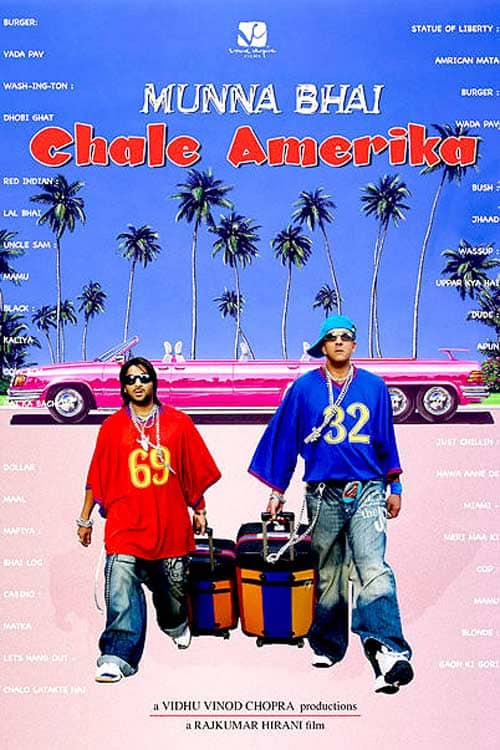 Immediately after the success of Lage Raho Munna Bhai, Rajkumar Hirani and Vidhu Vinod Chopra immediately decided to work on the third installment of the franchise, where both Munna and Circuit reach US of A and teach the President there some Gandhigiri! They even shot a trailer for the same, but Karar Johar played spoilsport in their plans by releasing My Name is Khan. The script of the SRK film was found to be too similar to what Hirani and Abhijat Joshi had in mind, so they dropped the plans altogether. But you can still watch the SMS-joke filled trailer here... 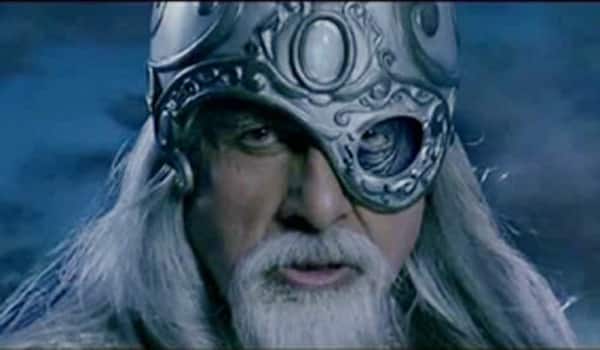 Along with the previous film, Vidhu Vinod Chopra also announced another film, Taalismaan that was supposed to be directed by adman Ram Madhvani (who is currently directing Sonam Kapoor in the Neerja Bhanot biopic). It was supposed to be a mythical fantasy love story with Amitabh Bachchan playing the Protector. They even released a teaser of sorts where Amitabh Bachchan is shown in a warrior suit and commanding an army in English! However, the film didn't develop beyond that teaser! 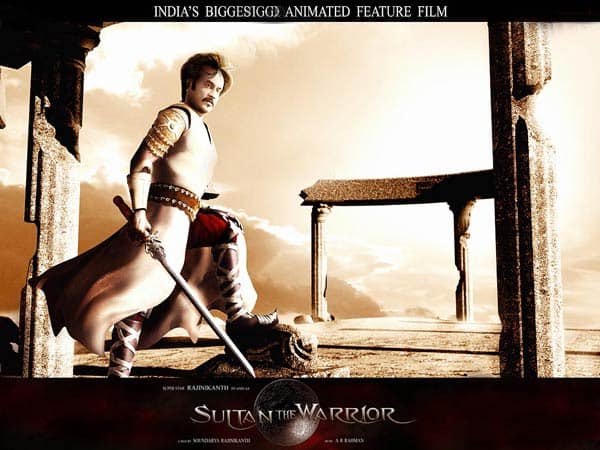 Before Kochadaiiyaan came, saw and sank, Soundarya Rajinikanth had already developed another animated motion-capture film with her father, titled Sultan. They even released the trailer, which I must say had better animations, than what we witnessed in Kochadaiiyaan. The film later faced production problems and we got stuck with the other one! 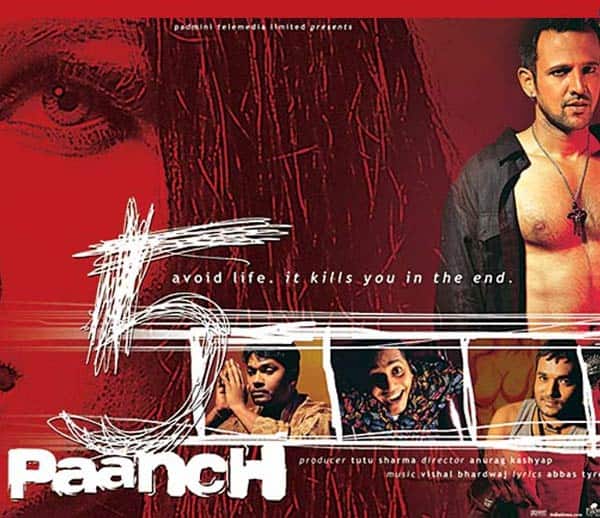 This is the only film in the list that was completed yet couldn't find a proper release thanks to our sanskaari Censor Board. It was supposed to be Anurag Kashyap's debut - a gritty dark thriller about a band that gets itself trapped in a web of deceit, drugs, betrayals and murder. The Censor Board had issues with the violence displayed in the film, AK fought tooth and nail and the film's release suffered. Anurag later used the same template for Bejoy Nambiar's Shaitaan. Paanch, meanwhile, got leaked online and having watched the film, I must it would have been one of his best films, if not the best! 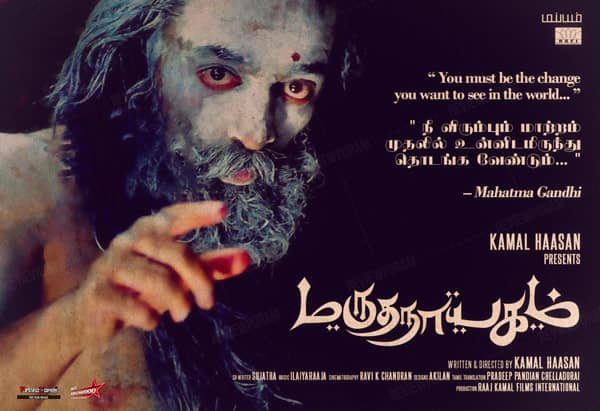 Oh, the hype surrounding the film when it was launched is something I would never forget as a movie aficionado! This was Kamal Haasan's most ambitious pet project and he even got Queen Elizabeth to launch the film in 1997. It was based on an 18th century real-life warrior, Mohammed Yusuf Khan. Kamal had shot almost an hour long footage including war scenes, before he ran out of funds to complete the film. The project has since been stuck in a limbo, and though Kamal still dreams of reviving it, there is no scope of having that anytime soon. Though the leaked footage of the film that came out a couple of years ago was impressive to say the least... 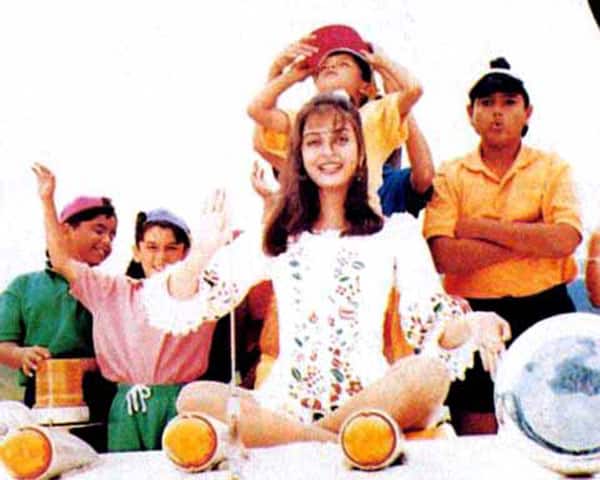 This was a time when Suneil Shetty was one of the most popular and in-demand heroes and he was cast opposite one of the most beautiful women on Earth, Aishwarya Rai Bachchan in not one but three films - Purab Ka Laila Paschim Ka Chaila, Radhe Shyam Sita Ram and Hum Panchhi Ek Daal Ke! Worst part is not even one film reached its completion. Among the three films, it was Hum Panchhi that looked the most interesting, as it was said to be on the lines of Mr India, a sci fi flick with kids with Ashutosh Rana playing a galactic emperor and a villain. Sadly, all we got are a few stills...that's it! 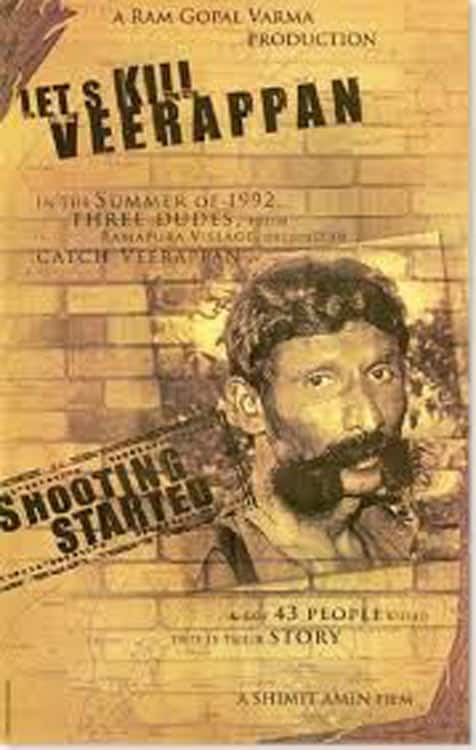 Though the film had no stars, what's the most interesting aspect about the film is that it was supposed to be directed by Chak De India fame Shimit Amin, and was conceived by RGV, when he was the most interesting and sought-after movie-maker in Bollywood. It was announced in 2004 and was about three friends who decide to catch the notorious sandalwood killer Veerappan. The shooting had even started, however, the death of the dacoit a couple of months later made the makers realise the plot is now completely futile and the film was shelved. RGV is now making another film in Kannada about the operation behind Veerappan's encounter in Killing Veerappan.

Wish the above films managed to get a release? Share your thoughts below...