The first look of Vijay Sethupathi's Aandavan Kattalai is out and it looks very mysterious!... 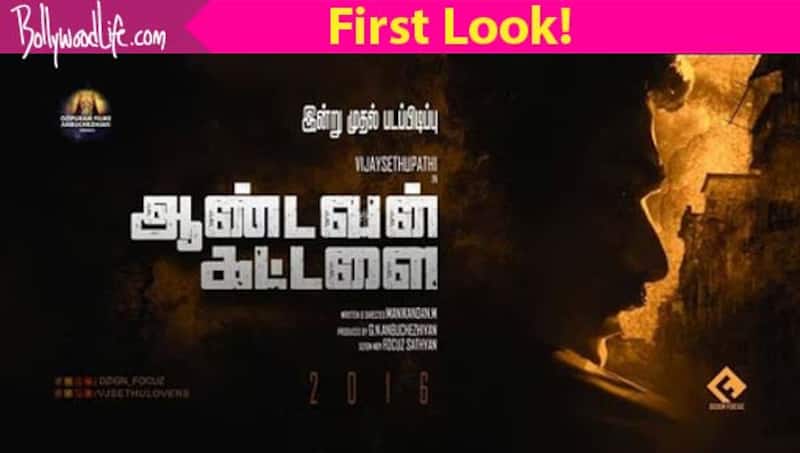 The film is helmed by the Kakka Muttai director

There is just no stopping Vijay Sethupathi at the moment. He has at least five films releasing this year, one of them tomorrow, and he has kicked started work for his next film, titled as Aandavan Kattalai. The film went on floors today and surprisingly, the first look is already here. Also Read - Trending OTT News Today: Gopichand's Pakka Commercial chalks unique digital release strategy, Jeffrey Dean Morgan to join The Boys season 4 and more

The poster looks very simple, yet we can be rest assured that the film will be anything but. It shows a black background covering half the picture, with words Aandavan Kattalai emblazoned in the centre. The other half has a murky outline of Vijay Sethupathi's face with a rusty brown background with a row of houses visible in the back. On the whole, it spills little information as to what the film is about. Also Read - After Suriya in Vikram, get ready for these smashing CAMEOS of more South stars in upcoming Tamil and Bollywood movies

Aandavan Kattalai is directed by Manikandan of Kakka Muttai fame, which even went on to win two National awards. While Kakka Muttai was a pretty serious movie that caused much social reflection, this film will be much lighter and entertaining. However, the director claimed that it will not be a laugh riot and that there will comedy only in moderation. The major portions of the film will be shot in Chennai and it seems that just like the previous Manikandan film, this one will also have a strong social message. Also Read - Kamal Haasan opens up on Vikram box office success; REVEALS he will repay all his loans

The movie also stars Ritika Singh of Irudhi Suttru fame who won many accolades for her power packed performance in the movie. Stay tuned for more updates on this new Sethupathi project.