We totally love it when Aishwarya Rai Bachchan gets clicked with Aaradhya in town. They are simply adorable. The diva's little angel is every bit a little lady. The last year was particularly awesome with the two posing in gowns at Cannes and Aaradhya's ethnic outing for the Durga Puja festivities. Aishwarya is a hands-on momma and takes her little one wherever possible. She is also a little protective as we saw at the event at the hospital where she lost her cool on the paps. But that's a one off incident and Aishwarya is pretty calm otherwise. Well, mom and daughter were seen today afternoon at the airport twinning in blue.

Also Read - Couple on screen, dushman off screen - These 6 Bollywood jodis hated each other but shared a great chemistry in films

They wore identical T-shirts of Abhishek Bachchan's football team, the Chennaiyin FC. Denims and sneakers completed their look. Aishwarya carried a big tote but what we love are the hairbands that Aaradhya always sports. She has a love for big hairbands, the ones you would see on the ladies in a Derby. Also Read - Throwback Thursday: Jaya Bachchan once wanted to slap Shah Rukh Khan for dragging Aishwarya Rai Bachchan in his fight with Salman Khan 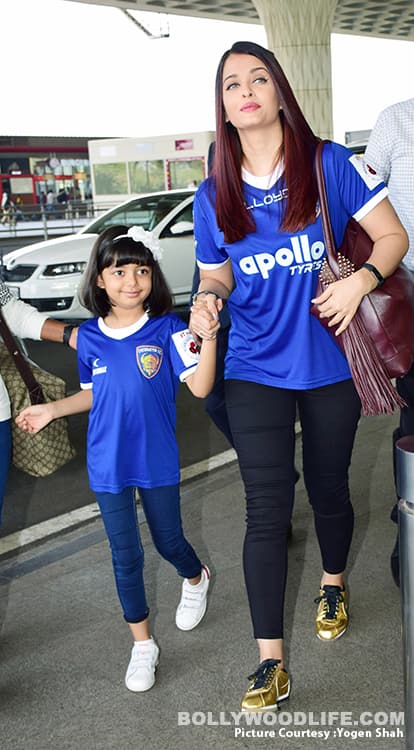 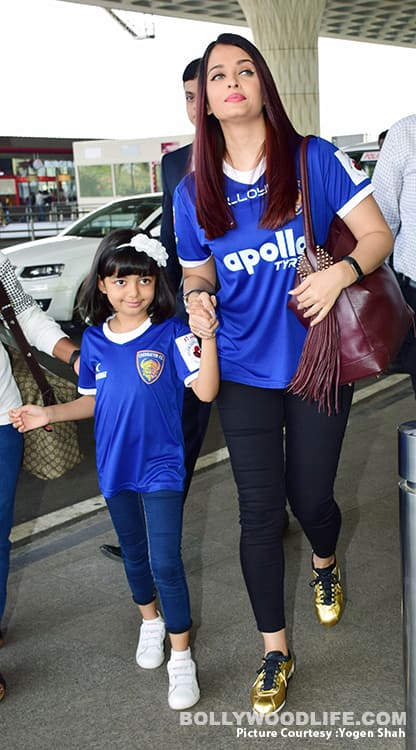 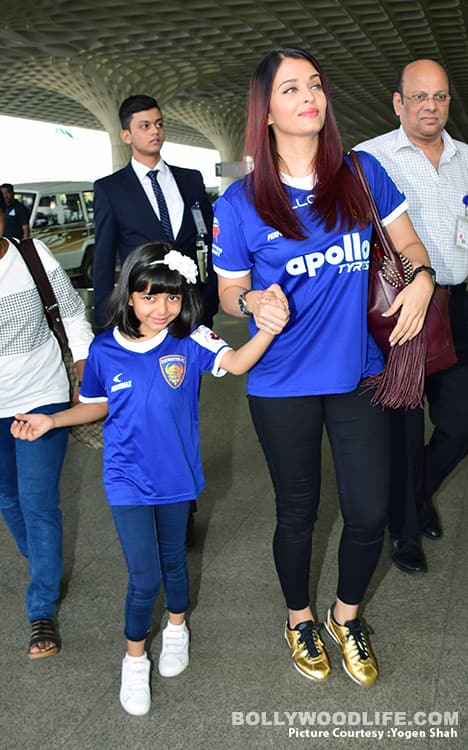 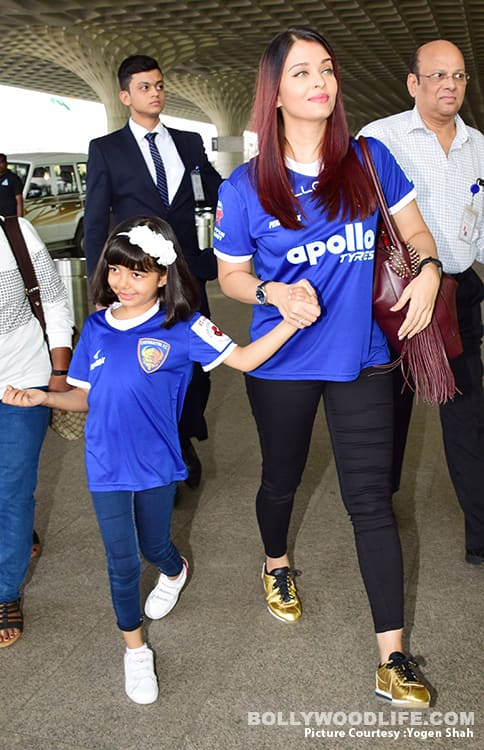 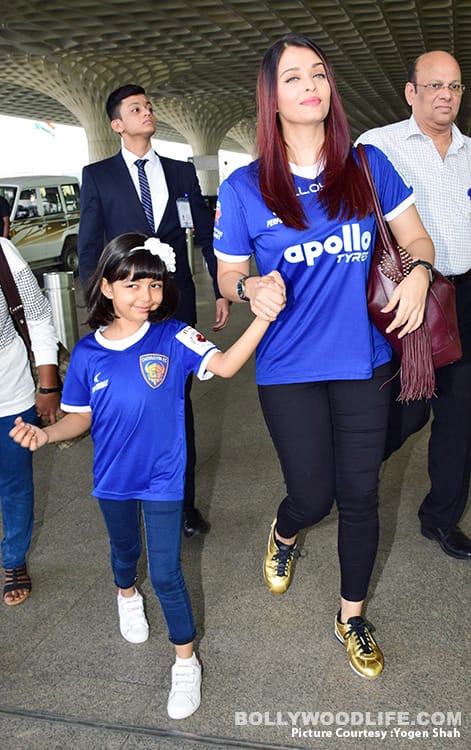 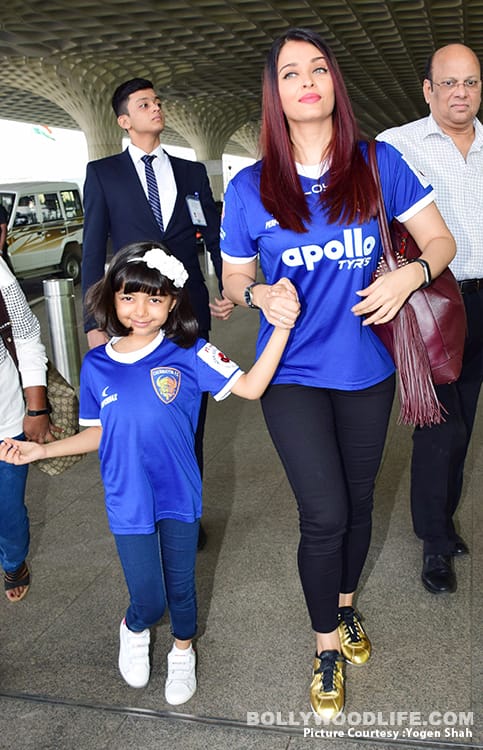 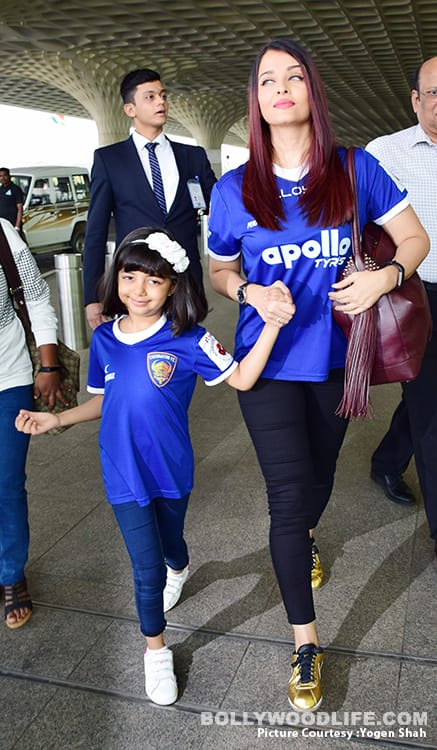 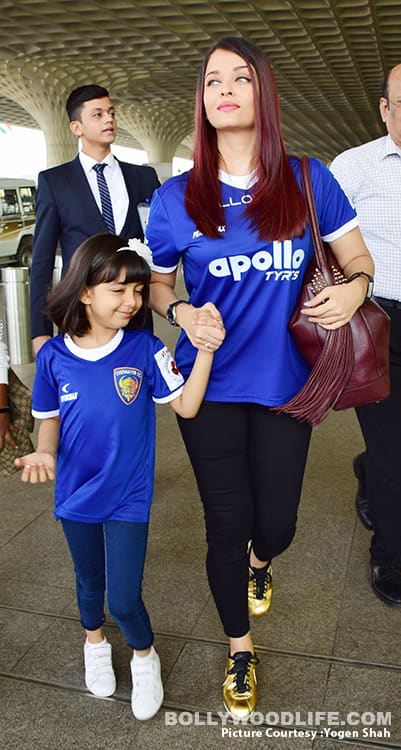 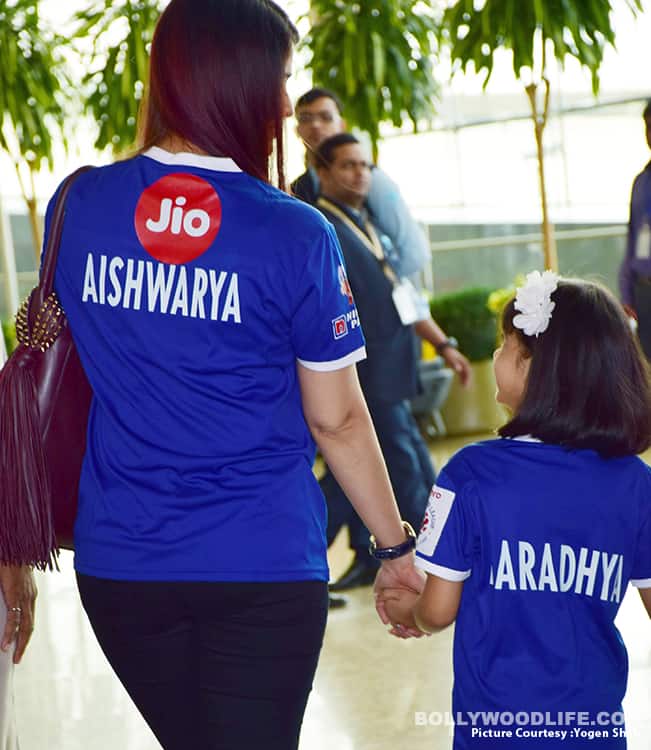 Aishwarya Rai Bachchan's little one could not stop smiling at the cameraman. She is one of the confident kids around. We guess Aaradhya is pretty used to it now. Mommy Ash has said that she finds Aaradhya's posing very cute. Well, she will have a streak of a diva in her. On the professional front, Aishwarya is busy with Fanney Khan, where she plays a singer. The actress will be seen with Rajkummar Rao. Stay tuned to Bollywood Life for more scoop and updates...