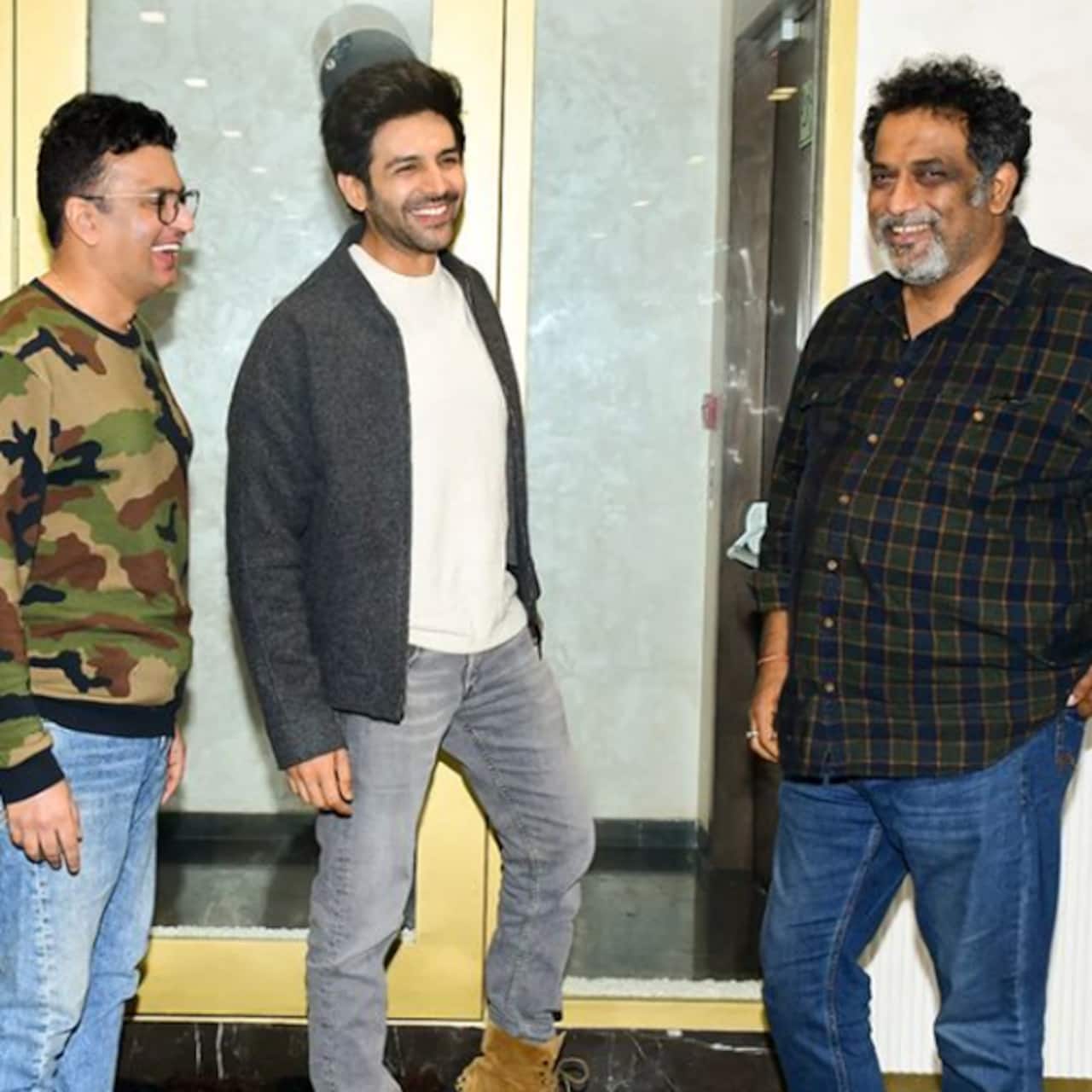 Bollywood actor Kartik Aaryan announced that he will be part of the heart-wrenching sequel Aashiqui 3. The third installment of the film will be helmed by Anurag Basu and it will be produced by Bhushan Kumar. The makers of Aashiqui 3 have not revealed the details of the film as of now. Last evening, Kartik, Anurag, and Bhushan were snapped at an office and fans speculated that the trio will be discussing Aashiqui 3's further development. Also Read - Aashiqui 3: Kartik Aaryan and Sara Ali Khan finalised to play lovers again? Pankaj Tripathi has a significant role

In September of this year, Bhool Bhulaiyaa 2 actor Kartik made the big announcement as he shared a post on social media. His post read, 'This one is going to be Heart-wrenching !! My First with Basu Da'. In an interview with a media portal, Kartik had said that Aashiqui 3 is like a dream come true for him and he grew up watching the Bollywood sequel. He even revealed that he is a big fan of Anurag's work and that collaborating with him will shape him in several ways. Also Read - Shehzada actor Kartik Aaryan BREAKS silence on dating rumours with Sara Ali Khan, Ananya Panday; says 'My dates are...'

Earlier, there was a buzz that Sidharth Malhotra and Alia Bhatt may be seen in Aashiqui 3. It seems as if fans would have to wait to see the two together on the big screens. Aashiqui was released in 1990 and was helmed by Mahesh Bhatt. The film featured Rahul Roy and Anu Aggarwal. The second part of Aashiqui was helmed by Mohit Suri in 2013. The film starred Shraddha Kapoor and Aditya Roy Kapur.

On the work front, Aashiqui 3, Kartik Aaryan has Satyaprem Ki Katha with Kiara Advani, Shehzada, and Captain India in his pipeline. He is currently seen in Freddy with Alaya F. The film has been released on Disney+Hotstar. The storyline of Freddy is about a shy dentist who turns a killer at night.