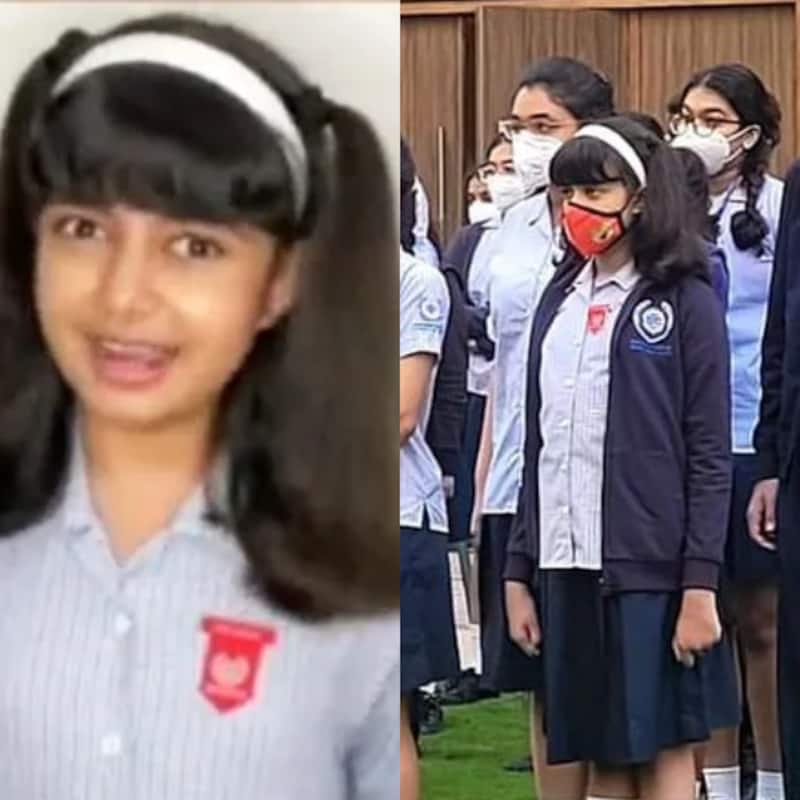 Aaradhya Bachchan is a fave of the paparazzi like other star kids. Abhishek Bachchan and Aishwarya Rai Bachchan's daughter has gone viral on so many occasions whether it is her look at Cannes or the recent videos from a school event. Of late, a video went viral where one could see Aaradhya Bachchan reciting a poem in Hindi. Netizens showered a lot of love on the young lady. Abhishek Bachchan had also reacted to the love she was getting from everyone. As we know, Amitabh Bachchan is known for his command over Hindi literature. Aaradhya Bachchan's great grand-father late Harivansh Rai Bachchan is one of the legends of Hindi poetry in India. When a Twitter wrote about how Aaradhya was continuing the legacy of the family, Abhishek Bachchan reacted with folded hands emoji. Also Read - Rakhi Sawant brutally TROLLED for claiming BF Adil is planning to buy 10 flats in Dubai as they're cheaper; netizens say, 'My whole life's a lie'

Now, Abhishek Bachchan told India Express that Aaradhya Bachchan's videos were not leaked from school. He assured fans that nothing of that sort was happening. He said that they were not leaked from the school or anywhere. He said people would click her the minute she steps out of the house. Abhishek Bachchan said there was no point fretting over it. He said that she is the daughter of celebrity parents, and the grand-daughter of one of India's legends. Aaradhya has been in the news as people compare her looks with that of Lisa Manoban from Blackpink. Also Read - Vijay Deverakonda, Aamir Khan, Sunny Leone and more: Bollywood stars who bared it all and posed nude for film posters [VIEW PICS]

He also revealed that Aishwarya Rai Bachchan gives lessons in humility to Aaradhya to keep her grounded. He said that the former Miss World tells her daughter to appreciate the fact that she gets love and attention in this manner. He says she tells her daughter not to take it as a privilege. Talking about his daughter entering showbiz, he said that the parents have told her that she needs to work really hard to do that. It seems the couple made peace about the paparazzi attention a long time back. Abhishek Bachchan is being seen on Dasvi now while Aishwarya Rai Bachchan is awaiting Ponniyin Selvan. Also Read - Liger: Vijay Deverakonda's nude poster hits a milestone on Instagram; excited fans declare him 'Hottest man alive' [VIEW TWEETS]