B Praak has recreated Achha Sila Diya with Nora Fatehi and Rajkummar Rao alongside Aakash Ahuja. The song is out now. We bet you would not be able to take your eyes off Nora in Achha Sila Diya. 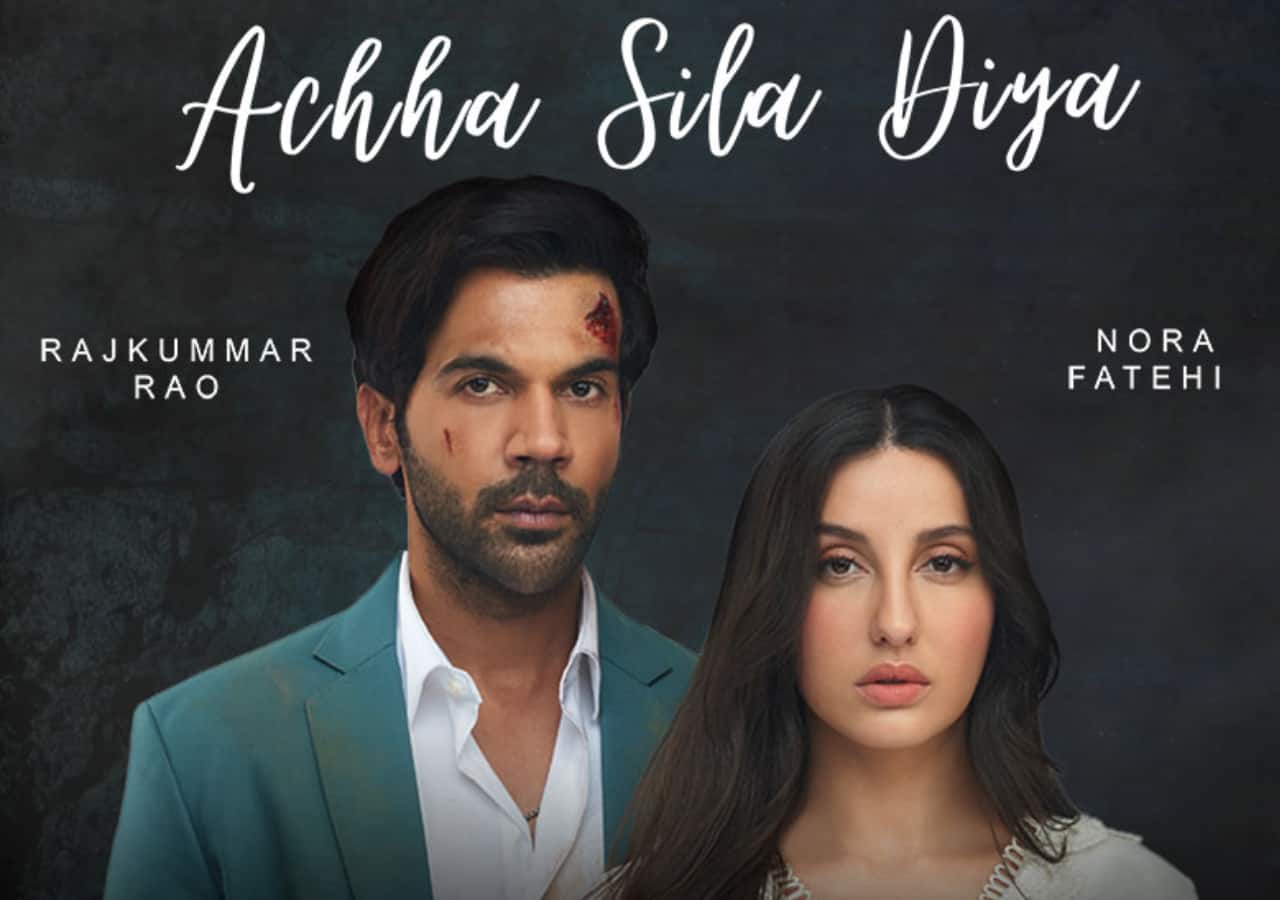 So, Nora Fatehi is back with another tragic melodious number Achha Sila Diya which co-stars Rajkummar Rao and Aakash Ahuja. B Praak has lent his vocals to the tragic number whose lyrics have been penned by Jaani. It is a remake of a popular old song Achha Sila Diya Tune Mere Pyaar Ka. The original number was sung by Sonu Nigam and is still one of the most tragic songs ever made. The story of the new version of Achha Sila Diya is quite interesting. And fans are loving the song too. Also Read - Jacqueline Fernandez, Nora Fatehi claim Sukesh Chandrashekhar destroyed their lives; become witnesses in EOW case

Entertainment News has been buzzing with the upcoming track Achha Sila Diya featuring Nora Fatehi and Rajkummar Rao and it is here. The story of the original song goes like Krishan Kumar being locked up in jail while his lover, Shilpa Shirodkar ties the knot with his rival. Krishan who plays Sundar escapes and shoots Sheetal eventually to know that she died because of his rival and not him. Talking about the new song Achha Sila Diya, begins with Rajkummar Rao getting up from an accident. At his home, Nora Fatehi is seen playing his wife, mourning the demise while answering the questions of the police. Rajkummar Rao is very much alive and returns home. He has learned about Nora Fatehi's affair with Aakash Ahuja. And plans to punish them. We'll let you guys watch the end in the song. Also Read - Nora Fatehi's latest photoshoot sparks off comparisons to Lady Gaga and Cardi B [View Pics]

So, while usually people don't accept the remakes of songs, this one seems like an exception for some. B Praak is a reputed singer while both Nora and Rajkummar are great with their dancing and acting skills. Nora has outdone herself in this one, acting-wise. She is just too good. Check out the reactions here: Also Read - Pakistani actress Sadia Khan REACTS to dating rumours with Aryan Khan 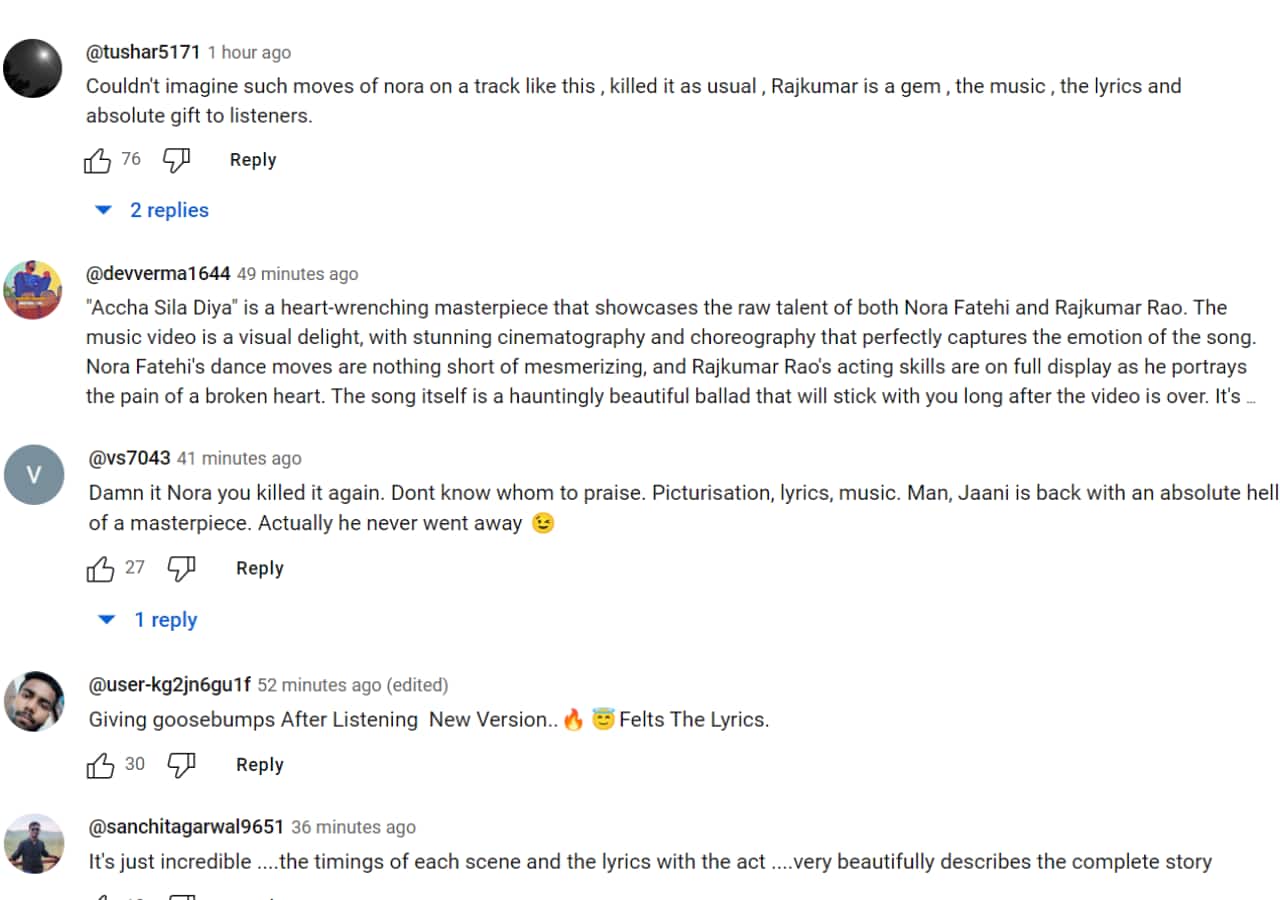 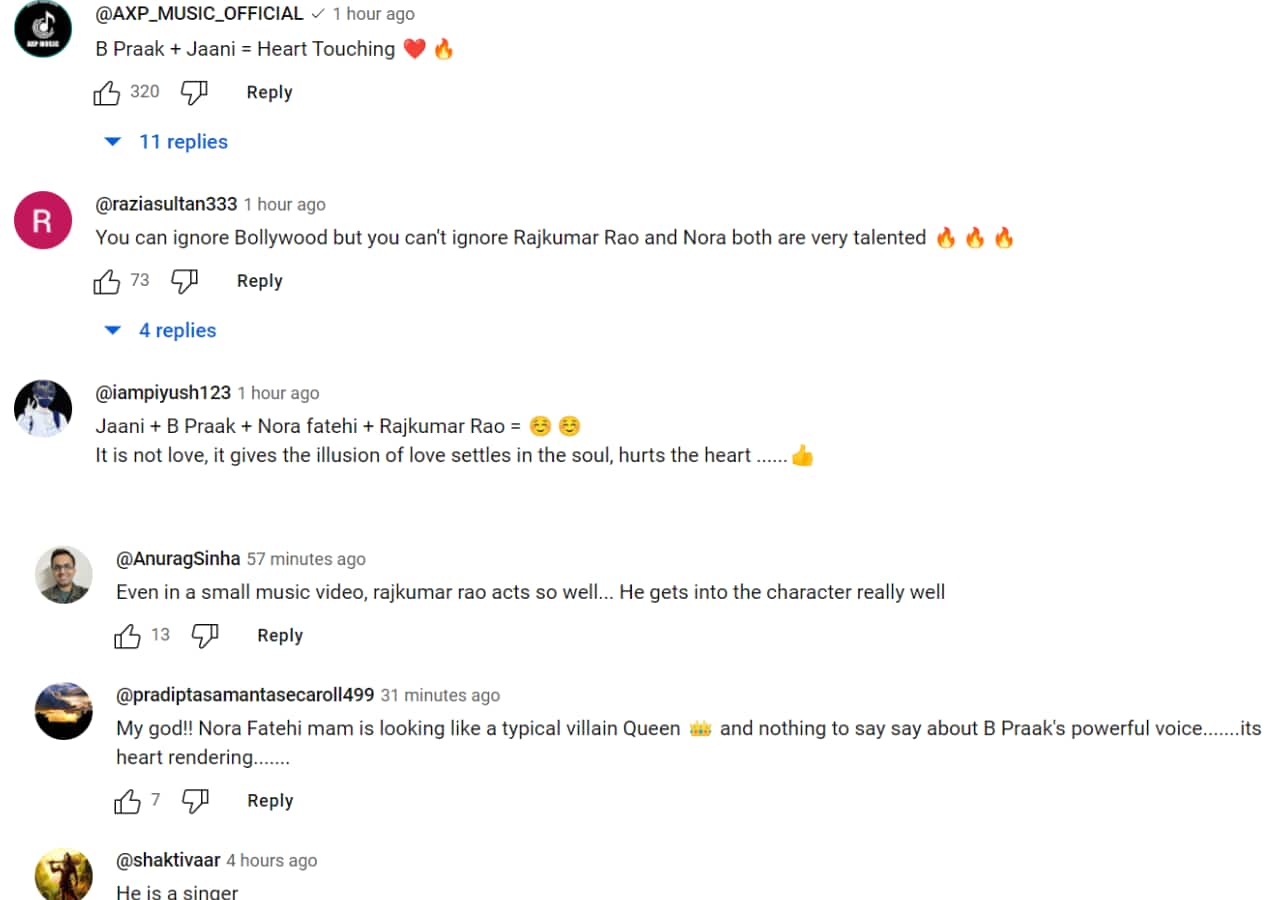 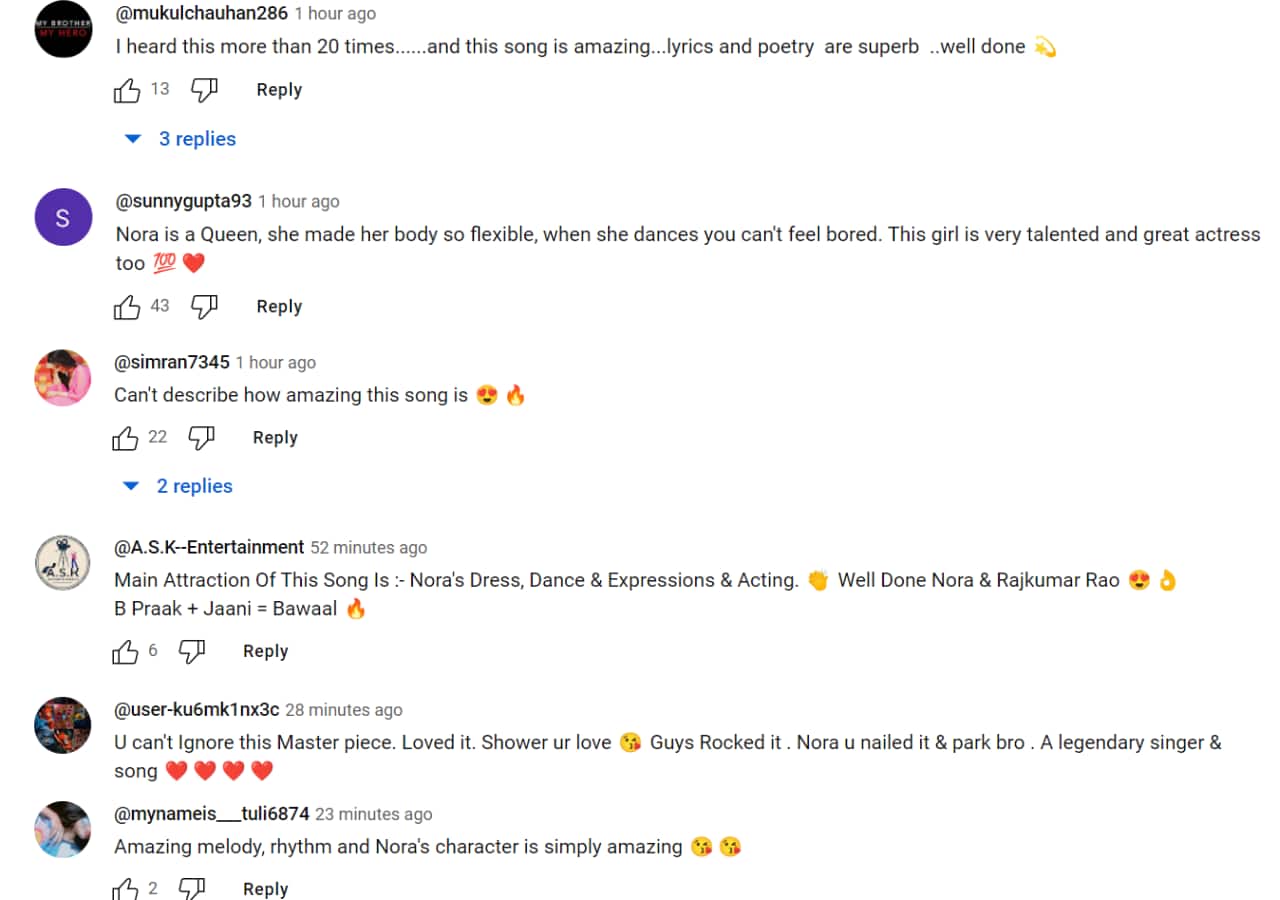 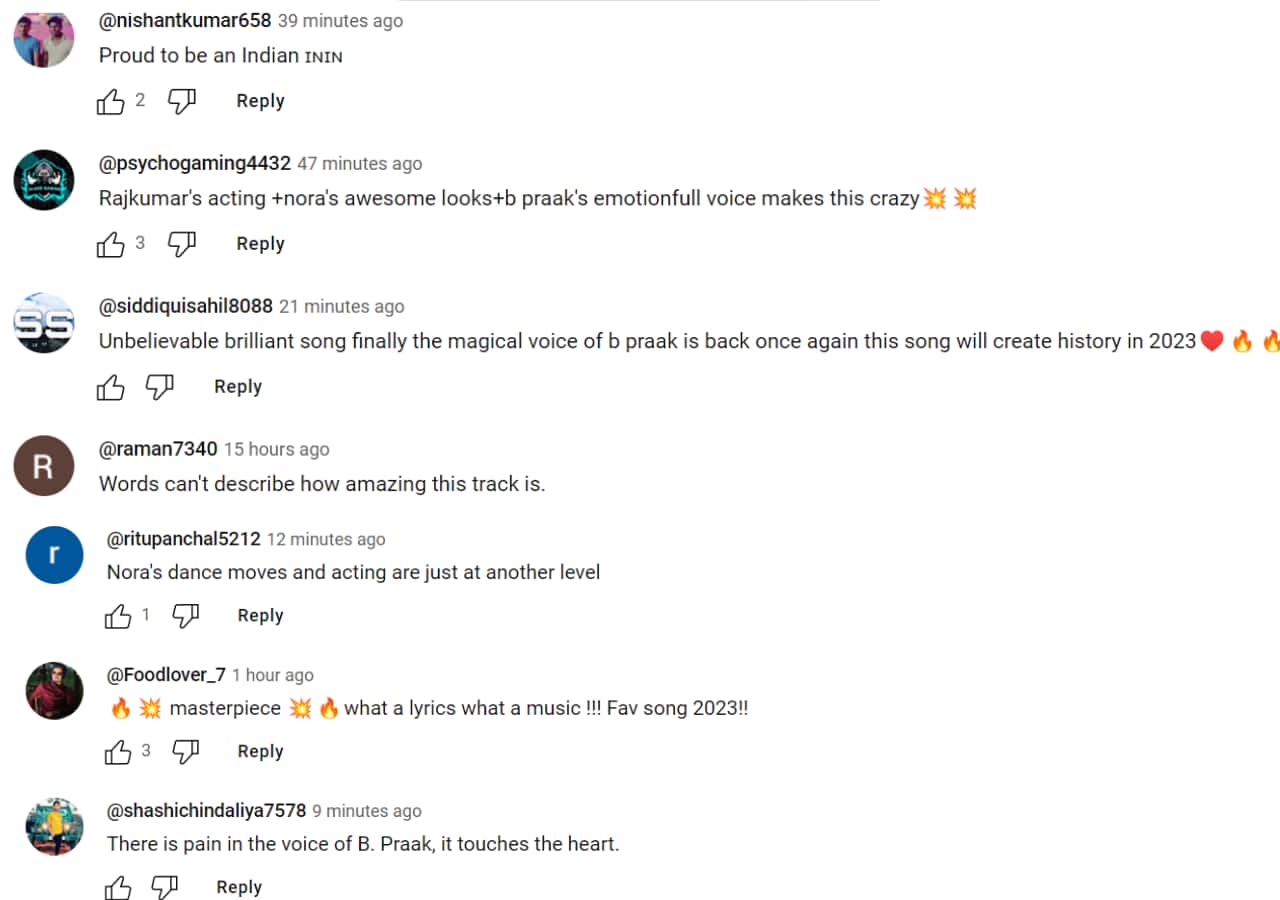 A lot of people said that they are already listening to it on a loop and some are calling it the heartbreak anthem of the year.