Adhyayan Suman paid a tribute to Sushant Singh Rajput with a music video of Jab Tak 2.0. Ankita Lokhande couldn't stop herself from sharing the video. Scroll down to watch the video...

Sushant Singh Rajput's demise has shocked the entire nation to the core. The actor was found dead at his residence in Mumbai on 14th June 2020. His tragic end has left everyone heartbroken. Adhyayan Suman, who had opened up on his battle with depression gave a tribute to the Chhichhore actor with a musical tribute on his famous song, Jab Tak from MS Dhoni: The Untold Story. Titled, Jab Tak 2.0, is a visual montage of the late actor's videos with vocals by Adhyayan.

Ankita Lokhande was left speechless after watching the video. She shared the video on her IGTV handle and wrote, "Tribute to Sushant. Speechless!!" Have a look at the snapshot of the same here: 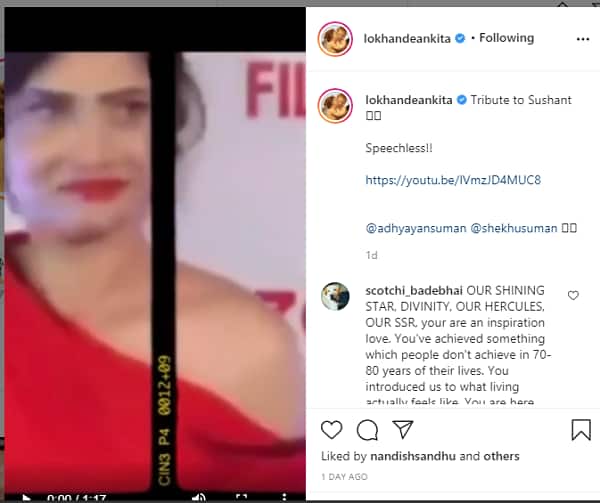 Adhyayan shared the video on his Instagram handle as well and thanked Ankita for sharing the same on her IG handle. Jab Tak 2.0 - A tribute for SSR. Thank you Ankita @lokhandeankita for sharing this and being a part of this tribute ! The least I could do is to put a smile on peoples faces who have been relentlessly fighting for #justiceforsushant . He will live in our hearts forever," he wrote in the caption.

Let us know your thoughts about Adhyayan's tribute rendition for SSR by tweeting to us @bollywood_life .