Adipurush: Dipika Chikhlia, Mukesh Khanna disapprove of Prabhas' reimagined Ramayan – 'They should not look like Mughals'

Director Om Raut's Adipurush is being brutally trolled for poor VFX and misrepresentation of Hindu deities in the film. Now, veteran actors Dipika Chikhlia and Mukesh Khanna have highly disapproved of the film's teaser. 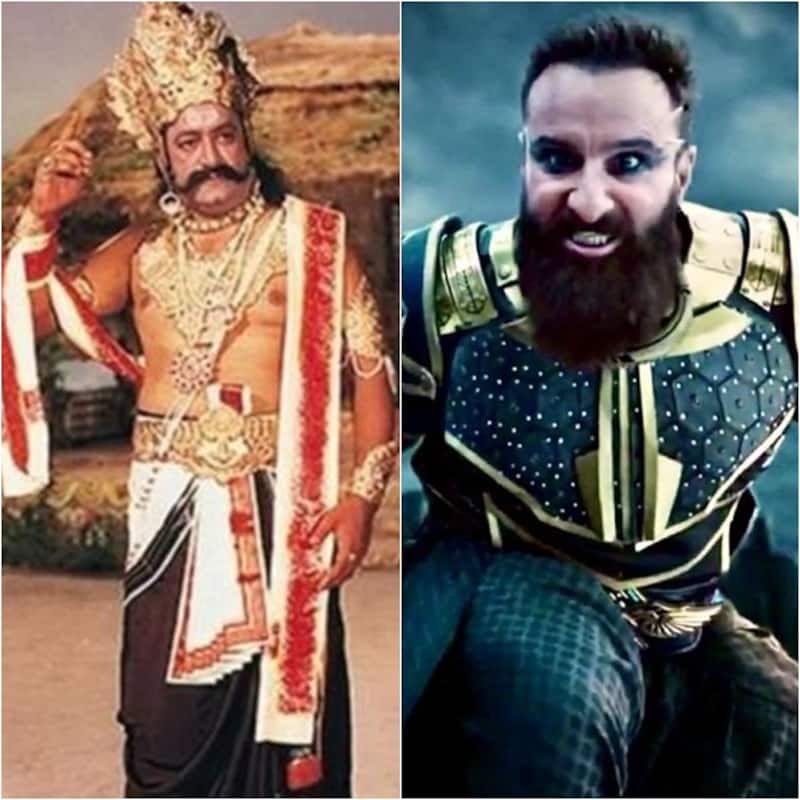 Prabhas, Kriti Sanon and director Om Raut recently launched the teaser of their much awaited film Adipurush. However, viewers were really not pleased with the representation of Hindu deities in this modern visual take on Ramayan. Apart from the audience, veteran actors Dipika Chikhlia, who played Sita in Ramanand Sagar's Ramayan and Mukesh Khanna, who essayed the role of Bhishma in Mahabharat, have highly disapproved of Adipurush teaser. Also Read - Trending South News today: Kangana Ranaut replaces Jyothika in Chandramukhi 2; Adipurush stars Prabhas, Kriti Sanon to get engaged and more

Expressing her disappointment, Dipika told Aaj Tak that she is unhappy with Saif Ali Khan's portrayal of Ravana as compared to veteran actor Arvind Trivedi who featured as Ravana alongside Dipika in Ramayan. She said that 'if the character is from Sri Lanka, they should not look like Mughals.' Also Read - Adipurush star Prabhas went down on his knees to propose Kriti Sanon? The rumoured couple might get engaged soon [Report]

"I could not understand much as we get to see him for mere 30 seconds in the teaser, but he does look different. I agree that times have changed and VFX is an essential part but only as long as the people's sentiments are not hurt. (But then) It is only a teaser, may be it does not do justice to the film. If I try to connect myself with Arvind Trivedi (Ravan in Ramanand Sagar's Ramayan), I would not feel good. But I also believe each actor has the liberty to portray a character as their interpretation,” Dipika added. Also Read - Trending Entertainment News: Aamir Khan grooves at Ira Khan-Nupur Shikhare engagement, Suniel Shetty confirms Athiya Shetty-KL Rahul wedding and more

On the other hand, Mukesh took to Instagram to slam the makers of Adipurush for their misrepresentation of the iconic mythological characters. "Can Shri Ram wear leather dress, leather slippers and have a moustache? Can Kanchan Varan Virat Suvesa Hanuman wear a leather belt instead of Janeu? Can Lankadheesh Ravana be Kala Kaluta? Can he keep a beard without a mustache? Can he go on a scary dragon-like ride instead of Pushpak vimana ??? Can he look like Allauddin Khilji ???? If you want to see all this, then definitely watch a film made of 500 crores - Adipurush !! TEASER is like this, so how will the film be????? Something to think about!!!" he wrote.

Meanwhile, director Om Raut said that he is disheartened because of the trolling but not surprised because the film is made for a larger medium, the big screen. "Given a choice, I'd never put it on YouTube but that's the need of the hour. We need to put it there so that it reaches a wide audience," he told The Indian Express.