Adipurush star Prabhas went down on his knees to propose Kriti Sanon? The rumoured couple might get engaged soon [Report]

Prabhas officially proposed Kriti Sanon on the sets of Adipurush and soon they are planning to even get engaged? 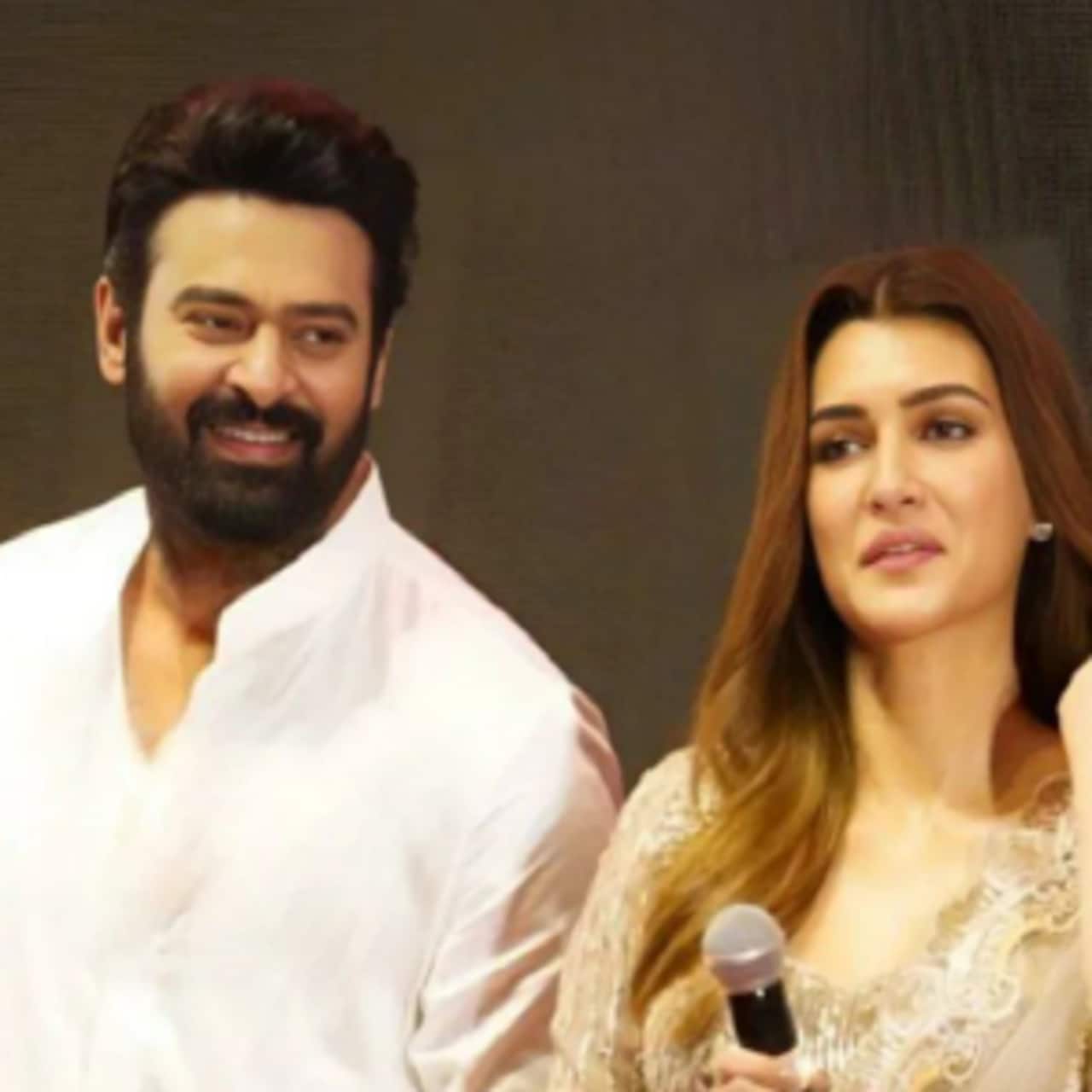 Love is in the air clearly for Adipurush co-stars Prabhas and Kriti Sanon. It was BollywoodLife that exclusively told you that both the actors are very fond of each other and taking things slow. And just recently Varun Dhawan dropped a massive hint at their relationship on National television when he said that Kriti's name is written on a heart of an actor who is not in Mumbai and is right now shooting with Deepika Padukone, smart enough to guess who the man is? Now one of the industry insiders has claimed that is confirmed Prabhas and Kriti are in a relationship and soon the rumoured lovebirds might get engaged. Also Read - Project K: Prabhas, Deepika Padukone starrer to be a two parts film like Baahubali? Here’s what we know

It is reported that Prabhas apparently went down on his knees to propose to Kriti Sanon on the sets of Adipurush and she said yes. The family of Prabhas and Kriti are also very happy with this relationship and have given the green signal for the same. And now soon after the release of their first film together, Kriti and Prabhas will get engaged. Also Read - Allu Arjun, Yash, Prabhas and more South Indian superstars and their unseen pictures with family

Officially Confirmed! #Prabhas proposed #KritiSanon during shoot of #Adipursh ! They are in a relationship now !!! Engagement is on the way very soon ?????❤️❤️

Well, the Adipurush co-stars fans are beaming with joy with this news. Kriti Sanon dating rumours parked after her appearance on Karan Johar's show Koffee With Karan 7 where she immediately called Prabhas on her; 'Hey Karan it's me' round and the fans couldn't contain their excitement to see this new bonding brewing up between them and ever since then the speculations of them being together is only going stronger and stronger. And now after Bhediya star, Varun gave this big hint, we wonder if Prabhas and Kriti will make it official? Also Read - Prabhas upcoming new movies slate revealed: To own box office with Adipurush, Salaar and more