Adipurush teaser: Saif Ali Khan's look as Raavan does not impress social media; some people drag in Taimur seeing the new avatar of Lankesh which is different from the past [Read Tweets] 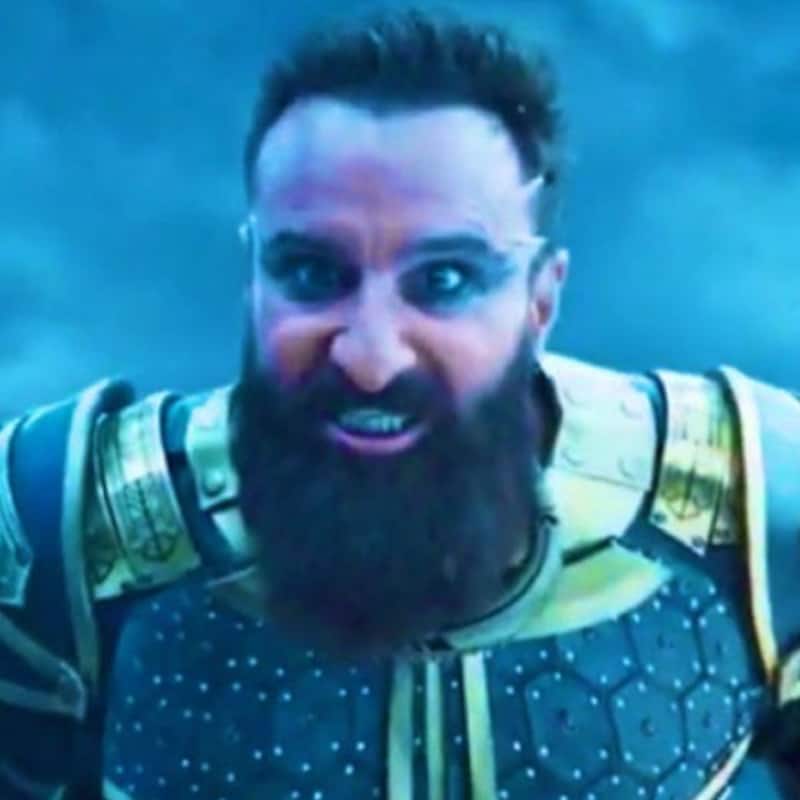 The teaser of Adipurush was out yesterday. Prabhas, Saif Ali Khan and Kriti Sanon fans seem to be terribly disappointed. There was a lot of talk on how Rs 500 crores has been spent on the VFX but the outcome in the teaser did not impress much. People are writing to Om Raut on social media to make amends before the film hit the screens on January 2023. There is extreme disappointment with the look of Saif Ali Khan. Fans feel that they have completely distorted how Raavan looked like from the pages of mythology. As we know, Raavan is worshipped in some parts of India. Also Read - Trending South News today: Kangana Ranaut replaces Jyothika in Chandramukhi 2; Adipurush stars Prabhas, Kriti Sanon to get engaged and more

Adipurush teaser seems to have particularly upset people with how Raavan has been shown. It is believed that Raavan was a scholar who composed the goose-bump inducing Shiv Tandav. He has knowledge of all the scriptures, vedas and was a great astrologer. People are upset that he does not have a kumkum on his forehead. Now, fans will remember how Sanjay Dutt's Tilak in Shamshera created a furore. It is hard to understand what the public really wants. Some netizens feel that Raavan has a Mughal look. This is why Saif Ali Khan and Taimur are discussed on social media. Take a look at the tweets... Also Read - Adipurush star Prabhas went down on his knees to propose Kriti Sanon? The rumoured couple might get engaged soon [Report]

Ravan was Brahmin, a scholar who composed “shiva tandav”.He had the knowledge of vedas & was an excellent astrologer. This pic of Saif Ali Khan is no where to Ravana. A South Indian Brahmin during those times would put kumkum on his forehead, this is a pic of “Mlecha” the Taimur. pic.twitter.com/bc8ACDq2ku

dosent matter to him whether he looks gazni or ravan . All that matters is changing the demographics in favour of AfPak

I have zero expectations from actors like Abu Taimur alias Saif. But I fail understand how extreme hinduphobes like Saif land roles in many Indian historical movies. Only option is to ignore any movies starring such actors irrespective of whether it Is produced by LW or RW.

He is #Taimur ka baap not "Ravan" !!
Pity these #bolywood nuts. https://t.co/LdLqPlnVG0

After 35 years, bollywood converted the ‘gracefulness’ of arrogant Ravan into Mughals. pic.twitter.com/PT1DmVxVg3