To celebrate the launch of Karan Johar's Ae Dil Hai Mushkil teaser and its saga of one-sided love story, let's look at 10 other Bollywood romances that is devoted to the spirit of unrequited love.

Is one way love the actual true love?

It translates to this, 'The power of one-sided love is something unique. Like other relationships, it doesn't need to be shared between two people; only one person has control over it - me.' I don't know how many of you will actually agree with the statement. Everyone expects the other person, with whom they are in love, to fall for him. As a person with enough crushes to last two lifetimes, I have been the purveyor of one-sided romances for long. But I never felt I was in control of one sided romance, I was more of whining and crying kind of guy. But then I am also not Ranbir Kapoor. Also Read - Tuesday Trivia: Did you know Aishwarya Rai’s daughter Aaradhya Bachchan once thought Ranbir Kapoor was her father and also had a huge crush on him?

Anyways, this line shows that the film deals with Ranbir who's more obsessed with his one-sided romance with Aishwarya Rai Bachchan (just taking a guess) than with a far more convenient romance with Anushka Sharma. BTW that line could also be the new age motto for all the stalkers in town. Also Read - 5 times Shah Rukh Khan charmed us with his surprising cameos in these Bollywood films

So, anyways to celebrate the launch of Karan Johar's Ae Dil Hai Mushkil teaser and its saga of one-sided love story, let's look at 10 other Bollywood romances that is devoted to the spirit of unrequited love. 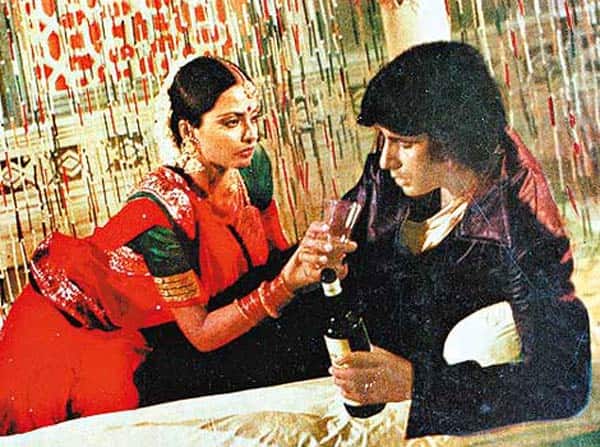 If I say Muqaddar Ka Sikandar is Manmohan Desai's version of Devdas, I think I am not far from the truth. Sikandar (Amitabh Bachchan) is in love with his childhood friend but can't claim her, because she is in love with someone else. So he drinks and drinks, and spends his time with a courtesan (Rekha), who loves him but he doesn't reciprocate her feelings. Then there is Amjad Khan who loves the courtesan, but even he gets sidetracked. Wow! That's three one way romances in one film. No wonder the film had a depressing ending, with all the three dying! 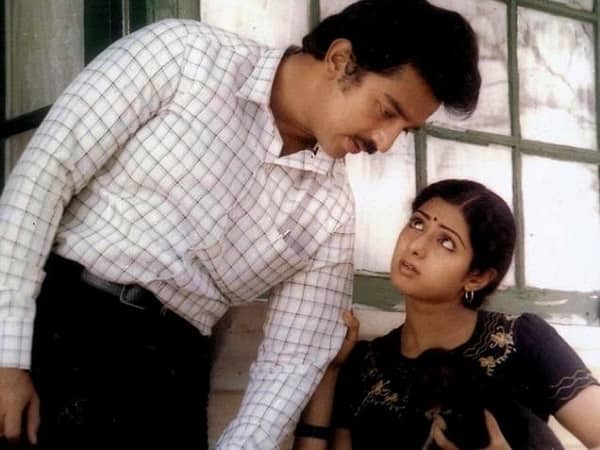 Sadma is a movie that lives upto its title. I have watched it only once, and didn't have the daring to watch it again. Not because the film is bad; in fact, it is one of the finest films I have seen about love. But I can't just watch that dead depressing climax of the film once again. Kamal Haasan is terrific as the noble man who takes care of a mentally handicapped girl (Sridevi), who forgets him once she regains her memories. His failing antics at the railway station to make her remember him will haunt your heart long after the film is over. In fact, I am still not over it. Sob! Kamal Haasan again played in one-sided lover to lesser (yet memorable) effect in Saagar, where he loses the girl (and his life) to Rishi Kapoor.

Another Shah Rukh Khan, where he is in relentless pursuit of his childhood crush right from the beginning to the near end, and yet becomes the best man at her wedding. We feel for him, we want him to win the girl and when he doesn't, he wins all our sympathies despite his earlier attempts to sabotage his crush's relationship. 'Cos we have gone through what he has gone through, and many of us are still waiting for that Juhi Chawla to rescue us from our loneliness in the end. 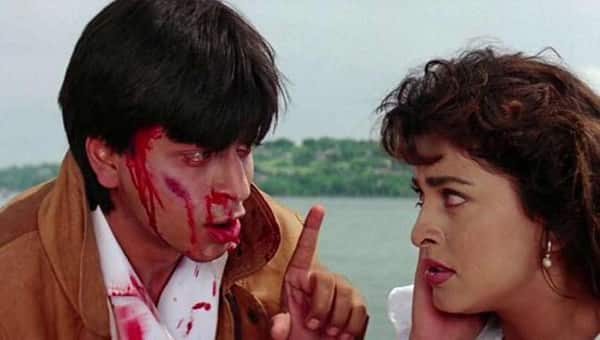 Shah Rukh Khan once again plays a one-sided lover in this Yash Chopra film, but with more violent tendencies. Unlike Kabhi Haan Kabhi Naa, he is willing to kill people so that he can be with the object of his affections. His stalker act in the film proves that one sided romances can be dangerous sometimes. He repeats the feat once again in Anjaam, where his character is far more vile. At least, in Darr, we doubt he is not right in the head; in Anjaam, there is no excuse to all the violent act he does to torture the woman who scorned him. 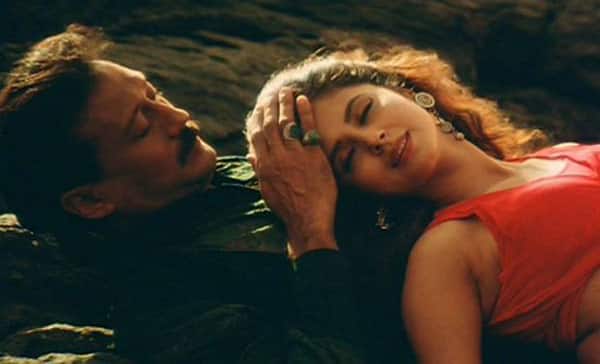 Once upon a time, Ram Gopal Varma was hailed as this visionary director who gave us some really memorable cinematic gems, before he turned a caricature of his own self. One such cinematic gem was Rangeela - a love triangle between a lonely Bollywood stars, his die-hard fan and her street-smart best friend. This film is a celebration of one side romances, as much it celebrates Bollywood, as both the ruffian and the star fall for the same girl and walk on that one-way plank, till the girl chooses to be with one of them. 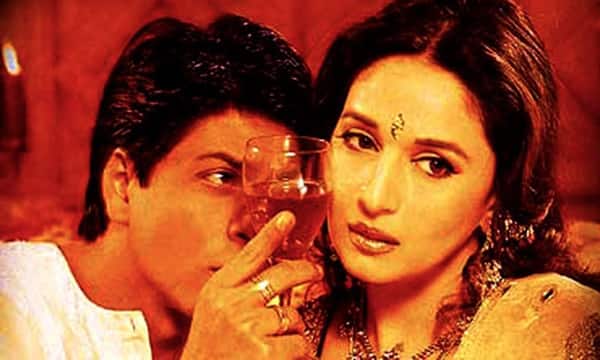 Of course, this Sarat Chandra novel adaptation is the ultimate representation of all kinds of doomed love. With so many versions of the film already out, the most famous being that of Sanjay Leela Bhansali's, Devdas is not an easy watch, if you disregard all that glitter. After all, the film enjoys making its characters wallow in misery, with one even dying for the sake of it. While Devdas and Paro's romance is not exactly one-sided, what Chandramukhi felt for the drunk loser was more of a one way track. 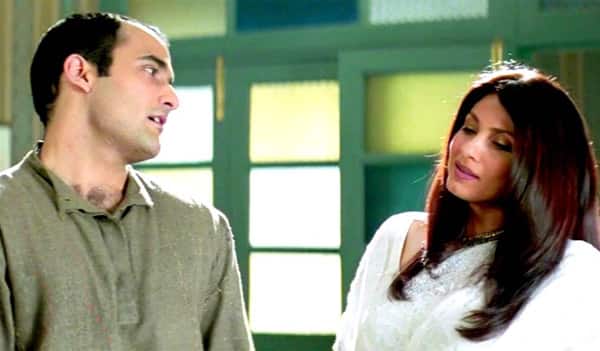 Out of all three tracks in this very iconic film, my most fave track happens to be that of Akshaye Khanna and Dimple Kapadia's. Akshaye Khanna's Sid was a character I could totally relate to. He falls for an alcoholic elder woman who has a teenage daughter, but he doesn't expect her to reciprocate his feelings; he is willing to lead his life happily basking in his one sided love for her. He also slaps his best friend, Akash (Aamir Khan) when he makes a joke about her, that nearly breaks their friendship. The entire track reeks of very mature writing and some really fine lines, "Pyar soch samajh kar nahin kiya jaata ... bas ho jaata hai!" So true...so true... 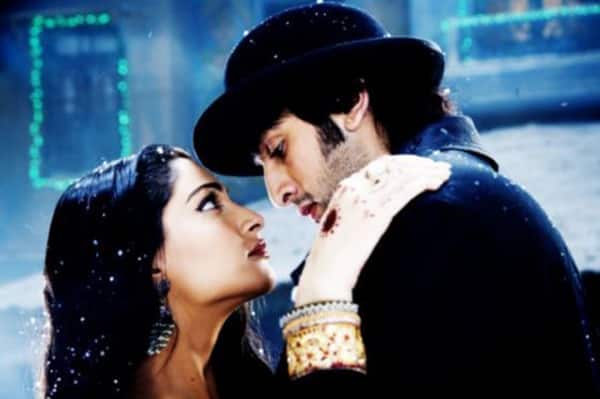 Interestingly, Ae Dil Hai Mushkil star Ranbir Kapoor had made his debut in a film that had him in a depressing one-way track with Sonam Kapoor. Sorry, did I say the romance was depressing? No, it was the film, I think. Even after dropping his towel and singing a lot of Monty Singh songs, he fails to charm the girl, who waits for her lover, interestingly, played by Salman Khan, till he finally arrives. Ranbir surely took revenge for that in real life... 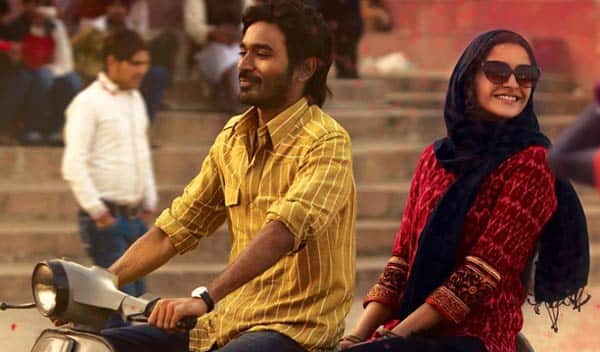 Dhanush's first Bollywood foray was a surprise hit thanks to people's curiosity over Rajinikanth's son-in-law who gave us Kolaveri Di, AR Rahman's music and of course, the intriguing love story. Dhanush plays a Brahmin boy from Varanasi who falls for a Muslim girl (Sonam Kapoor), and he stalks her everywhere, even cutting his wrists once to prove his love for her. What's interesting about Raanjhanaa is that even the girl returns his feelings, before she shipped off to another place by her parents to complete her college. On her return, she completely forgets about him, and has a new man in her life. And yet, Dhanush continues to love her, which doesn't end well for both.