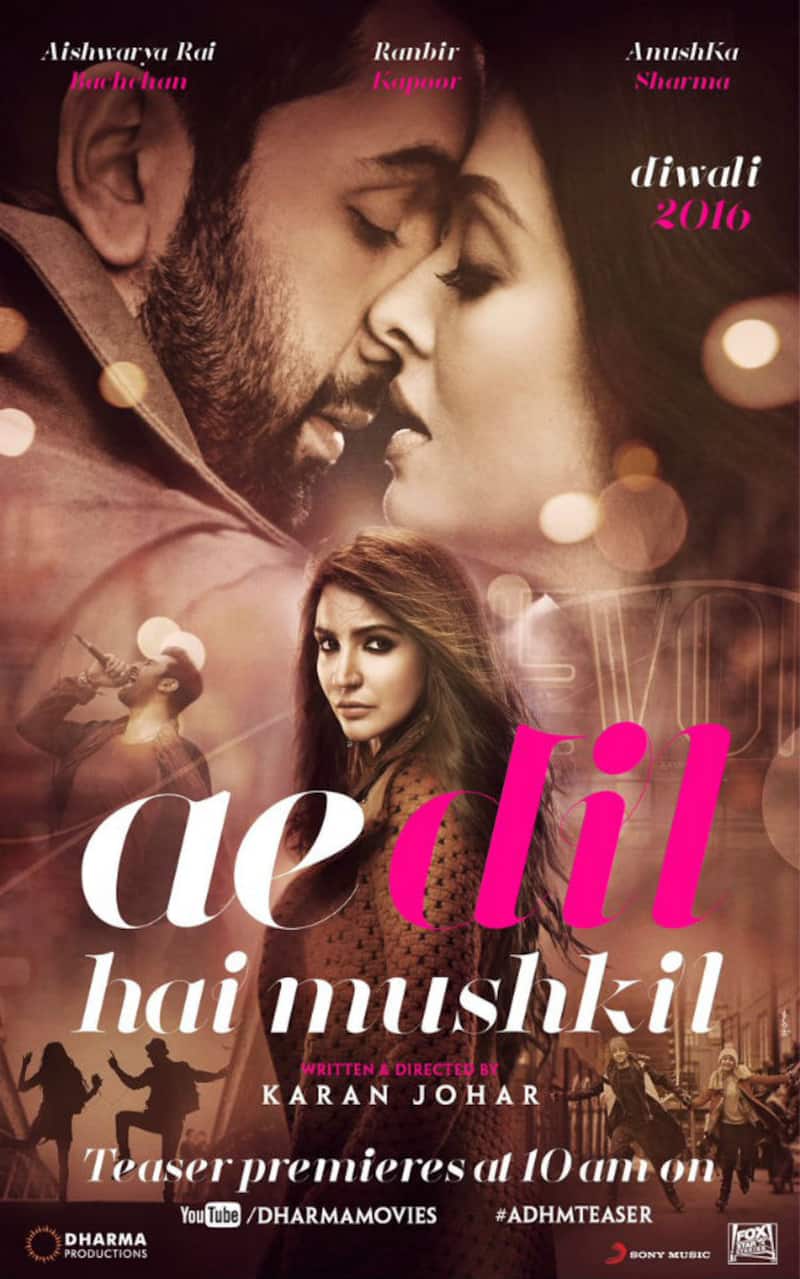 Ae Dil Hai Mushkil's teaser released yesterday has created quite a frenzy among fans on social media. The teaser has crossed record 8 million views in a day. The one and a half minute teaser starts of with a long close up shot of Ranbir Kapoor crooning the title track and what follows are the mesmerizing shots of Ranbir with Anushka, with Aishwarya, a sexy smirk by Fawad Khan and his altercation with Ranbir Kapoor. And, the teaser ends with a dialogue that more or less sums up the story. The dialogue goes like, "Ek tarfa Pyar ki taaqat hi kuch aur hoti hai auro ke rishto ki tarah yeh do logon mein nahin bat ti sirf mera haq hai ispe." which translates to 'The power of one-sided love is something unique. Like other relationships, it doesn’t need to be shared between two people; only one person has control over it – me.' Also Read - Filmy Friday: When Aishwarya Rai Bachchan revealed she never had a crush on Abhishek Bachchan

However, the interesting thing to note here is even after the teaser and this dialogue, we couldn't really get the exact story line. Since the time teaser hit the web, speculations were rife on social media about its plot. There were reports of it being a remake of Rishi Kapoor starrer 1977 hit Doosra Aadmi. But Karan as well as Ranbir denied any such allegations. Also Read - Trending Entertainment News Today: Disha Patani sparks lip and nose job speculations; Urfi Javed's reaction on Alia Bhatt's pregnancy grabs eyeballs and more

So here I have three predictions of what the story line may be, it's based on my understanding of the teaser, the various news articles and interviews of Karan Johar and Ranbir Kapoor I've come across and also my gut feeling. Also Read - Animal: Rashmika Mandanna reveals she got Ranbir Kapoor starrer because of her act in THIS blockbuster film

Ranbir is in love with Anushka. Anushka is in love with Fawad and rejects Ranbir but realises soon enough she loves Ranbir and not Fawad. Meanwhile, Ranbir finds solace in Aishwarya, who's a lonely woman. And, Anushka returns to profess her love for Ranbir and things go haywire.

SRK is Aishwarya's husband who dies. She finds solace in Ranbir, the latter is in love with Anushka, who's in an on and off relationship with Fawad. Rejected by Anushka, he tries to find solace in Aishwarya but is out right rejected as just a fling.

So these are the three predictions I could think of after my permutations and calculations.

P.S- These are based on my own understanding of the teaser and actual story may be similar or completely different from the three story lines I predicted.