After Aryan Khan gets bail, Suhana Khan shares an 'I Love You' post for dad Shah Rukh Khan with a priceless childhood pic

After Aryan Khan gets bail, Suhana Khan shares an 'I Love You' post for dad Shah Rukh Khan with a beautiful childhood pic of him with Aryan and her

Superstar Shah Rukh Khan can heave a sigh of relief today. Aryan Khan has got bail from the Bombay High Court. Shah Rukh Khan has been focused on the case since 25 days. The superstar put behind everything to make sure that he gets his son out of the legal mess. Now, Suhana Khan has shared a collage of throwback pics with dad Shah Rukh Khan and Aryan. The caption is a simple one, 'I Love you'. It is a known fact that he is doting dad but never was he tested like the month of October 2021. The good thing is that Aryan Khan will be back home before his birthday on November 2, 2021 and Diwali. Also Read - Shah Rukh Khan-Gauri Khan's daughter Suhana Khan's 'last day' in New York was bold and sunkissed [PIC]

Lawyer Mukul Rohatgi has spoken to a TV channel on how hands-on Shah Rukh Khan was on the case. It seems he made notes for the legal team. Rohatgi told Times Now's Navika Kumar, "He had gone through every detail of the matter. He gave me hand-typed notes on the case and he was bang on. Though law is not his profession, he knew everything." The superstar hired one of the nation's top law firms Karanjawala and Sons for this case. Raian Karanjawala also spoke to the press. This is what Karan Johar shared for Shah Rukh Khan on his social media. Also Read - Late actor Sidharth Shukla becomes the Most Searched Male Celeb of 2021; Shah Rukh Khan's son Aryan Khan among the Most Searched Personality – check full list 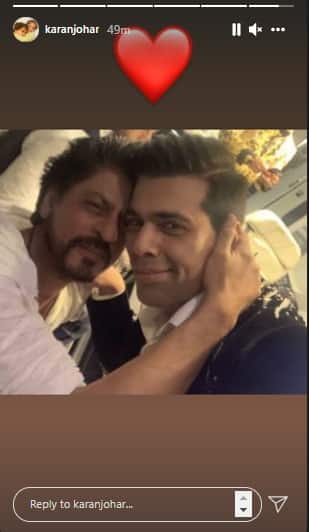 People close to the superstar say that he has always been a doting dad. Even at the peak of his superstardom, Shah Rukh Khan took active interest in the lives of his kids. We are sure that SRK and Gauri are feeling some sense of peace.