After avoiding a clash with Shraddha Kapoor's Rock On 2, this film will now fight it out with Shah Rukh Khan's Dear Zindagi

Rajniesh Duggal's Saansein avoided the clash with Shraddha Kapoor's Rock On 2, but now it will have to release alongside Shah Rukh Khan's Dear Zindagi... 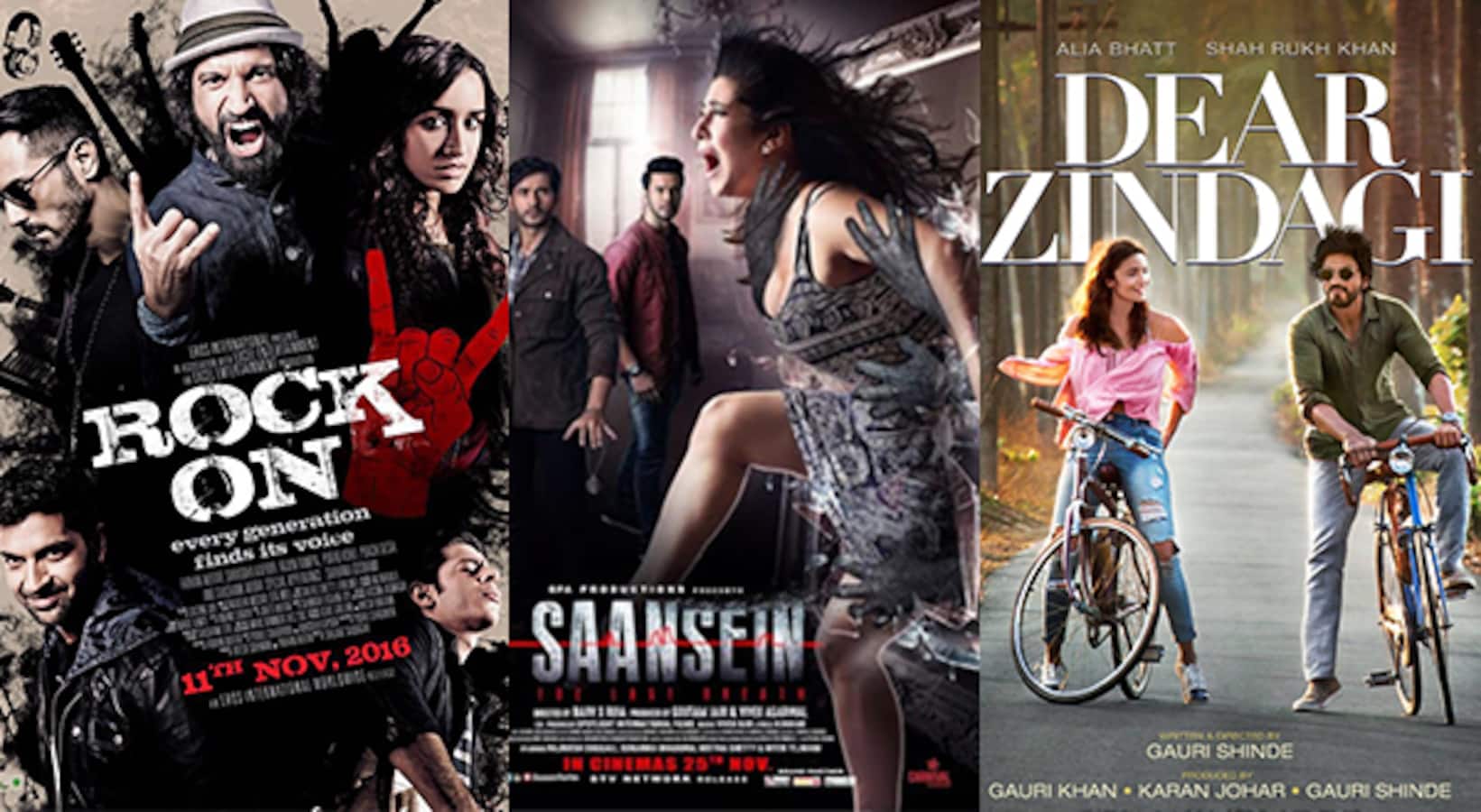 We revealed to you yesterday that Shraddha Kapoor and Farhan Akhtar's Rock On 2 would get a free release after a film backed out owing to the small inconvenience caused after the discontinuation of the current Rs 500 and Rs 1000 crore notes. Yes, we are talking about Rajniesh Duggall, Hiten Tejwani and and Sonarika Bhadoria's Saansein. Just after PM Narendra Modi's speech on November 8, the producer's of the film decided to push the release date of their film to avoid losses that will be incurred at the box office. It is being feared that coz people will not have enough Rs 100 notes and the cinemas won't accept the Rs 500 and Rs 1000 notes to book tickets, the sales of tickets will be affected. And so, Saansein which was supposed to be releasing this Friday was pushed. However as the movie avoided one clash, it has gotten itself in another showdown. This time it is an even bigger clash! Saansein will now release date on November 25, along with Gauri Shinde's Dear Zindagi staring Shah Rukh Khan and Alia Bhatt. Also Read - Tu Jhooti Main Makkaar: Alia Bhatt promotes husband Ranbir Kapoor's song Tere Pyaar Mein in a unique way; we cannot get over her workout glow [Watch]

When two big films clash you know that both will be affected, but they will make money but when a small film like Saansein clashes with a big film like Dear Zindagi, you know it is not going to be good for the former. But maybe they might not have another choice. ALSO READ - This Bollywood film has got POSTPONED due to Modi's ban on Rs 500 and Rs 1000 notes Also Read - Janhvi Kapoor, Sara Ali Khan, Alia Bhatt and more, these divas inspire you to reach your fitness goals [Watch Video]

In a statement, it was revealed that Saansein was was pushed ahead as PM Narendra Modi announced a ban on Rs.500/- and Rs.1000/- notes. The makers realised that it will be difficult for people to prioritize a film over other basic necessities and hence they backed out. Wise decision, ain't it? But maybe the next decision wasn't... Goutam Jain, the producer of the film stated, "After an internal meeting with the team and with respect to Modijis decision, we decided to push the release of the film. Now we are releasing the film on November 25 with Dear Zindagi." ALSO READ - Dear Zindagi song Just Go To Hell: Alia Bhatt's new song is a perfect example of what a heartbreak does to us Also Read - After Shah Rukh Khan in Jawan, director Atlee to work with Varun Dhawan next? Here's what we know

Saansein is a contemporary horror film that ingeniously weaves classic techniques with a modern twist. The film has been shot in one of the most haunted places of Mauritius, that promises to give the audience a spine chilling experience. The film is directed by Rajiv S Ruia and stars Rajniesh Duggall, Sonarika Bhadoria, Hiten Tejwani & Neetha Shetty. ALSO READ - Rajniesh Duggal: Intimate scenes are the toughest to shoot

What do you guys have to say about Rajniesh Duggall's Saansein clashing with Shah Rukh Khan's Dear Zindagi? Tell us about your thoughts in the comments section below! Also check out the trailer of the film right here: