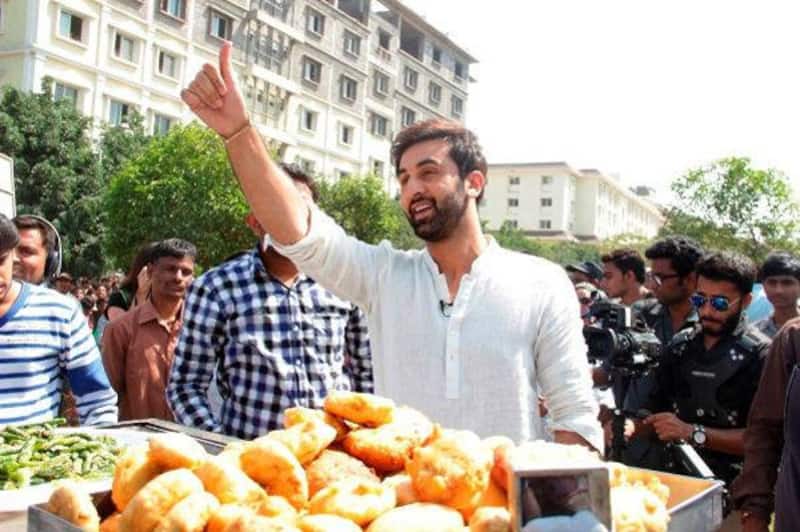 Yes, the Besharam actor will be selling Mumbai’s favourite snack, and for a noble cause. Read on to know the full story!

A little birdie tells us that Ranbir Kapoor will be selling vada pav outside a city college! And well, it has nothing to do with his last film, Besharam’s box-office dud. In fact, he is doing it as a part of the television show Mission Sapne. His earnings will go towards the treatment of ten-year-old, Sunita Ingle, who is battling blood cancer. When Ranbir heard of the cause, he immediately agreed. That’s not all! The lil girl’s father is a truck driver and as per the show’s concept RK was expected to work as a truck driver like Sunita’s father. But smart that he is, the Kapoor lad suggested selling vada pav instead as he felt selling the snack at a crowded place will help him contribute more money towards the child’s treatment. How thoughtful! Also Read - Brahmastra star Alia Bhatt flaunts her radiant glow as she steps out in yellow with Ranbir Kapoor after returning from babymoon [View Pics]

Reportedly, the total cost for Sunita’s treatment will be around Rs 4 lakh and her father has already collected Rs 1 lakh. We hear that her father is working double shifts at a construction site to earn more money. We hope that Ranbir Kapoor’s idea of selling vada pav outside a college helps to earn the remaining amount. After all, he surely has a lot of fan following among the young masses. Will you be one among the many to buy a vada pav from this hunk of B-town, BollywoodLifers? Also Read - Prabhas, Akshay Kumar and more stars who after back-to-back flops now desperately need a hit