Shehnaaz Gill is going gaga over Hrithik Roshan and you just cannot miss her post for the superstar of Bollywood. 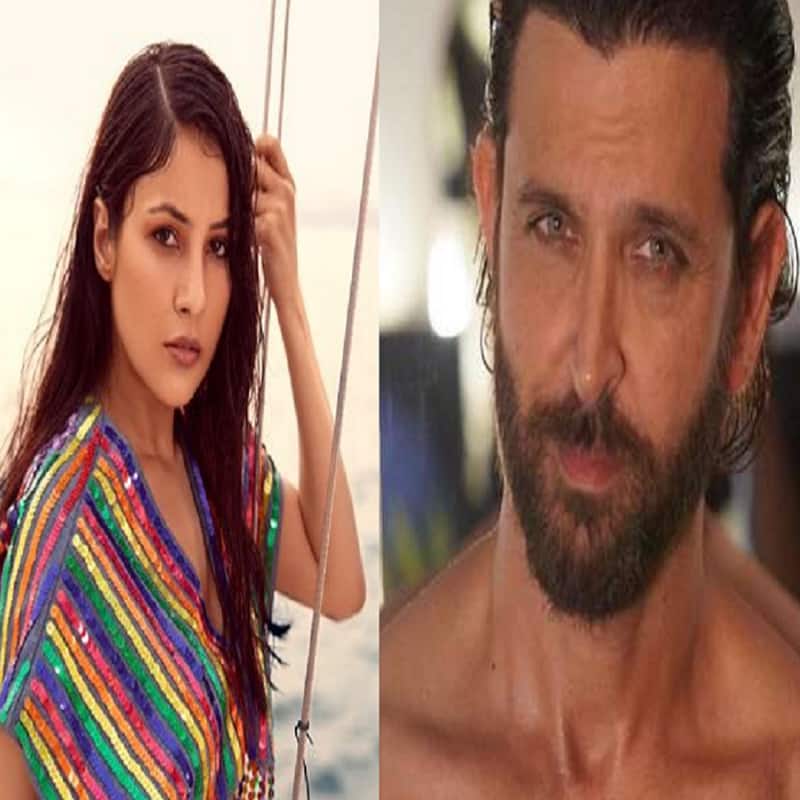 Shehnaaz Gill- The girl who has come a long way in her journey ants to own this industry with all the love. Shehnaaz Gill is slowly creating her niche in Bollywood. And she has already started a big move by being a significant part of Salman Kahn's film Kabhi Eid Kabhi Diwali. Sana is Salman Khan's favourite ever since he first saw her on the stage of Bigg Boss 13. She won millions of hearts instantly and since then her army is only growing. After that, we saw her bonding with Bollywood superstar Shah Rukh Khan at Baba Siddique's Iftar bash. It was a dream come true come for the girl to meet and greet her favourite superstar of all tie. And now after bagging a film with Salman Khan, and bonding with Shah Rukh Khan, Shehnaaz is going gaga over Hrithik Roshan. Also Read - Jr.NTR making Hollywood debut; check out the list of South Indian stars who have already worked in Hollywood movies

The Bollywood' Greek God's latest advertisement is creating quite a stir on the internet. He is the most handsome man alive and who is not a fan of him. Shehnaaz Gill too couldn't hold herself and shared all the lovey-dovey posts for the superhero of Bollywood. She took to her Instagram and shared the video of Hrithik Roshan's new endorsement and shared the line of Diljit Dosanjh's one that is apt for the video, " vibe Teri meri mil diyaan". Also Read - Sridevi vs Janhvi Kapoor, Sharmila Tagore vs Kareena Kapoor Khan, Bindu vs Nora Fatehi – the bikinis have become hotter, but Bollywood actresses looked sexier before 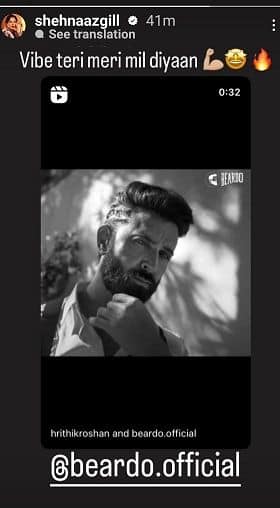 Hrithik Roshan is looking uber handsome and Shehnaaz going gaga over him is only making her fans excited to e them together in one frame together. We wonder if Shehnaaz is also part of this endorsement along with Hrithik or if she is just having a fan girl moment. Shehnaaz is right now the most loved and popular celebrity in tinsel town. She enjoys huge stardom and every celebrity wants to have fame like her. The actress admits to cracking this kind of fame and is extremely grateful to her fans for all the love.