Naga Chaitanya and Samantha Ruth Prabhu celebrated their first month anniversary a couple of days back, with the actor cooking for his beloved wife. Flowers, scented candles and a sumptous meal made their evening one to remember. But looks like it is back to the grind for Naga Chaitanya as the actor kickstarted his next - Savya Sachi along with Nidhhi Agerwal. The first pictures from the sets are out and we have to say we have already started liking this new onscreen jodi. In the pictures, we see Nidhhi and Naga Chaitanya posing with the director (Chandoo Mondeti) and producers of the film. Also Read - Aamir Khan brings War director Parvez Shaikh on board to shoot battlefield sequences in Laal Singh Chaddha; Naga Chaitanya joins

Savya Sachi is a Telugu action film, in which Naga Chaitanya plays an ambidextrous (a person who can use both his right and left hands). Nidhhi plays his love interest, however the villain of the film has not been revealed yet. This film will be the actor's first after his marriage, while it will also be Nidhhi's debut movie in the Telugu industry. For the photo session, Nidhhi opted for a white dress with a printed lehenga and we have to say she looked gorgeous. Naga Chaitanya, on the other hand, opted for a casual avatar, looking dashing in blue trousers paired with a blue shirt. Check out their pictures from the first day of shoot right here and share with us what you think about this new onscreen jodi in the comments section below! (ALSO READ - Naga Chaitanya cooks a special dinner for wife Samantha Ruth Prabhu to celebrate their one month anniversary - view pics) Also Read - From Vijay Deverakonada to Rashmika Mandanna: These south stars grabs our attention with their viral pics on social media 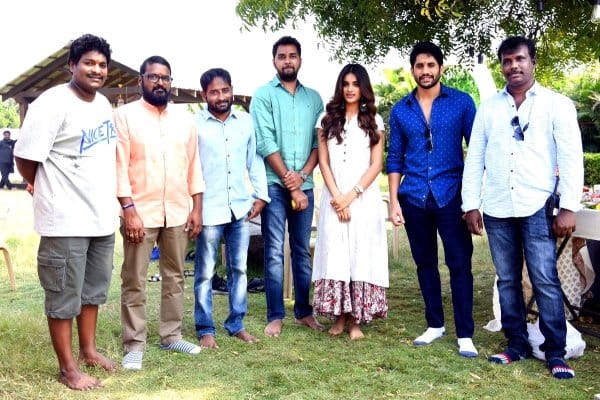 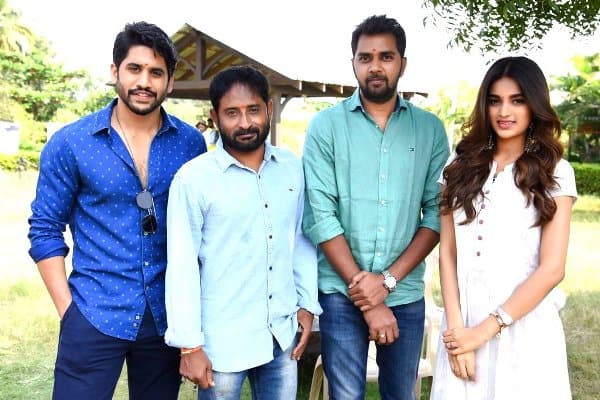 In the meantime, Nidhhi and Naga Chaitanya will shoot for a few weeks together before wrapping up the first schedule of the movie. Naga's first look has already made people excited about this one and with the fact that he is reuniting with the director that gave him a superhit like Premam, means this one is going to be EPIC! Anyway, stay tuned to BollywoodLife as we get you more dope about Savya Sachi right!