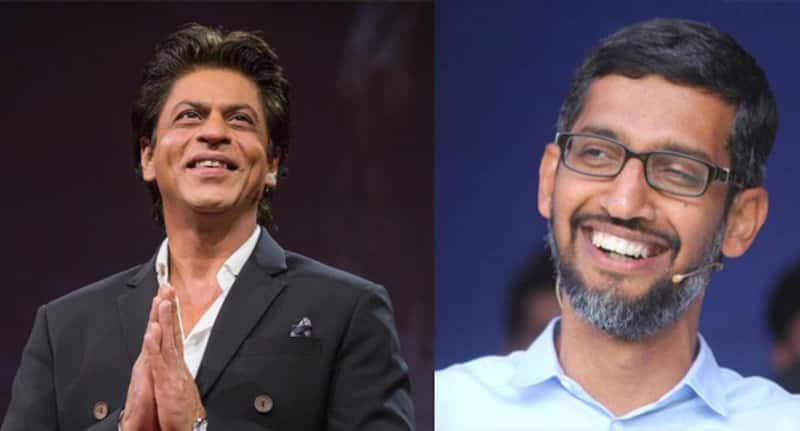 Shah Rukh Khan's Ted Talks: Nayi Soch is not just an ordinary show and the actor is going to make it bigger. SRK has already started shooting for the show and Karan Johar will be his first guest on the show. KJO had put up an Instagram picture of his look for the show before going for the shoot. If you're expecting to see a lot of Bollywood celebrities on the show, you're definitely mistaken. After Karan Johar, SRK has roped in the Google CEO, Sundar Pichai for an episode. Though the Google CEO couldn't make it to the show physically the makers of the show kind of teleported him to the show. Also Read - Before Vikram Vedha, Shah Rukh Khan, Akshay Kumar, Amitabh Bachchan and more Bollywood stars excelled in 2-hero cop and gangster dramas

Since Sundar couldn't make it to Mumbai, the makers arranged for a virtual interaction session between the two via Beam, a tele-presence robot. Sounds exciting, doesn't it? We all love listening to SRK's speeches at the Ted Talks and now we can hear them on a regular basis. Only this time, we'll also have someone else sharing the stage with him. Though the show is set to go on air in October 2017 there is a lot of buzz about it on social media and it's SRK's comeback on television. (ALSO READ: Karan Johar ups his style game for making an appearance on Shah Rukh Khan’s Ted Talks: Nayi Soch as the first guest) Also Read - Koffee With Karan 7 finale: Karan Johar gets massively trolled for his Alia Bhatt obsession; gets compared with her character in Brahmastra 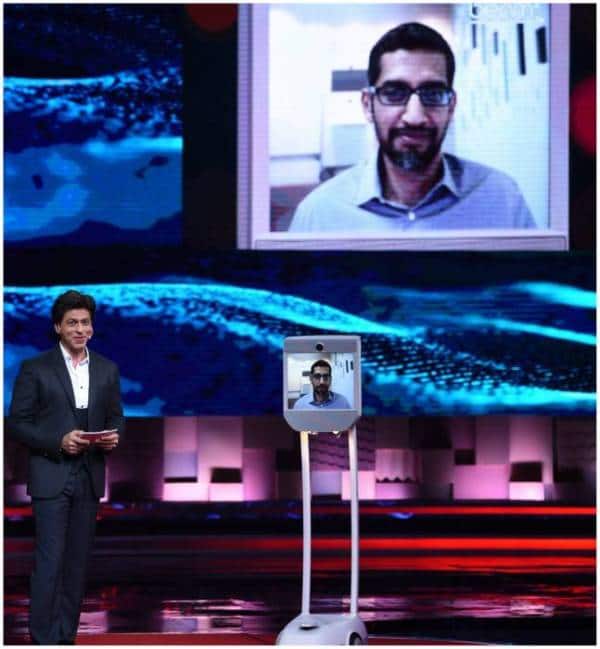 Check out some of these other pictures that fans have posted on social media.

TED TALK ✅ thank you @iamsrk for always being so amazing! @starplus styled by @nikitajaisinghani @gucci and shoes by @prada

Excited much? Tell us what you think in the comments below and stay tuned with us for more updates.