After making his nanny jog in the morning, Taimur is tightly nestled in the arms of his entourage - view HQ pics!

Bollywood's mini nawab Taimur Ali Khan making his nanny run after him was the cutest thing we saw in the morning. The little fella will be two in December and is already turning out to be a quite a handful. We saw how he ran making his nanny take off after him. The increasing popularity of the star kid and stray instances of people wanting to click selfies with him have made his parents beef up his security. In the evening, he was spotted looking cute as ever in yellow shorts and a checked yellow-grey shirt. It was teamed with soft grey shoes. Kareena makes sure her baby boy is always turned out smartly whether it is Indian or casual wear. In the pictures, we can see him tightly nestled in the arms of a male staff member who seems to be a fave with the munchkin after his nanny, Savitri. In the other set of pictures, we can see him sitting on a ledge and he looks all eager to jump out. Of course, two people are holding him. Taimur's hair also sees a change. At one place his curls are messy but when he gets out of the car, his hair is brushed nicely.

WTF Wednesday: When Taimur Ali Khan needed his nanny to rescue him from an unprecedented stranger; watch video 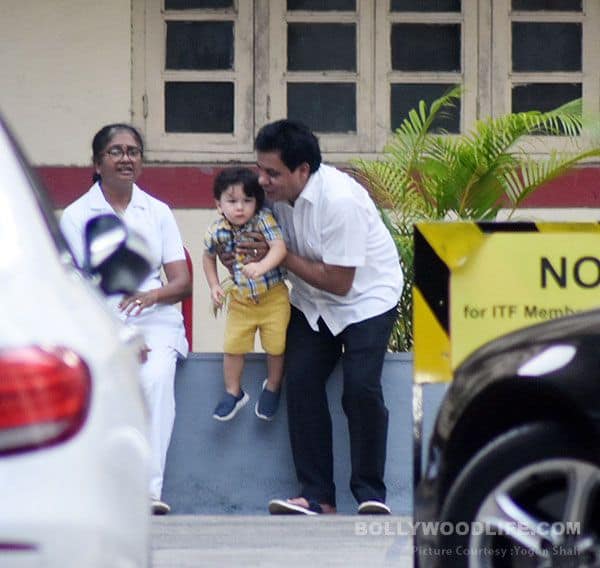 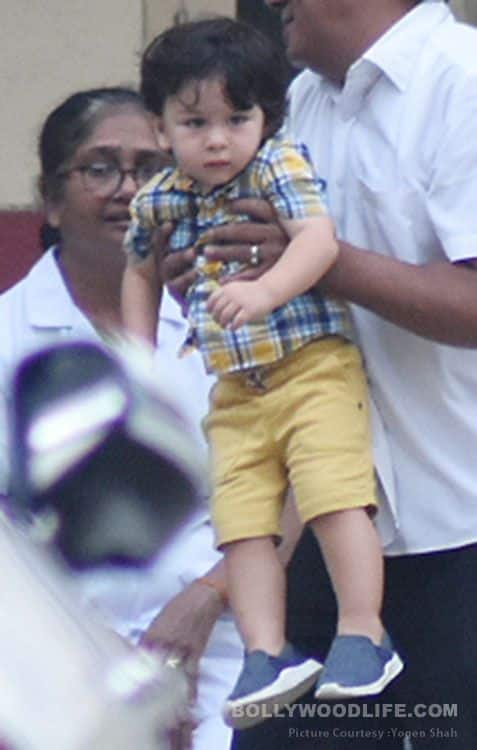 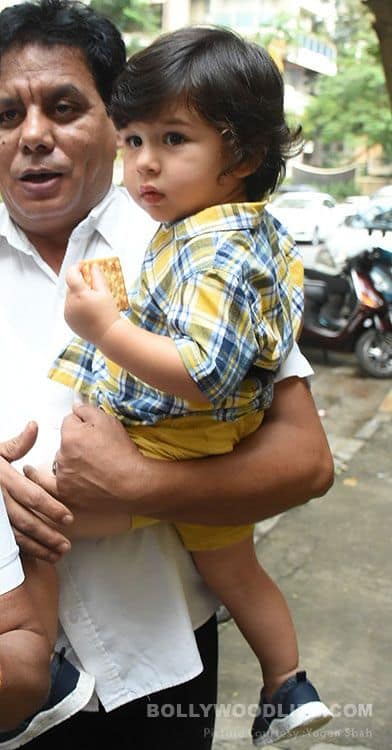 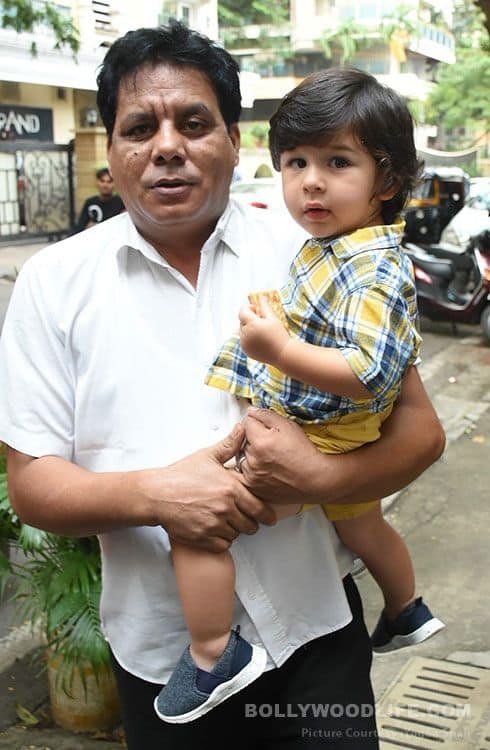 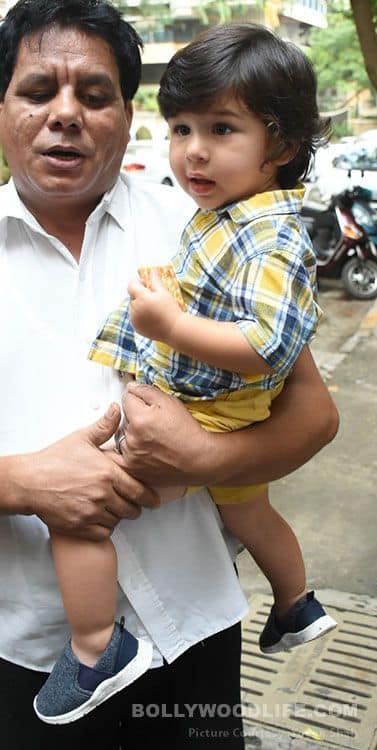 Also Read - Neena Gupta opens up on how an ex cancelled their wedding ‘at the last minute’; says, ‘He’s happily married and has children now’

It is evening and snack time for Taimur. We can see that he is holding a cream cracker biscuit in some of the pictures. From enjoying swimming in the Maldives to playing football with dad Saif Ali Khan and trying out badminton, he is making us go aww by the day. The actress says that Taimur can grow up and be whatever he feels like. Some time Kareena Kapoor Khan said in an interview, "And my son, who knows whether he is going to be an actor or a sportsman? He might even want to be a chef. Whatever it is, Saif and I are going to encourage him, because no child can flourish without support." Stay tuned to Bollywood Life for more scoops and updates!