After Ranveer Singh, Bear Grylls wants to take Priyanka Chopra on an adventure ride: 'People would love to hear her story'

After giving Ranveer Singh, Ajay Devgn, Vicky Kaushal, Rajinikanth and Akshay Kumar a taste of the wilderness, Bear Grylls is now keen to take the global icon Priyanka Chopra on an adventure ride for his Netflix show. 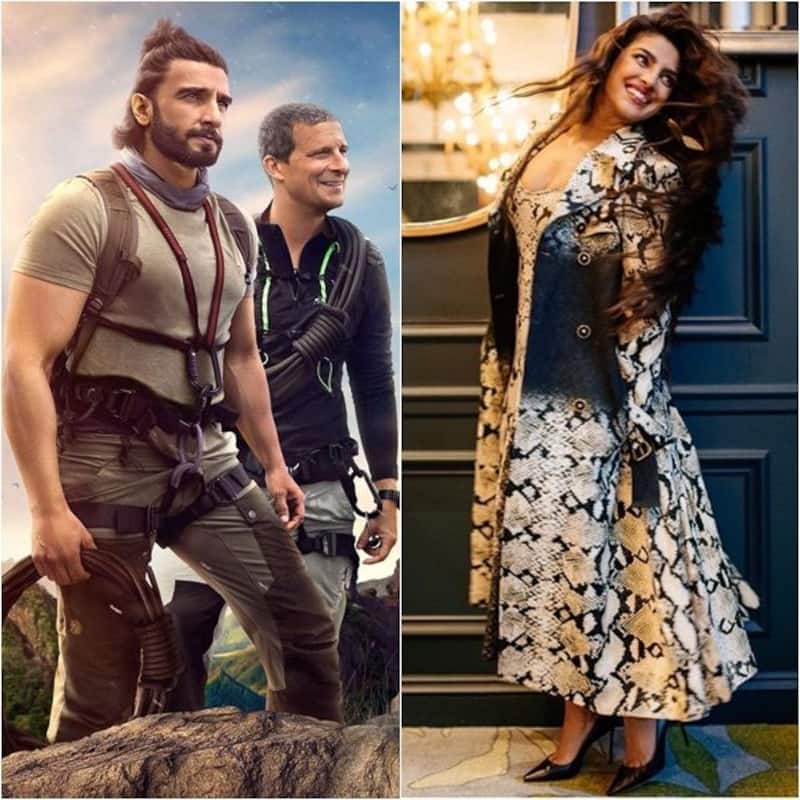 The Gully Boy star Ranveer Singh recently got a taste of the wilderness along with Bear Grylls. While the Reality TV survival expert, who shot to fame with Man vs Wild, has gone into the wild with many Indian stars such as Ajay Devgn, Vicky Kaushal, Rajinikanth and Akshay Kumar, he hasn't been with a female icon. Giving it a thought, Bear Grylls is now keen to take the global icon Priyanka Chopra on an adventure ride for his Netflix show. Also Read - Shah Rukh Khan, Kareena Kapoor Khan, Aamir Khan and more Bollywood actors who have weird clauses in their contracts

Sharing his long wishlist of Indian icons, Grylls told Hindustan Times, "Virat (cricketer Virat Kohli) would be amazing to adventure with -- a true heart of a lion and kind spirit. And Priyanka Chopra would be incredible - I took her husband away once on a journey and he was a great guy. People would love to hear her story.” Also Read - Priyanka Chopra flaunts her toned body in black bikini, daughter Malti Marie Chopra dances in swimsuit: A look at their well-spent Sunday [View Pics]

While Grylls has visited India several times in the past few years, his experience with the people of the country and Indian stars has been incredible. "The warmth of love and welcome I always feel from Indian super stars - they are always so kind and embracing to me - I feel like an honorary Indian and that is the greatest blessing I can ever ask for. India is always so close to my heart. The fans, the spectacular wilderness, the amazing food and the kindest of people. The biggest learning experience while working with them has been that together we can all do so much more -- when we stand shoulder to shoulder in the wild we can overcome any obstacle." Also Read - Aamir Khan-Karan Johar, Priyanka Chopra-Kareena Kapoor Khan and more: 5 times Bollywood stars ROASTED other celebs publicly

Meanwhile, Ranveer enjoyed the positive response that his recent show Ranveer vs Wild With Bear Grylls had received. He felt that people seem to like his off-screen persona more as compared to his work on camera though he is most comfortable in front of the camera and with the medium of cinema.

#beargrylls #RanveerSingh
Bear Grylls may survive the wild. But will he survive Ranveer Singh? pic.twitter.com/PEqhpcc50i

However, the actor was roasted by the netizens after a clip of him kissing Grylls went viral on social media. In the viral clip, one can see Ranveer saying, "Arre mere mowgli (oh my mowgli), arre mere Tarzan (oh my Tarzan)" as he lands pecks on Bear Grylls' cheeks and neck. While the clip was quite weird in its content, it also sparked a meme fest with creators having a field day on the Internet courtesy Ranveer's antics.