After Sonakshi Sinha, Raveena Tandon calls out to the government for animal cruelty!

Raveena has taken to social media in order to express her anger against animal cruelty taking place in India's religious festivals. Read on!

Celebrities are influential not only in terms of the performances they put forth put also the social issues they take up and participate in. Many of B-town's leading celebs are associated with various charitable organizations and help raise awareness regarding the causes they support. Sonakshi Sinha has been one of those few celebrities who has often taken to social media and expressed her opinion regarding a practice or social issue. The actress had raised her voice against the practice of Jallikattu, which is a bull taming practice, held in Tamil Nadu. It involves the bulls being tortured and traumatized as a part of a "religious ritual" that the people in Tamil Nadu follow. Sona called out to Prakash Javdekar, MOS (IC) for Environment, Forest & Climate Change in order to stop this sick practice. The actress tweeted," Dear Minister @PrakashJavdekar, please keep bulls and people protected. Keep Jallikattu banned." Also Read - From Sidharth Malhotra to Gigi Hadid: 5 times Urvashi Rautela copy-pasted captions from other celebs 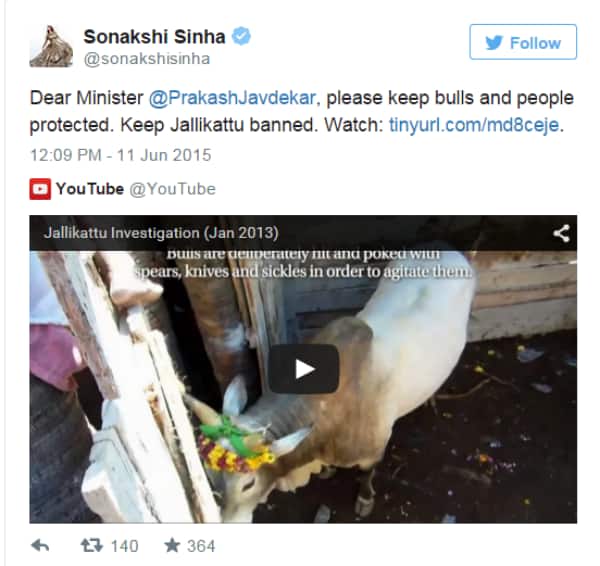 After Sonakshi, actressRaveena Tandon has taken to Twitter in order to raise her voice against the cruel practice of Jallikattu. The beauty posted a picture of a newspaper article which states that the practice of using animals in religious festivals will not be barred. This is because the Supreme Court's ban on the same is being cancelled out by an environment ministry. Also Read - Worst dressed celebs of the week: Aishwarya Rai Bachchan, Janhvi Kapoor, Shilpa Shetty's uninspired fashion outings will worsen your Monday blues 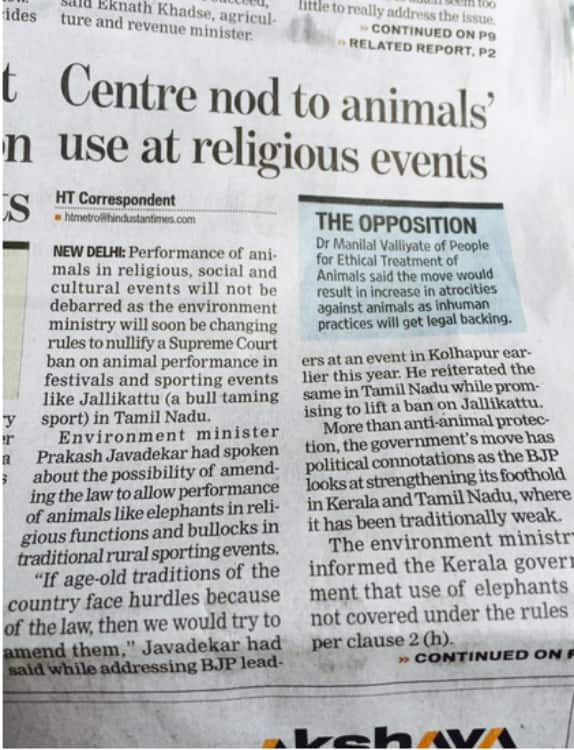 During a rally, Javedkar had said," If age old traditions of the country face hurdles because of the law, then we would try to amend them."

By posting this article, Raveena called out to PM Narendra Modi, stating that she hoped for a progressive rule from his government. "had hopes this government will b even more progressive..Please do NOT undo the good work done so far...@narendramodi," tweeted Raveena.

We support Sona and Raveena's cause and hope that the government will take some action against animal cruelty in India.