A few days ago, Twitter permanently suspended Kangana Ranauts handle @KanganaTeam after the actress posted a series of tweets perceived to be controversial. The social media giant had issued a statement on Kangana's account suspension stating that her account repeatedly violated Twitter's Hateful Conduct policy and Abusive Behaviour policy. And now Kangana's post on Instagram has been deleted wherein she spoke about demolishing Covid-19. Also Read - Trending TV News today: Sidharth Shukla is the most desirable man on TV, Vikas Gupta reveals he dated Pratyusha Banerjee, Nia Sharma gets a proposal and more

Taking a sarcastic jibe at Instagram, Kangana said that there is a Covid fan club adding that her account might get suspended within a week, like it did on Twitter. "Instagram has deleted my post where I threatened to demolish Covid because some were hurt. Matlab terrorists and communists sympathisers suna tha Twitter pe lekin Covid fan club awesome. It's been two days here on Insta but don't think will last here more than a week," Kangana wrote a note on her Instagram stories. Also Read - Katy Perry, Khloé Kardashian, Sharon Stone and 5 more Hollywood actresses who went looking for love on dating apps – view pics 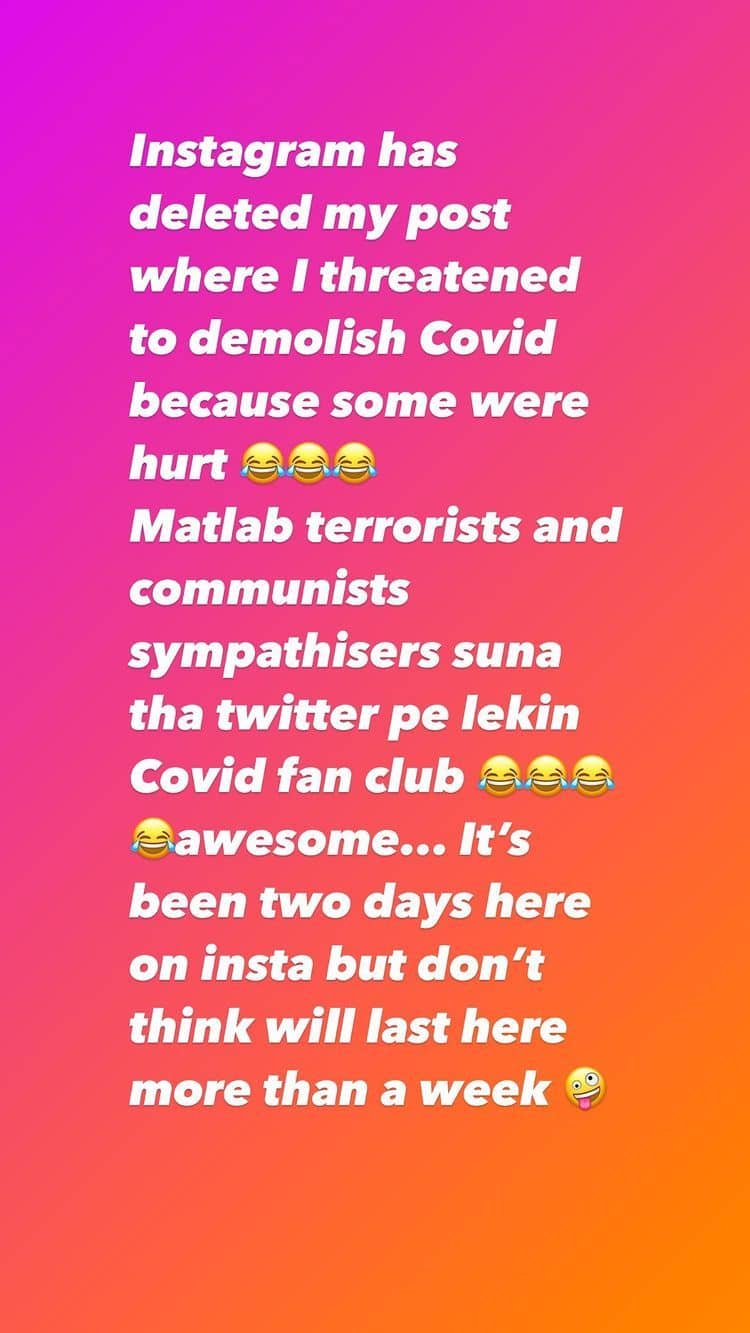 On Saturday, Kangana had shared in her now deleted Instagram post that she has tested positive for Covid-19 and has quarantined herself. Talking about it, she had called COVID-19 nothing but a small time flu which got too much press.

"I was feeling tired and weak with slight burning sensation in my eyes for past few days, was hoping to go to Himachal so got my test done yesterday and today the result came I am covid positive. I have quarantined myself, I had no idea this virus is having a party in my body, now that I know I will demolish it, people please don't give anything any power over you, if you are scared it will scare you more, come let's destroy this Covid-19 it is nothing but a small time flu which got too much press and now psyching few people. Har Har Mahadev," Kangana had written in the post. 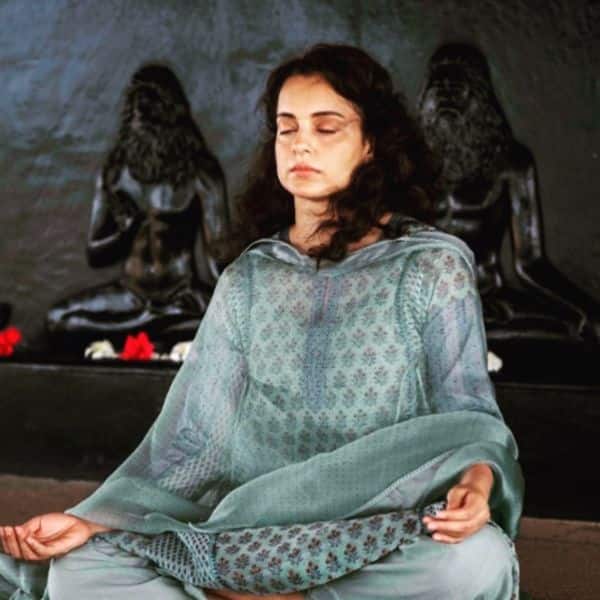 The news came days after Kangana's Twitter account was suspended. She had shared a video, where she commented on the reported violence that took place in West Bengal after the assembly election results were declared. She also urged Prime Minister Narendra Modi on Twitter to tame West Bengal Chief Minister Mamata Banerjee using his 'virat roop' from early 2000s.

Her tweet sparked massive outrage among social media users. And a complaint has also been filed by TMC spokesperson Riju Dutta against Kangana for inciting communal violence in West Bengal preaching ‘hate propaganda.’