Priyanka Chopra rocks the metallic look during her recent outing...

Priyanka Chopra, who is currently in New York, shooting for her television series, Quantico, is seen flaunting the best of her winter wardrobe while there. However, lately, the actress' fashion choices have disappointed the fashion police majorly. Priyanka was seen wearing knee-busted jeans and had got layering all wrong, when she stepped out on an earlier occasion. One look at the mismatched attires and you would know it wasn't PC's usual style. While earlier we were totally digging PeeCee's winter fashion, her wardrobe went from fab to drab in no time. After committing a series of fashion blunders, the actress is back on track and we can't stop obsessing over her latest outing. Also Read: Revealed: Priyanka Chopra’s badass avatar on the sets of Quantico Also Read - From Ranveer Singh losing his virginity at 12 to Priyanka Chopra being asked to strip, Bollywood secrets that will leave you shocked

PeeCee was spotted in New York City recently and shined bright in a new golden jacket. The actress was seen wearing a metallic puffer jacket from Hunter. She paired the fur collar jacket with a pair of ankle length jeans and black shiny boots. It's not just her attire which grabbed our attention - her swag in this picture is hard to miss too. The actress sported a bob cut with soft curls and looked badass. She added a pair of funky red sunglasses with white edges to her look and it was too cool to be missed. Check out the pictures below: Also Read - From Kriti Sanon for Mimi to Kangana Ranaut for Thalaivi: 5 actresses who underwent major body transformation for movie roles 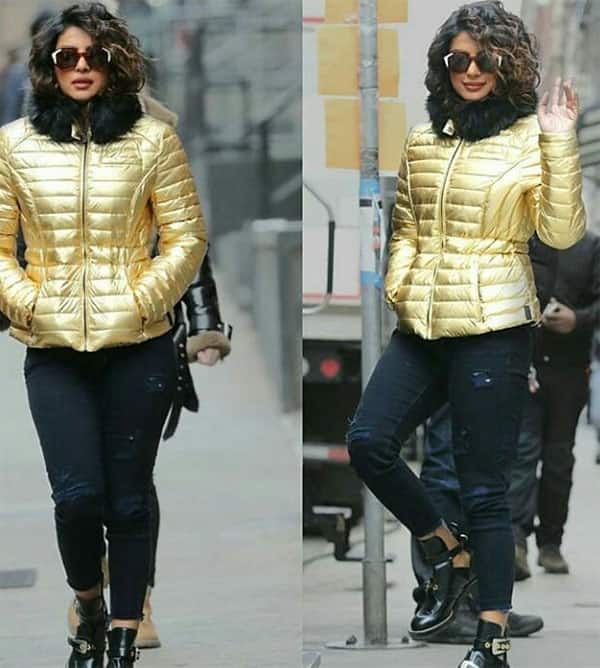 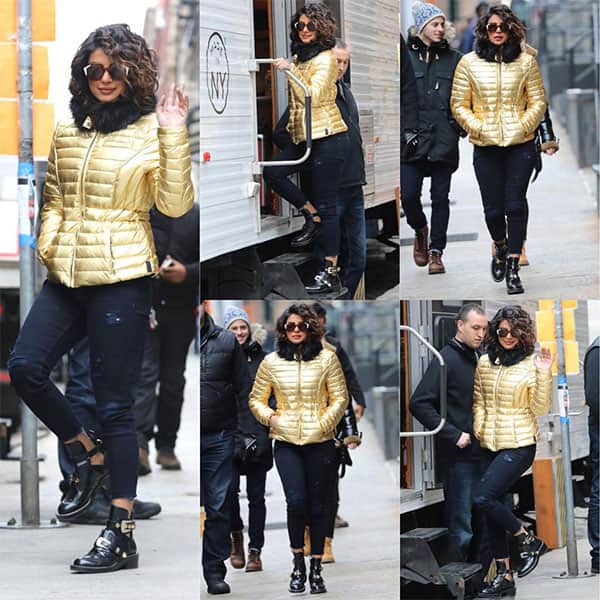 Priyanka Chopra has now become the first Indian to make it to the list of the 25 celeb influencers on LinkedIn. The 35-year-old actress has been one of the most influential personalities not only in India but also across the globe. The actress recently spoke about it to DNA and said “I’ve never been someone who worries about making it to a list, but it’s nice to be on one with such amazing people. I keep great company. It’s a way to connect one-on-one with people from across the world. It’s nice to know that they want to stay in touch with me, too, and are interested in what I have to share. What’s great about this list is that all of us seem to have the same idea connect, spread love and just be you.”