Varun Dhawan, who is an avid follower of wrestling was recently snapped with WWE Superstar Braun Strowman, who is called as 'Monster Among Men', Now its time for Bollywood's superstar Salman Khan. The wrestler will be part of Salman's Dus Ka Dum. The episode will also have Sonakshi Sinha and Diana Penty who will grace the show for promoting Happy Phirr Bhag Jayegi. Also Read - #9YearsOfCocktail: What? Deepika Padukone thought she was offered Diana Penty’s role but is glad she agreed to play Veronica, here's why!

While everybody is a fan of a shirtless Salman and wait for the moment when he will give a glimpse, the actor was snapped admiring the man mountain wrestler Braun Strowman. The size of his massive biceps and his tall frame even attracted Sonakshi who couldn't wait but decided to get the feel of Braun's muscles. This is not it as she went on comparing the size of her palm with his. Well, we can understand not only the audience the stars also had a hard time gauging the sheer size of the popular WWE wrestler. They were seeing flexing muscles and in fact, Salman also grooved with Sonakshi and Diana. They indeed had a fun time and the pictures are proof.

Hina Khan said NO to Salman Khan's Dus Ka Dum because of this... 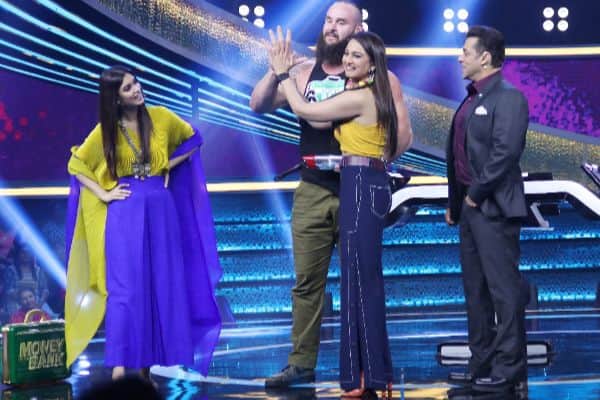 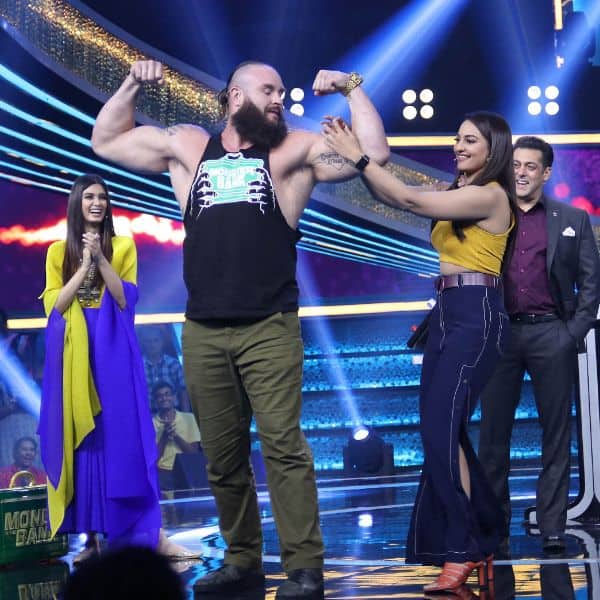 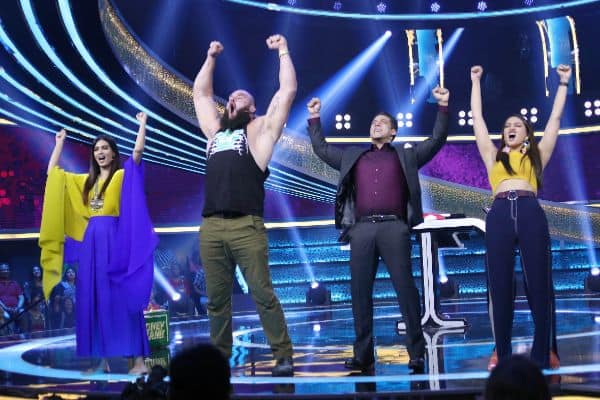 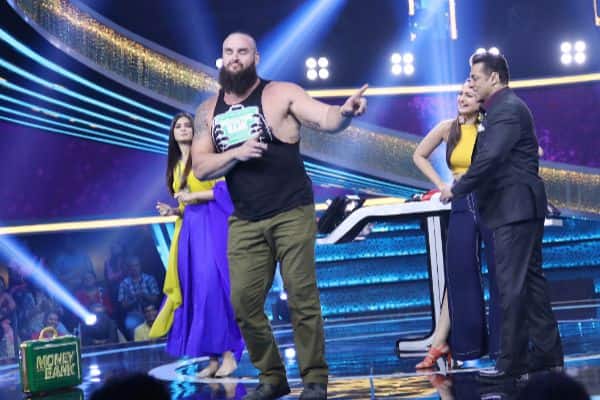 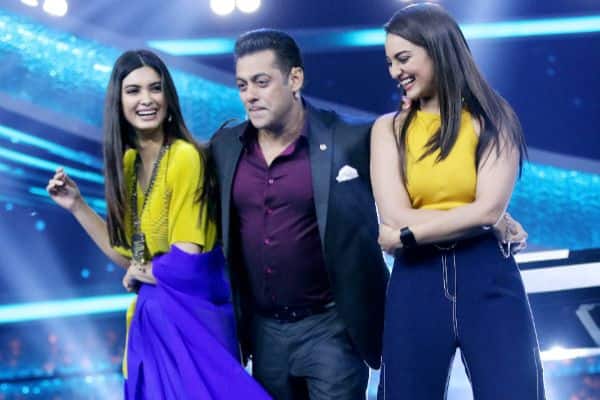