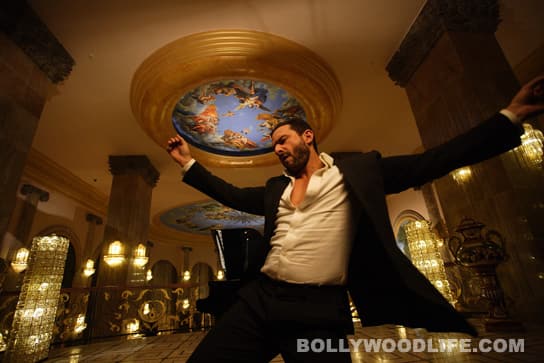 Pyaar ki pungi can sound weirder - if you translate it into English!

Saif Ali Khan's song Pyaar ki pungi in Agent Vinod is hilarious not only because of his weird dance steps, but also because of its lyrics. It has faced its share of controversies, especially with regards to its source of inspiration, but you cannot deny that the lyrics are laugh-out-loud worthy. The words, by Amitabh Bhattacharya, are cheeky, fun and totally over the top! The spy thriller is set in several countries other than India; and we wondered how viewers watching it there will make sense of this nonsensical song. We reimagined the song in English and found the hilarity doesn't get lost much in translation. Take a look and tell us what you think! Also Read - After Agent Vinod, Sriram Raghavan to make another thriller with Saif Ali Khan?

Me into Romeo you made and

Bungalow’s behind there is lock

Enter from where shall I, darn it

Window’s below is a gutter

Window at someone is standing

Pleasure she is flying

My love’s lid after hitting