AGENT VINOD: Will he ever say, ‘Jiyo aur Marne Do’? 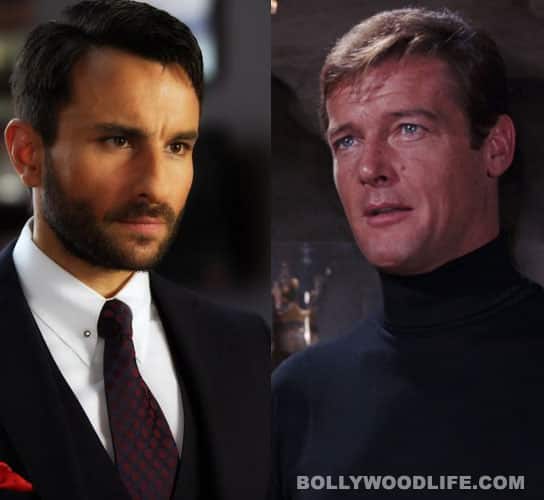 If Agent Vinod is the desi James Bond, then is this what Live and Let Die will be in Hindi?

Saif Ali Khan has been promoting Agent Vinod as the Indian James Bond. He even wants to build a franchise around his RAW agent. Will his next film have an English title? That makes us wonder, how will James’ movies sound if they had literally translated Hindi titles? We bring you our take on our fave James Bond movies and their hilariously funny Hindi titles, but can you tell us what Quantum Of Solace will sound like in Hindi? Leave us your contributions in the comments box below and we'll acknowledge the best ones: Also Read - Saif Ali Khan has issues with Vikramaditya Motwane's next film - here's why!

From Russia With Love

You Only Live Twice

The Man With The Golden Gun

The World Is Not Enough