Ahead of Met Gala 2019, Priyanka Chopra has a 'how I met you father' story for her kids

Actress Priyanka Chopra Jonas already has an epic love story lined up for her future children with husband and singer Nick Jonas. Also Read - After winning our hearts at MET Gala 2019, Deepika Padukone enjoys a cycle ride on the streets of New York - watch video

With the annual Met Gala happening on Monday, Priyanka, 36, expressed some nostalgia when she shared a set of photographs of her and Nick, 26, from the 2017 ball on her Instagram, reports people.com. Priyanka says she will definitely tell her and Nick's future children about their Met Gala love story. It was in 2017 at the Met Gala that Priyanka and Nick walked the red carpet together for the first time. Also Read - Priyanka Chopra to return to Mumbai for THIS reason - read details 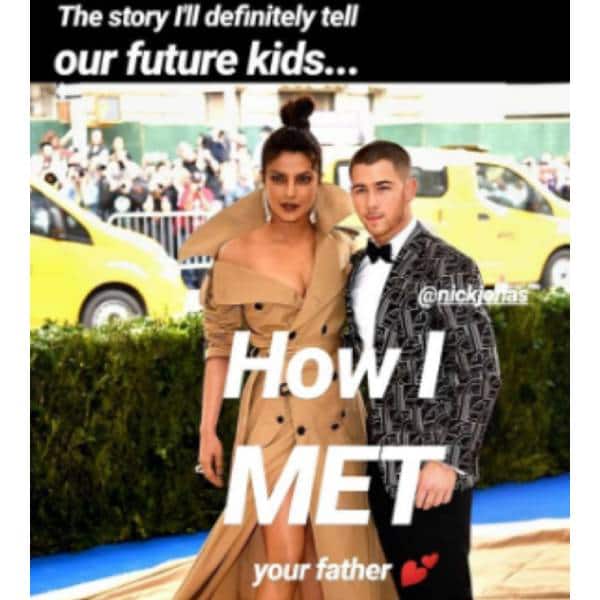 "The story I'll definitely tell our future kids… How I 'Met' your father," she wrote, adding several red heart emojis. The quote is a nod to the hit sitcom How I Met Your Mother, in which a father recounts he and his wife's love story to their two children. Priyanka and Nick weren't an official couple when they posed together on the red carpet that year, but the photographs sparked speculation that perhaps a romance was brewing between the two.

Almost a year later, the pair were engaged in July 2018 after two months of dating. They tied the knot in December last year with an extravagant wedding celebration that spanned three days in India.