Shriya Saran CAUGHT with DJ BRAVO on a lunch date. 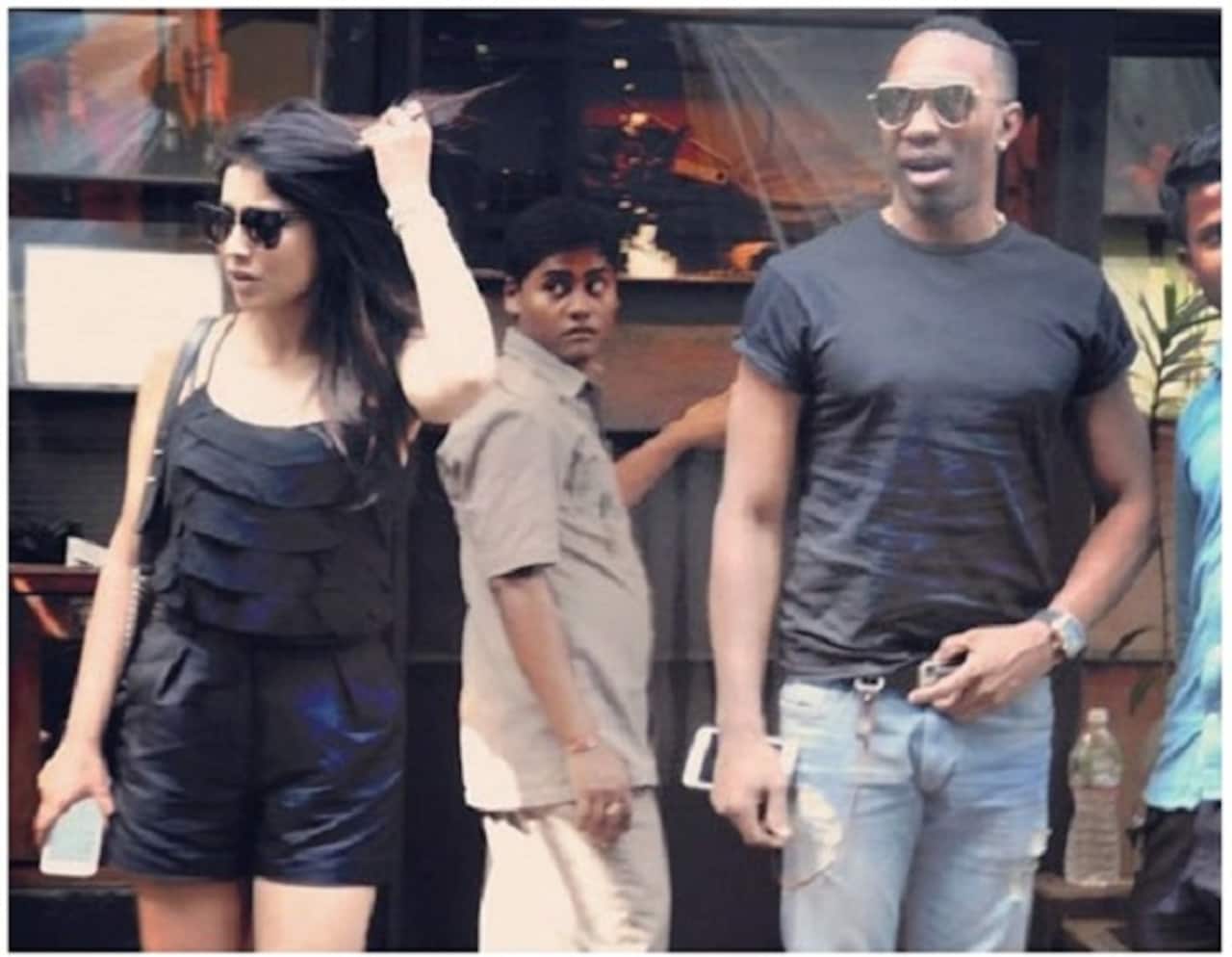 Ahem! Ahem! Now this is an interesting turn of events. Dwayne Bravo was in Mumbai to shoot for a special music video with Neha Sharma for Tum Bin 2. He also shot for an episode of a dance reality show where he will enter as a wild card contestant. But that's not what has caught our eye. Amidst all these shooting schedules, Dwayne found time to have a secret lunch date with South hottie Shriya Saran. Aha! And the shutterbugs spotted them. She looked hot in a short jumpsuit while Dwayne rocked the causal look. So, is something up between the two? It turns out, according to a leading portal, she has performed alongside SRK for the 4 season of IPL, at that time Dwayne was playing for the Chennai Kings. So they have been friends since then? Whoa! All the more a reason to suspect the two are dating. While Dwayne didn't seem to care that they were caught, Shriya Saran seemed conscious of being photographed in one frame. Also Read - Golden Globes 2023: JR NTR and Ram Charan song Naatu Naatu wins big; AR Rahman, Chiranjeevi and others congratulate the team

Coming back to Dwayne Bravo's music video for Tum bin 2, turns out he is an impressive dancer. Bravo recorded a song titled ‘Jager Bomb’ for the upcoming romantic drama. The cricketer also shot for a music video along with the film's cast, including Neha, Aashim Gulati and Aditya Seal. Also Read - Abhishek Bachchan-Aishwarya Rai Bachchan, Kareena Kapoor Khan-Saif Ali Khan and more: PDA of Top Bollywood stars that created a lot of noise 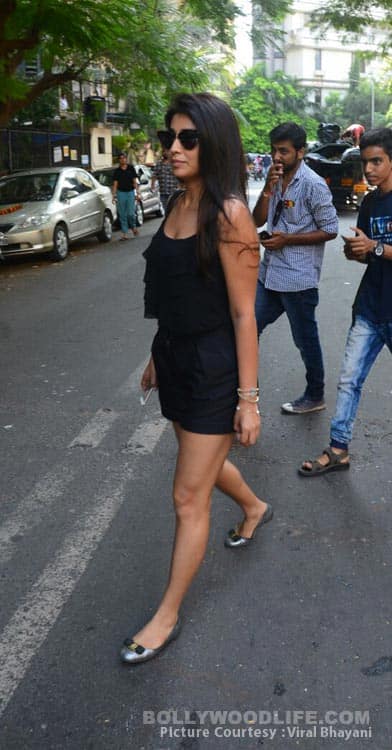 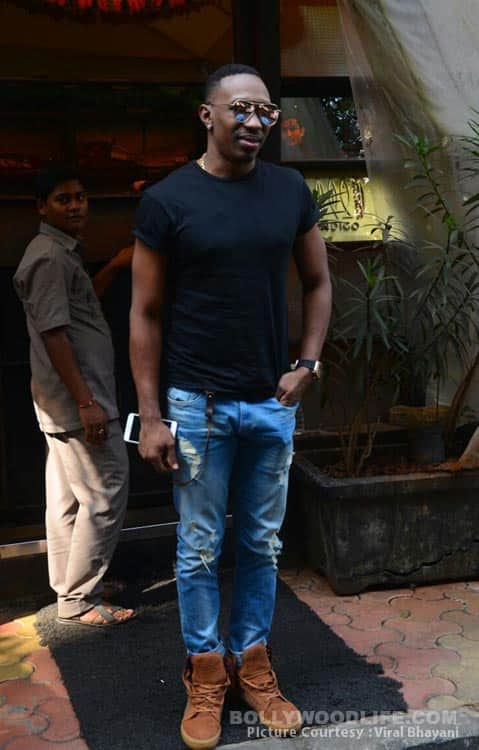 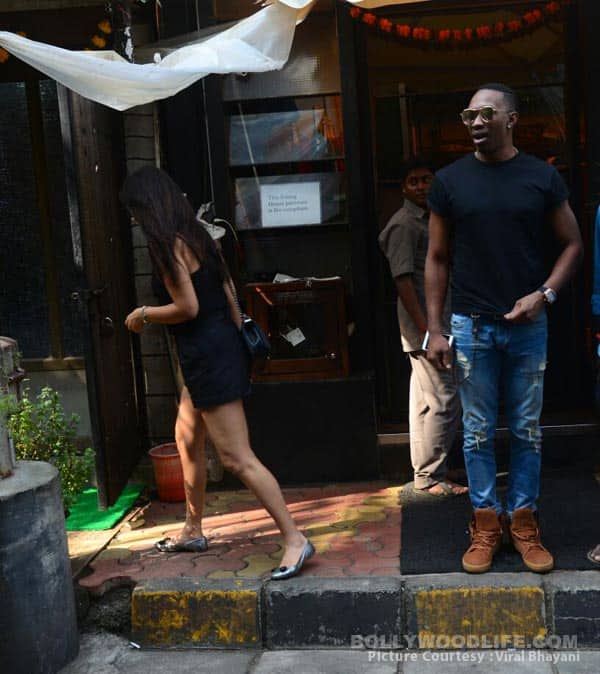 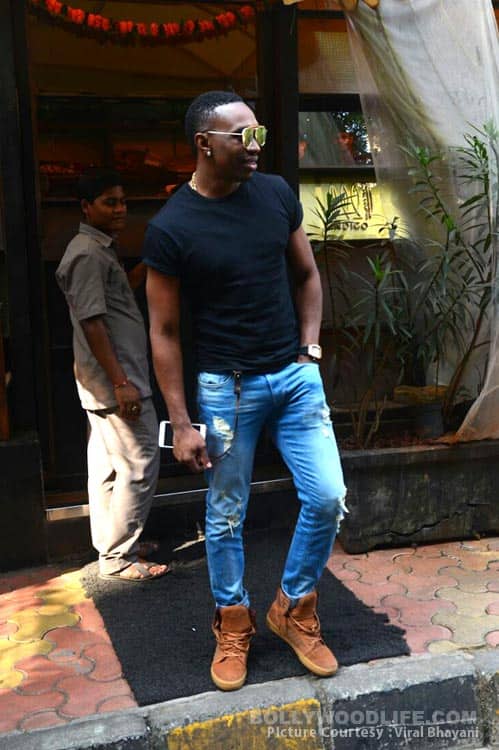 Also Read - Ajay Devgn gets mobbed as he rides a scooter on Bholaa sets; actor justifies why he wasn't wearing a helmet [Watch Video]

"He is so chilled out, easy going and so much fun. He came in with his game on. I don't think any of us had any kind of rehearsal or preparation for it. Everything that you see is impromptu," Neha told PTI. The actress reveals the video was shot within a day and the intention of the cast was just to have fun. "We did it in a day. Everybody came in together, we were like 'this is what we are going to do, lets have fun. It is a party song, so it is all about having fun…Of course I am dancing with him. It's a party number so everybody is dancing and having a good time."

The 28-year-old actress is happy that the audience have appreciated the music of “Tum Bin 2” so far and hopes the song with Bravo is also lapped up. “I don’t know when it (the song) is releasing. We have started releasing the songs so one after the other it’ll be coming out. Everything which has come out, people have loved it. I am hoping they will love this one too.”

Directed by Anubhav Sinha, Tum Bin 2 is the sequel to the 2001 hit romantic drama Tum Bin that had Priyanshu Chatterjee, Himanshu Malik, Sandali Sinha and Raqesh Vashisth. The film is scheduled to release on November 18.