Yes! That's the latest we hear and here's an EXCLUSIVE update on the same..

Every time there's a new film around the corner, we are bound to hear link up rumours. I mean, it's common for two actors to get attracted to each other considering they are constantly together, for that certain period of time. But much did we expect Sushant Singh Rajput, who is just out of a miserable break up with his long time girlfriend Ankita Lokhande, will get over-friendly with Kriti Sanon so soon. Yes! We hear ever since the Kriti and Sushant have begun shooting for their next film Raabta, they seem to have got inseparable. That's right! Also Read - Is Asha Negi reprising her role in Pavitra Rishta 2.0? The actress spills the beans – watch EXCLUSIVE video

Speaking of which, our source EXCLUSIVELY reveals to us that not only do Kriti and Sushant hang out together in between shots but Kriti has also been going around telling her close friends on how she is in her happiest phase right now. Ahem! Quite quick no? This reminds us of Kriti and Sushant's recent insta pictures where they simply cannot stop crushing on each other. Be it their gym selfies or the one where Sushant has gone down on his knees for Kriti, you can see the growing comfort level between the two. So is Kriti the new girl in Sushant's life then? Also Read - Bigg Boss 15, Kuch Rang Pyaar Ke Aise Bhi 3, Pavitra Rishta 2.0 – which show’s new season are you most excited about? Vote now 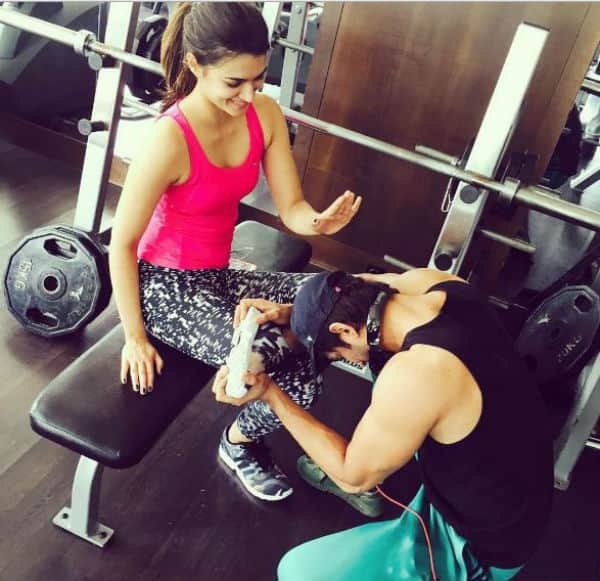 In that case, we wonder how would Sushant's ex Ankita react to this new development. I mean, for the longest time she had been denying reports of break-up, hoping they would reconcile. But now with Kriti entering Sushant's life, do you think she could be one of the many other reasons for Ankita and Sushant's break-up? Drop your thoughts in the comments below and do tell us what do you think of Sushant and Kriti? Do you think they make a good pair? Is Kriti really the right one for Sushant? Tell us...and we'll be back with more updates.