Bollywood couple Aishwarya Rai Bachchan, husband Abhishek Bachchan and their daughter Aaradhya Bachchan celebrated New Year together and had a gala time. Recently, the trio was spotted at Mumbai airport. 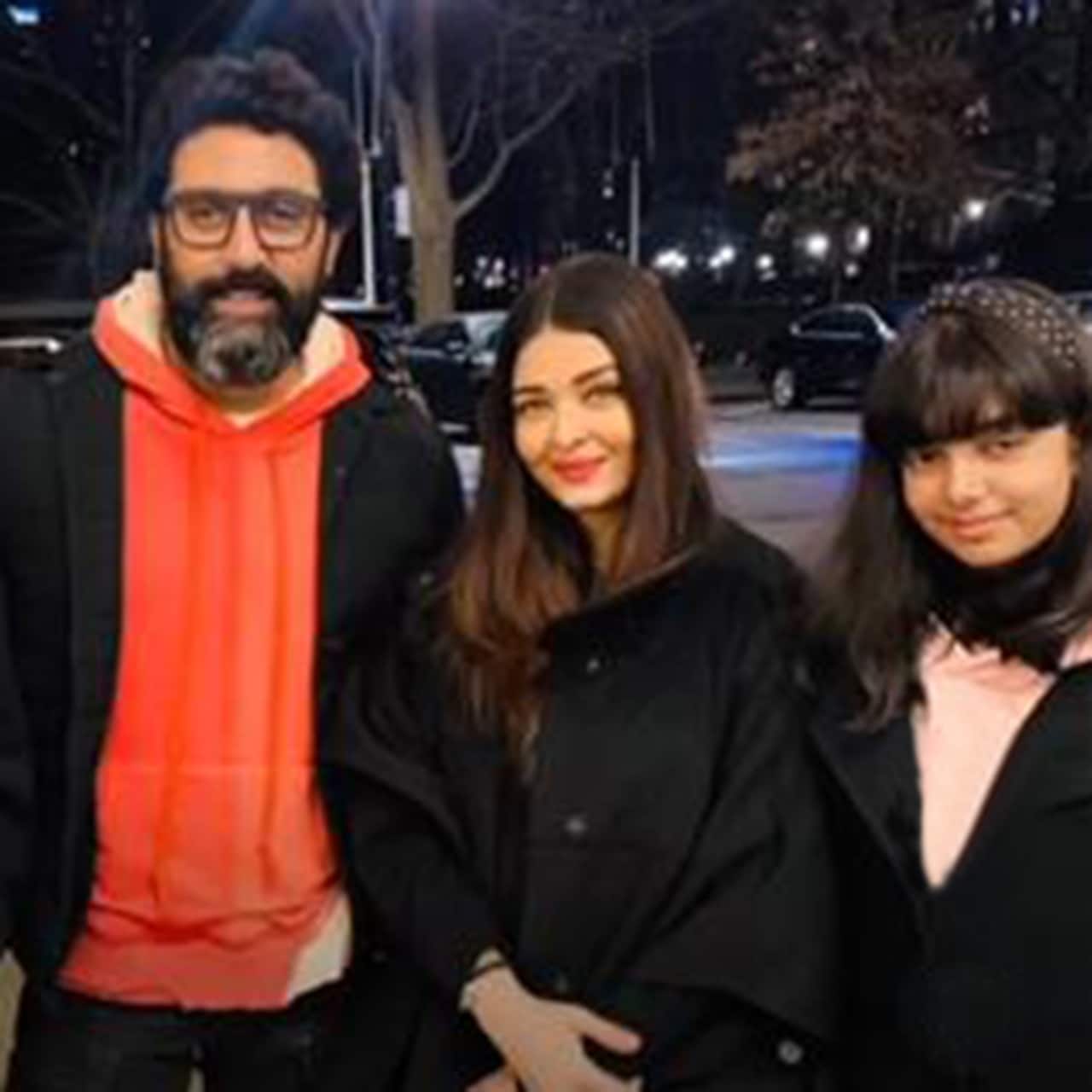 Bollywood couple Aishwarya Rai Bachchan and her husband Abhishek Bachchan celebrated New Year with their daughter Aaradhya Bachchan. The Bollywood couple clicked pictures with their fan who shared the same on social media. In the picture, Aishwarya and Aaradhya were seen twinning in black overcoats, while Abhishek wore a red hoodie with a coat and track pants. The head over heels in love couple is quite private and does not like sharing pictures on their social media. Also Read - Jacqueline Fernandez to Shilpa Shetty: Most expensive gifts Bollywood celebs have got; the whopping amounts will leave you stunned

The trio was spotted with their daughter Aaradhya Bachchan having returned from their New Year vacation. The family was spotted at the Mumbai airport on Tuesday morning. Mommy Aishwarya was seen holding Aaradhya's hand as they walked out towards their car. Netizens trolled Aishwarya for holding Aaradhya's hand while walking at the airport. Also Read - Abhishek Bachchan tagged as besharam for pulling Aishwarya Rai Bachchan and Aaradhya Bachchan for a hug after kabaddi team win [Watch]

The video of Aishwarya, Aaradhya, and Abhishek walking at the airport went viral. Aishwarya donned black casuals and untied her hair, while her daughter wore a pink sweatshirt and black track pants. The mother-daughter duo was seen happily chatting together, while Aishwarya waved at the paps. Also Read - Aishwarya Rai Bachchan takes a dig at paparazzi when asked to pose, ‘Are wahh direction’

Watch the video of Aishwarya Rai Bachchan and Aaradhya Bachchan -

Netizens could not stop themselves from commenting on the post and wrote, 'To people commenting and complaining about the holding hands of her daughter should realize that she’s just being protective towards her and every mother on this earth has that affection & feeling towards her child! So what? Don’t pass nasty comments just because she’s a celebrity!' Another user said, 'Judging by the number of paps they face every time they enter the airport of course she’s going to hold her daughter’s hand..a couple of years ago her mum fell due to the rush to get pics of her family..don't judge'.

On the work front, Aishwarya was last seen in Ponniyin Selvan I last year and will soon be seen in the second part of Mani Ratnam’s Tamil film. The second part will hit theatres on April 28 wherein Aishwarya will play the dual role. The film will also feature Vikram, Karthi, Trisha Krishnan, Prakash Raj, Jayaram, Jayam Ravi and Aishwarya Lekshmi and more in pivotal roles. While Abhishek Bachchan as last seen in Breathe: Into the Shadows and Dasvi. He will be seen in R Balki's Ghoomer with his father Amitabh Bachchan.