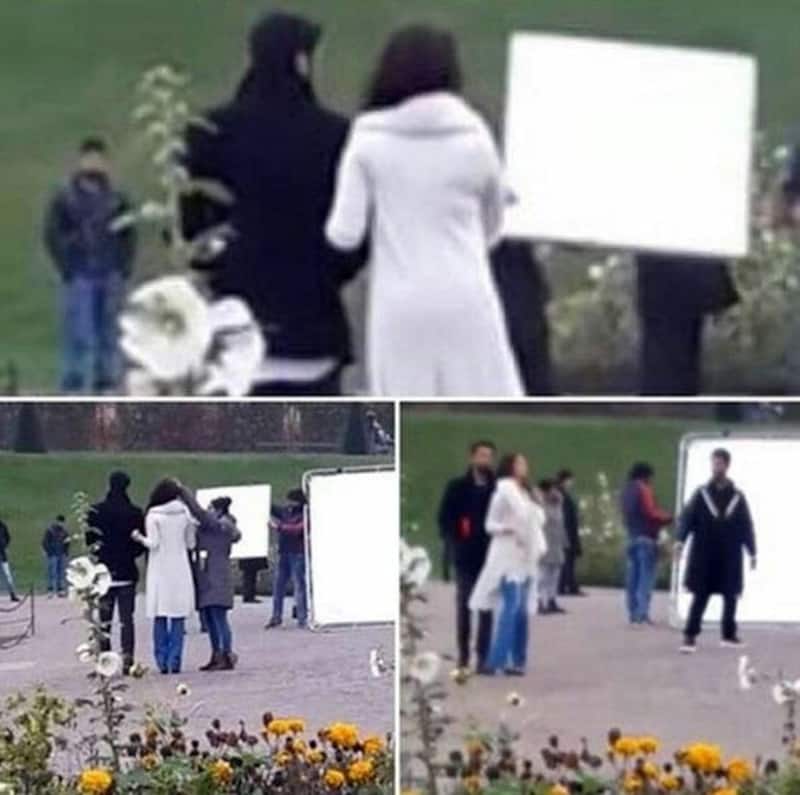 Ranbir Kapoor, Aishwarya Rai Bachchan, Anushka Sharma will soon be seen in Karan Johar's Ae Dil Hia Mushkil. While Ranbir and Ash are shooting for the film in Vienna, Anushka is back in Mumbai to work on her production house. Fawad Khan, who plays a DJ in the movie and has a rather special role in the film was also shooting in Vienna with the rest of the cast. Also Read - Katrina Kaif, Priyanka Chopra, Ranveer Singh and more Bollywood actors who got accused of throwing tantrums while on flight

In the video of Ranbir and Ash shooting for a scene we can see them walking abreast, as Ranbir escorts Aishwarya with her arm tucked under his. Karan Johar is seen directing the lead pair regarding how to go about the scene. Aishwarya is seen dressed in a white overcoat and casual denims with a woolen stole. Ranbir is dressed in a black jacket and denims. We like the black and white contrast in their looks! Aishwarya was also spotted giving an fan on her's an autograph on the film sets. Also Read - Koffee With Karan 7: Did Arjun Kapoor just hint at Ranbir Kapoor developing a drinking problem?

Ae Dil Hai Mushkil is touted to be Karan Johar's most good-looking film and the star cast is taking care of that. Apart from Fawad Khan, Pakistani actor Imran Abbas also has a role in the movie. Karan Johar is returning to direction after a long hiatus with ADHM. The film has been shot in London, Austria and is currently being shot in Vienna. Also Read - Brahmastra: Shah Rukh Khan's look as Vanar Astra LEAKED online; SRKians gush over viral video [WATCH HERE]