Aishwarya Rai Bachchan, Katrina Kaif or Sonam Kapoor: Who was the best dressed at Cannes 2015? Vote!

We take a look at all the fashionable appearances made by these divas for you to decide who was the best dressed at the film festival this year... Also Read - Rhea Kapoor on haters who trashed Sonam's Elie Saab gown: WHO CARES about the internet trolls?

The fashion pundits all across the globe had their eyes set on the Cannes 215 red carpet this year as divas sashayed down, strutting their stuff looking no less than celestial beauties. Among others were Sonam Kapoor, Aishwarya Rai Bachchan and Katrina Kaif, who were strongly represented India on the fashion front and made their mark! Let us take a look at each of their on and off the red carpet looks... Also Read - Here is what Jacqueline Fernandez was busy doing over the weekend at Cannes- view pics! 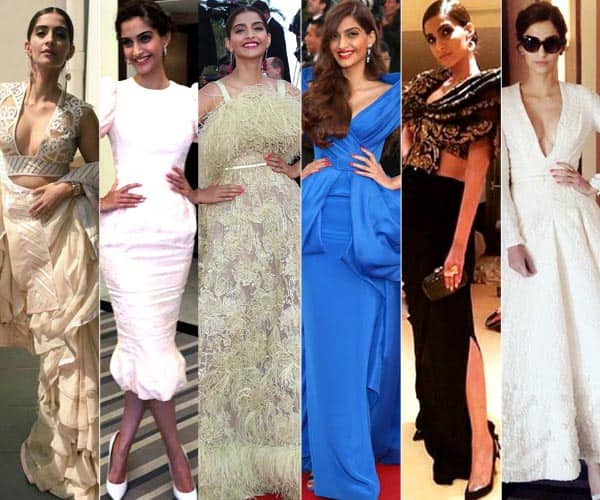 Sonam Kapoor is the goddess of fashion in India. Styled by her sister Rhea Kapoor, who knows the actress' fashion sensibilities in and out, Sonam walked the red carpet twice looking no less than a vision. For the first red carpet appearance Sonam made a splash in a blue Ralph and Russo gown. For the second red carpet appearance she wore an haute couture Elie Saab gown. While fashion police raved about her first look, the Internet community didn't quite get her second look. In between, Sonam rocked our world Ash remained an Elie Saab loyalist for her first red carpet appearance and her amFAR gala outing but she put on a voluminous Ralph and Russo gown for her second red carpet appearance and boy, did she look heavenly! Aishwarya was styled by debutante Aastha Sharma for her Cannes visit this year. She juggled between an all white 'I mean business' look in Stella McCartney and a Disney princess look in Oscar De La Renta. Her Georges Chakra gown was so flaming hot and revolutionary that the fashion gurus couldn't stop talking about it! Her Sabyasachi look for the UN panel discussion for gender equality was a tad bit boring but being the first look it was remedied with the looks that followed! 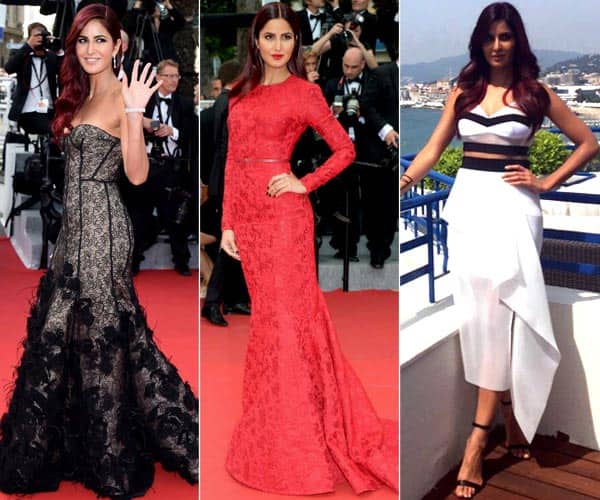 Kat made her Cannes red carpet debut this year and she was styled by Anaita Shroff Adajania for the press interactions. She began her Cannes stint with a Milly crop-top and skirt that turned a lot of heads back home. But her red carpet debut in Oscar De La Renta wasn't received all that well from the fashion police. Her second red carper look was in Elie Saab and that won her a lot of praise although certain sections of fashion circles claimed that she went into a red overdrive for her second look. We wished for her to be a little less minimalist in her red carpet debut and we hope that her next Cannes appearance is solid!

So this was a Cannes round-up from this year. Actresses Mallika Sherawat and Richa Chadda also walked the red carpet this year. While Richa opted for understated style statements during her visit, Mallika went overboard and her style bordered on tacky (barring the magenta Alexis Mabille gown and 2 million dollar Boucheron necklace!)

Who do you think rocked at the red carpet style game best?