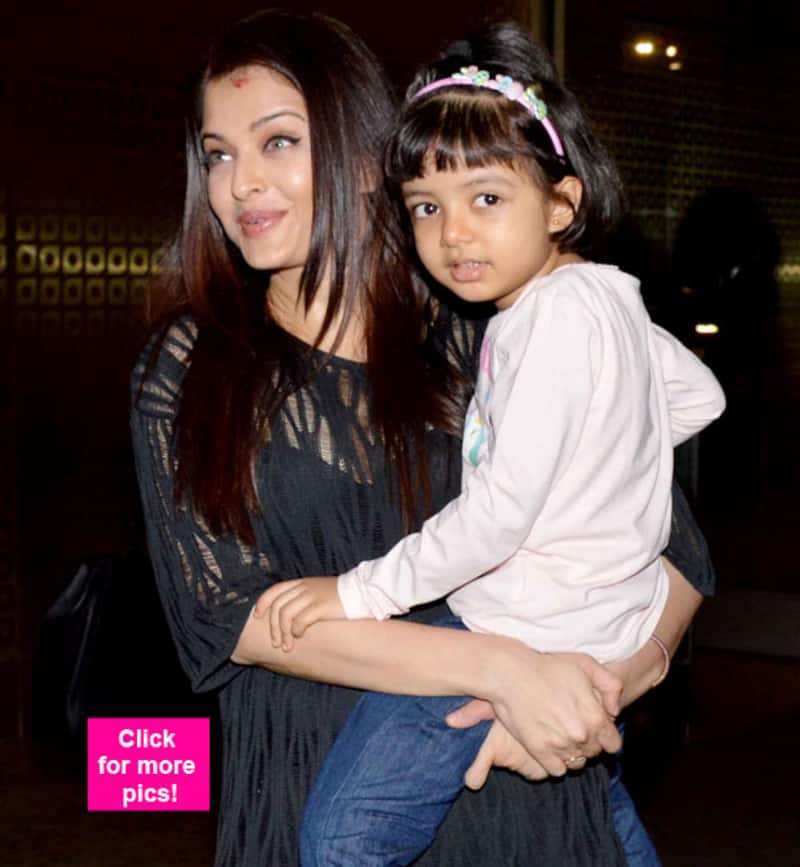 The two were snapped outside Mumbai Airport last night...

Karan Johar's Ae Dil Hai Mushkil seems to be travelling to all exotic locations. While the initial shoot began in London, the set was then moved on to Paris and is now currently in Vienna for its next schedule. Up till now Ranbir Kapoor, Anushka Sharma were seen shooting for their sequence. However, the Vienna schedule is going to get all the more hotter courtesy these two new hotties - Aishwarya Rai Bachchan and Fawad Khan who have just joined the cast. Yes! While Fawad landed in the city over the weekend, we have now come across Aishwarya's pictures along with her daughter Aaradhya, leaving for the same last night. They were snapped outside the Mumbai airport. Here check out the pictures in the above gallery. Also Read - Katrina Kaif, Priyanka Chopra, Ranveer Singh and more Bollywood actors who got accused of throwing tantrums while on flight

Beti B and her mommy are toitally inseparable. In a recent interview Ash was even quoted saying that all her shoot schedules will be planned as per Aaradhya’s convenience. So it isn't surprising that the little Bachchan is also accompanying her mommy to Vienna for three weeks from now. We just cannot get enough of this adorable mummy-beti jodi, how about you? Also Read - Koffee With Karan 7: Did Arjun Kapoor just hint at Ranbir Kapoor developing a drinking problem?

Talking about ADHM's plot, we hear that it is a tale of unrequited love and heartbreaks. It is not going to be a typical KJo film rather will be a hatke take on people in love. We are super excited to see RK, Ash, Anushka and Fawad in this film because these four will truly portray their characters with utmost depth and passion! Are you you looking forward to watching ADHM? Also Read - Brahmastra: Shah Rukh Khan's look as Vanar Astra LEAKED online; SRKians gush over viral video [WATCH HERE]