The debutantes of Cannes are here...

Cannes 2015 is upon us and very soon, there will be a flurry of fashion extravaganza which will keep us glued to our mobile or TV sets. Cannes Film festival is a highly prestigious event where some of the world's best cinema is displayed. But it is the red carpet which adds the glam and buzz to this event. And when it comes to the Cannes red carpet, Bollywood divas have sashayed and strutted their stylish stuff sometimes with success, sometimes with great disappointment. Katrina Kaif is all set to make her debut on the Cannes red carpet tomorrow and so here's how the pros fared during their debut on the carpet! Also Read - Abhishek Bachchan surprises Aishwarya Rai Bachchan on Karwa Chauth; Amitabh Bachchan pens a heartfelt note 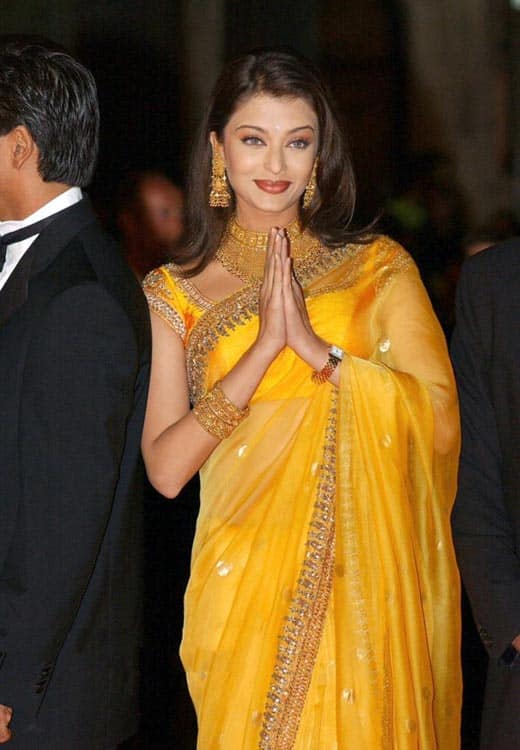 She spearheaded the Cannes diva brigade and it all began in 2002 when her film Devdas held its premiere there. She walked the red carpet looking stunning in a canary yellow saree with matching jewels. Desi can't get better than this! 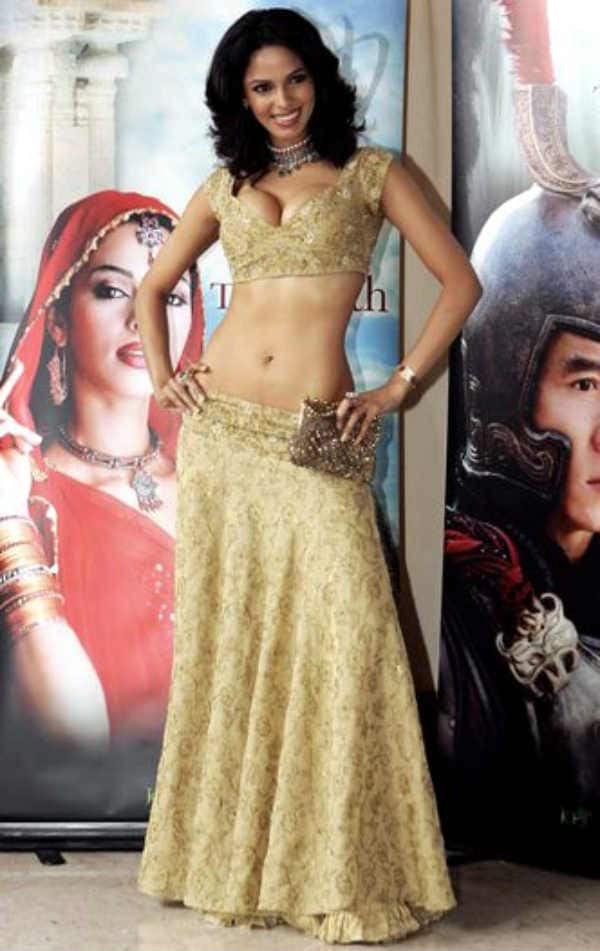 Mallika always bares it all, be it her body or her intelligence. She is outspoken, bold (at times cringe worthy so) and gives two hoots what the fashion experts thinks about her outfits. Guess that prompted her to don this Anita Dongre lehenga choli which accentuated exactly what she wanted. She was there to promote her international film Myth with Jackie Chan in 2005. A debut well messed up! 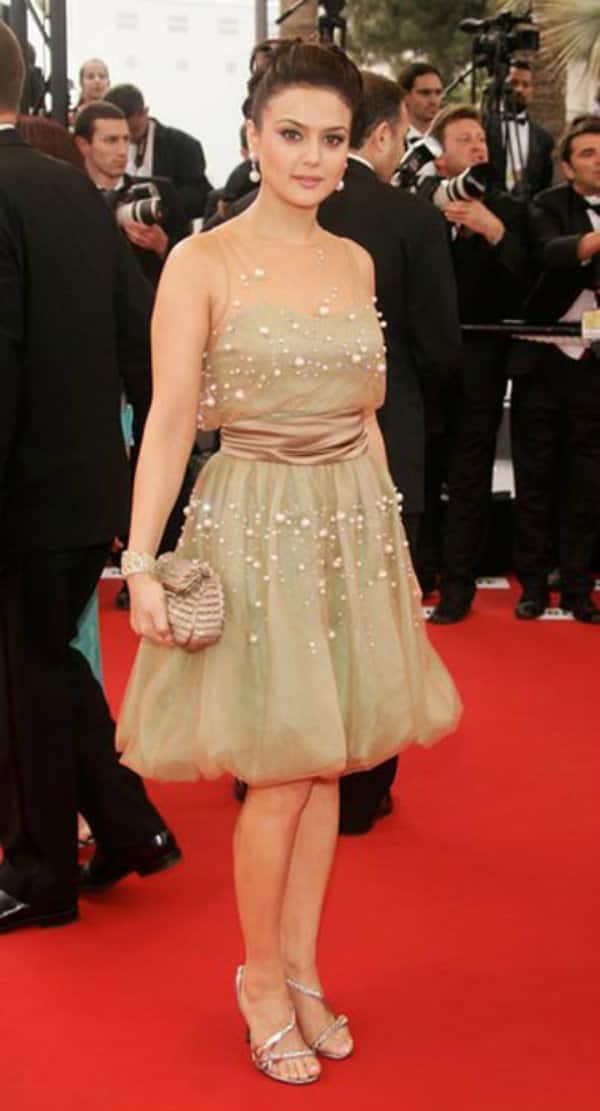 To see the dimpled babe of Bollywood on the red carpet was really great as Preity knows what suits her the best. In 2006, she made her Cannes debut at the premiere of The Wind That Shakes The Barley wearing a cocktail nude balloon dress with attached bubbles. She was there as the brand ambassador of Chopard. The dress definitely was unique but didn't please many people. 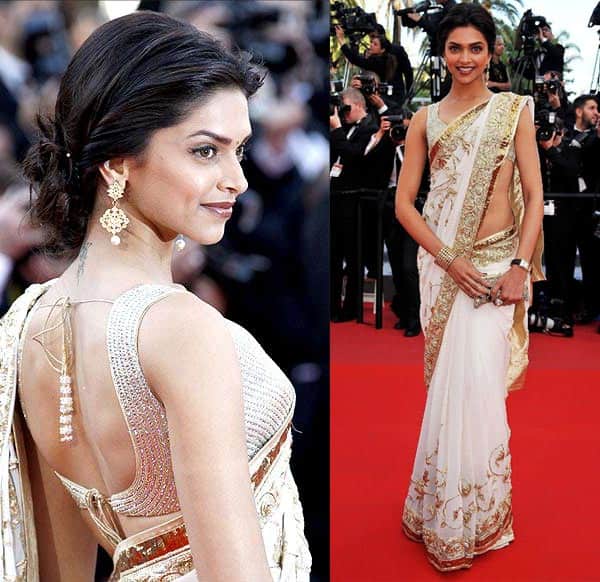 They say Indian women can drape a saree much sexily than anyone in this world. Guess we just know how to get it right. Deepika Padukone epitomises it on her first time on the Cannes red carpet. Deepika walked the red carpet in 2010 as the brand ambassador of Chivas Regal kept it subtle yet very glamorous in a Rohit Bal creation. Glittering choli, a neat bun, a sparkling bindi and heavy bangles completed her look perfectly. She definitely was a sight for the sore eyes! 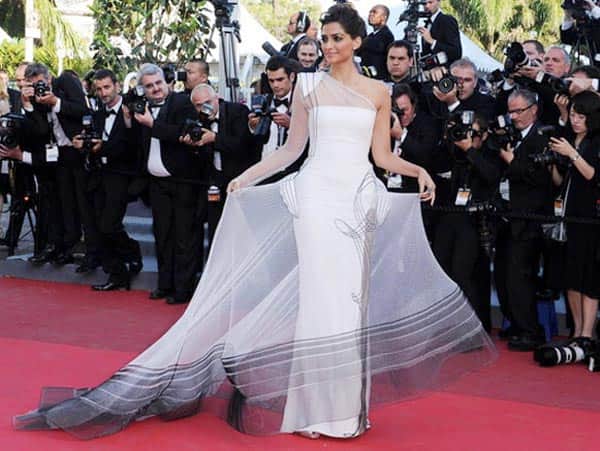 When you have someone like Sonam Kapoor on the red carpet, rest assured that she will look nothing less than stunning. For her debut at Cannes in 2011, the lady decided to go uber chic in a Jean Paul Gaultier gown and became the photographers darling instantly. Looking like a princess, Sonam tied her hair in a bun and accessorised herself with Chopard earrings, Ferragamo shoes and an Amrapali ring. 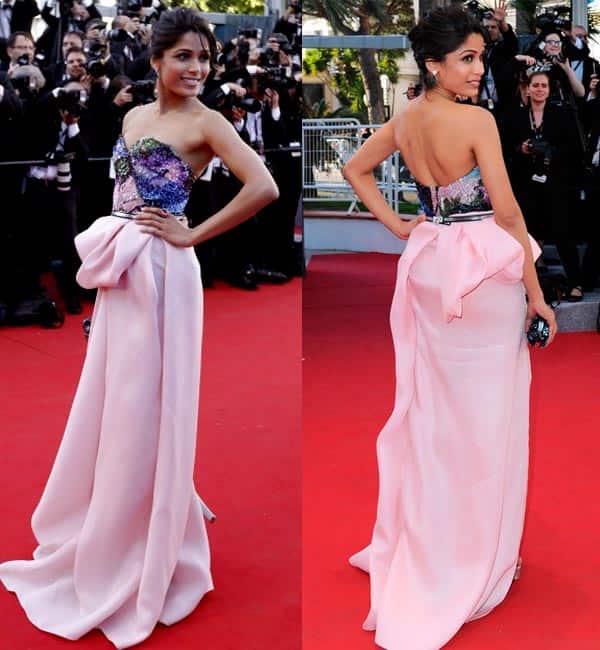 Frieda's 2012 walk on the red carpet at the Moonrise Kingdom screening left everyone dazzled. Keeping it western, she looked fetching in the Michael Angel peplum gown. The beaded bodice, slit skirt, strappy platform heels, and some bangs were just bang on! 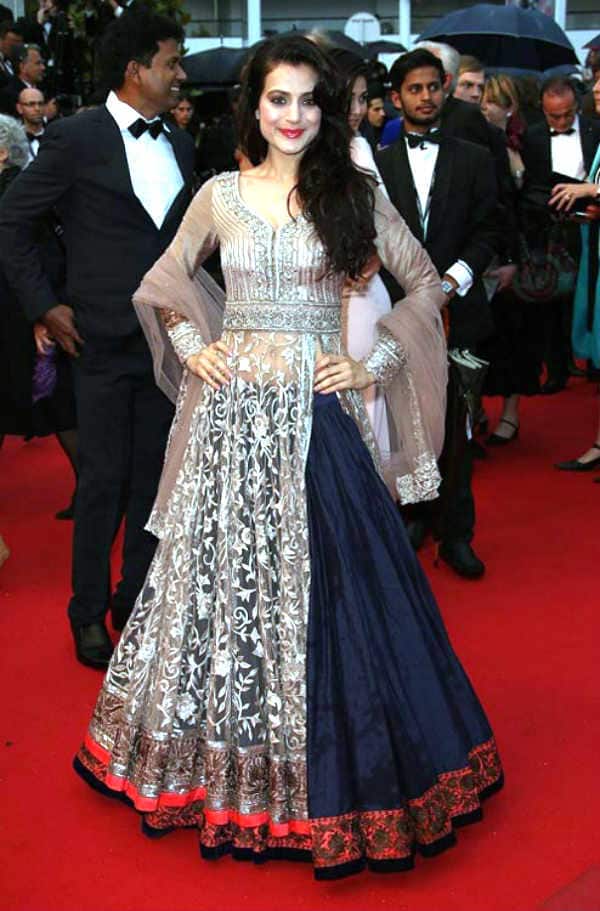 Ameesha has very rarely pleased the fashion police with her choices, but she was a revelation on the Cannes red carpet where she went to promote her film, Shortcut Romeo. She picked a Manish Malhotra dark blue lehenga with pale golden full sleeves choli over it with a similar shade of dupatta. Although the outfit was spot on, she should have worked more on her makeup which made her look paler than her choli. 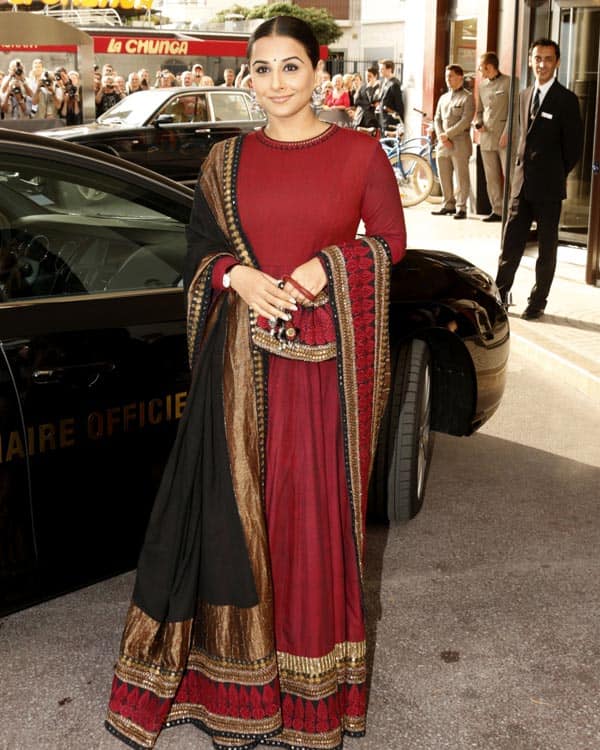 The talented actress began her Cannes razzle dazzle in 2013 when she was invited to be in the prestigious jury panel. This Sabyasachi maroon lehenga choli is very earthy but misses the glam quotient. Just because one is in the jury doesn't mean she needs to look intense on the red carpet too!

Who do you think made the best debut at Cannes? Let us know through the below poll..