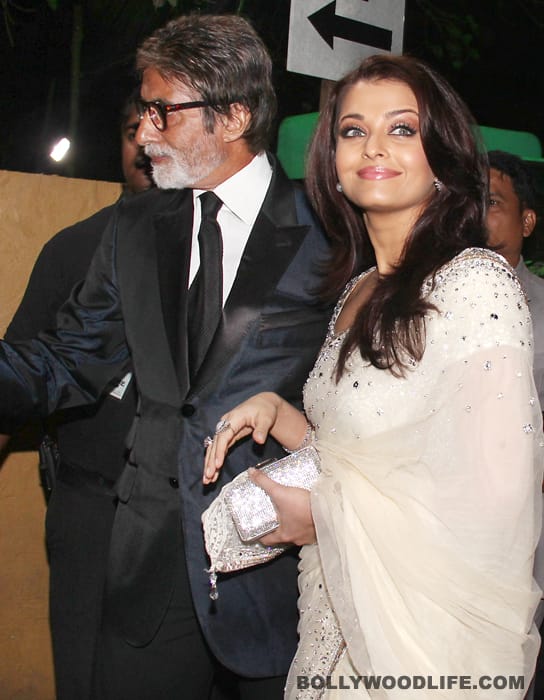 The actor and her family are yet to release any details about her state of well-being. We wonder why

When Amitabh Bachchan first tweeted that daughter-in-law Aishwarya Rai was pregnant, we were ecstatic. Yay! But since then, every report about the status of her pregnancy has been categorically denied by the Bachchans. No, she is not having twins. No, she is not having a C-section on the ‘auspicious’ date of November 11. No, her doctor didn’t give any special, early morning appointments. No, Abhishek did not ask for paternity leave from shooting Dhoom:3. No details of her godh bharai (baby shower) were revealed, despite a fan frenzy outside her home on that day. And now the latest denial: That the Bachchans were not responsible for the directive from the Ministry of Information and Broadcasting saying the media should take care about covering the delivery of Baby B. Senior Bachchan even wrote on his blog that the family was having a lot of fun over the “entirely made up reports” about his bahu's baby bites. Hey, when there is no news coming from you, there will be speculation, Mr B. That’s human nature. Ash has rarely been seen outside her home once her pregnancy was announced - was that because she needs rest? Considering her age, it must be a difficult pregnancy. We understand. Ash wants her privacy, and we are willing to respect that, but shouldn’t she respect her fans too? It is thanks to those same fans that she is still in demand at Cannes, she gets a wax statue in London and earns crores in endorsements. The least she can do is issue a statement about her well-being. Is that too much to ask? Or is there a set of rules we need to follow to get some information on that one? Whatever the case may be, we are willing to wait and keep a keen eye on Twitter to nab AB's announcements of birth, sex, weight, looks and, of course, name. Tweet tweet, Mr B! Also Read - Friendship Day 2021: From Shah Rukh Khan-Salman Khan to Priyanka Chopra-Kareena Kapoor – 7 Bollywood BFFs who turned foes and then became friends again