Well, they did have their haydays and bad days. Check out how they let us down in the past...

Things may seem all sunny and bright for Aishwarya Rai Bachchan, Sonam Kapoor or even Mallika Sherawat for the matter (considering how controversially draped would have chosen to walk the red carpet), things have definitely changed for these divas. Well, at least that's what we hope for. We specifically named these three divas as they are a regular at Cannes Film Festival. Although, they haven't always let us down with their fashion outings at the red carpet but there have been several times when the actresses have left us a little cringed with what they chose to wear. Also Read - 22 years of Hum Dil De Chuke Sanam: Here are 5 unknown facts about the Salman Khan-Aishwarya Rai-Ajay Devgn starrer that will BLOW YOUR MIND

Only yesterday night did we get a glimpse of Aishwarya Rai Bachchan's embellished cape gown, which in our terms was quite boring and safe played. If you notice, Mallika too has made three appearances at Cannes this year and unlike her usual bold and sometimes not cool style game, chose to play it safe and avoid a lot of flak from fans. Sonam Kapoor plans to walk the ramp on 15th, 16th and 17th and somehow we get a feeling that maybe even she will keep it simple because clearly, all the divas don't want to be on the flak receiving end. And while we're on the subject of them receiving flak, in the past, these divas were literally grilled bad for what they chose to wear at what can be one of the most prestigious film festivals worldwide. Ash, Sonam, Mallika, Vidya, Deepika, Katrina and various others didn't live up to our expectations at the red carpet of Cannes. Also Read - Trending Entertainment News Today – Salman Khan ignores Aishwarya Rai Bachchan as Hum Dil Chuke Sanam turns 22; The Undertaker challenges Akshay Kumar for a real rematch

So this article is a memoir of all the bad decisions that the divas took to look different or quirky but failed to leave an impact worth remembering. Scroll below and check out some of Cannes' worst dresses which we wish we didn't have to see! Also Read - Salman Khan celebrates 20 years of Hum Dil Chuke Sanam with throwback picture; ignores Aishwarya Rai Bachchan 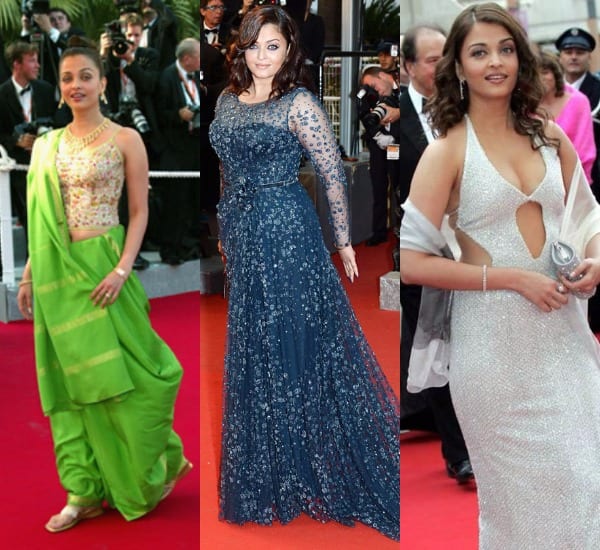 Mrs Bachchan has walked the red carpet for literally 15 years now and yet, we cannot forget how she left us cringed with these above outings of hers. The neon coloured sari draped in an awkward form, the embellished sheer gown that was totally blah, the tacky white low neck peek-a-boo gown that was bad to another level. Sorry but we really hope you never repeat these, ever. 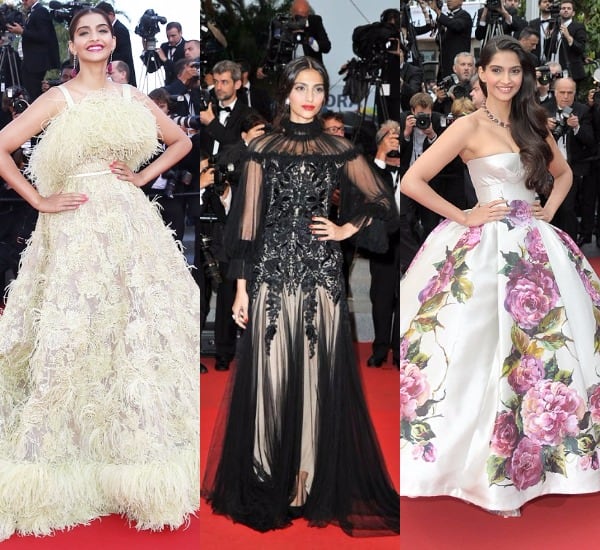 How can we forget controversial Ms Kapoor's outings at Cannes that have always managed to receive some outrageous comments. I mean, I get it that you're a fashionista and all but why is it that when you come to Cannes, or Paris for that matter (fashion capital of the world) you forget all the fashion gyaan that you usually pride yourself on? The feathery gown, the oh so terrible black whatever ensemble that is and of course, the toilet dolly like gown, everything just made us doubt the tag of fashionista on you. But yes, hopes are still high on this year's appearance! 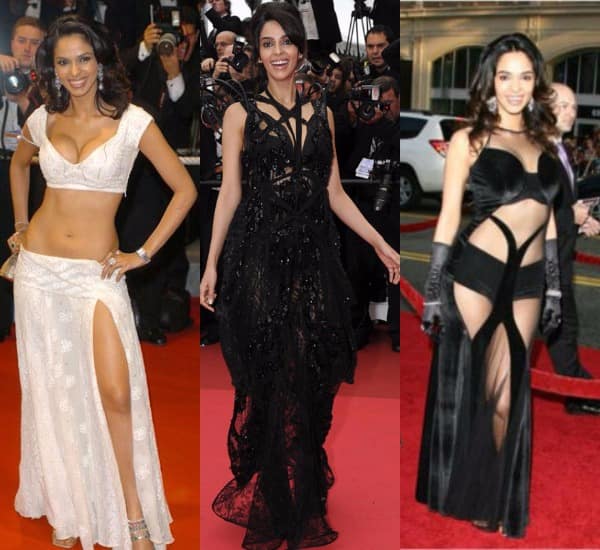 If Sonam's not so revealing but disastrous fashion outings made you wince then you better be full prepared for Mallika Sherawat's haunting avatars at the red carpet. Every year has been a nightmare for us when Mallika walked the ramp as the ensembles she chose so far were all bad to another level. The over dramatic white blouse with long side slit skirt (or was it a piece of cloth?), the black confused strappy gown, another not so subtle black ensemble that definitely doesn't qualify for a Cannes red carpet look. Luckily, this year she chose to play safe and gave us some swoonworthy looks! 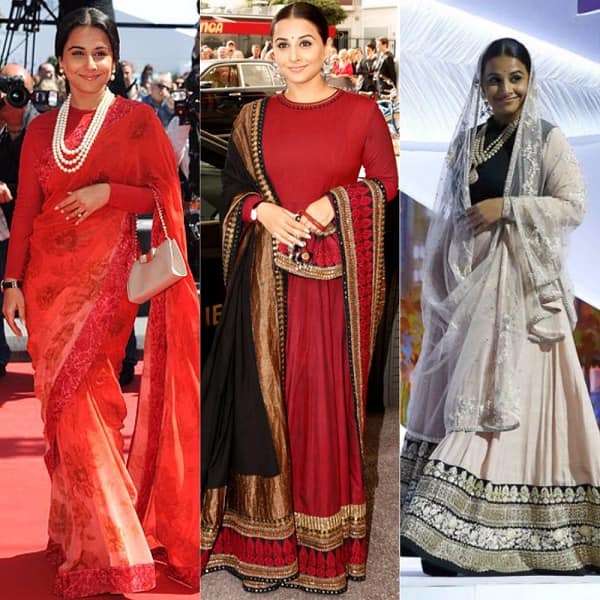 Cannot forget the time when Vidya walked like she was a part of a government project. I get it that one should represent their culture and be close to their ethnicity but not at the cost of looking like you're straight out of some government andolan parade. Vidya's ensembles, all three of them, made her look way older than her age and didn't complement her voluptuous body, plus made us wonder why she chose to look like a mother. 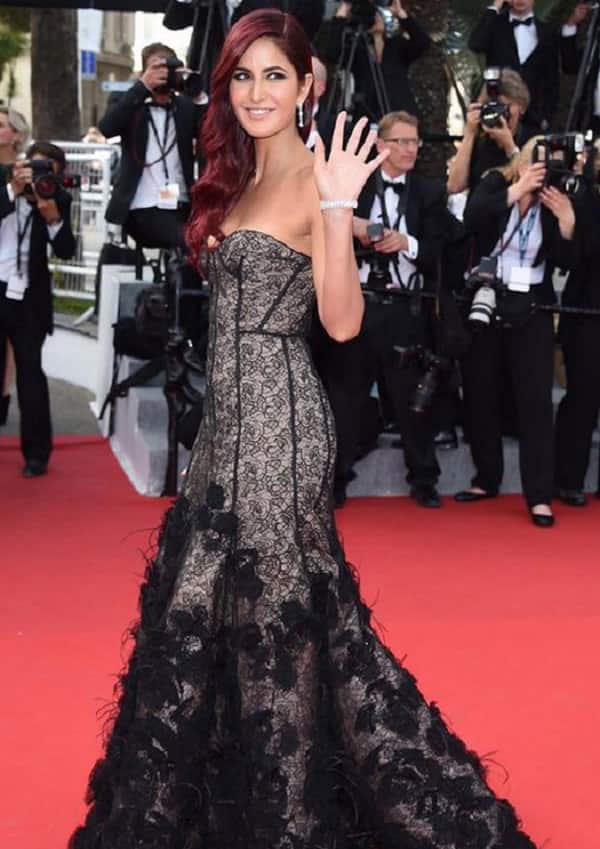 Kat too received flak from foreign media for her black+nude strapless gown that she had donned for her first Cannes outing. The makeup wasn't up to the mark, making her look sort of dull. Even the gown wasn't a flattering one. 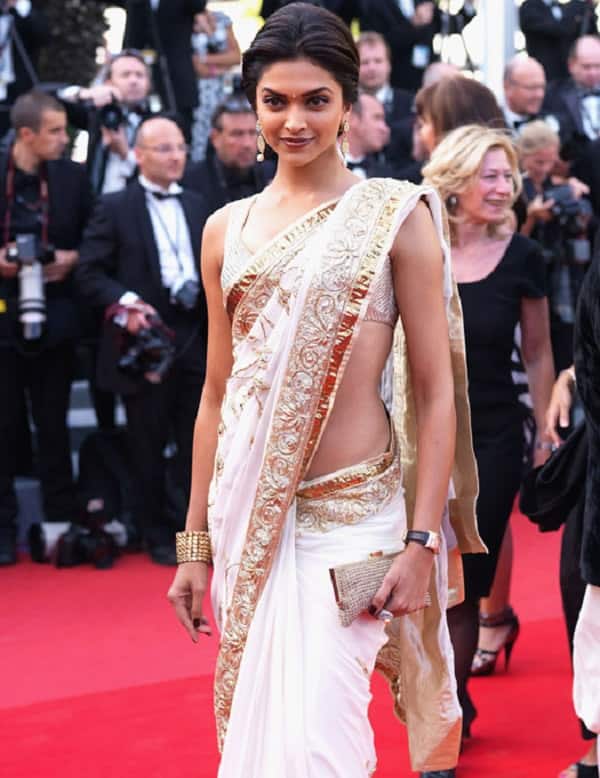 Being her first Cannes, we expected DP to wear some sultry ensemble and give the media some swoonworthy looks. But again, going back to the roots seemed to have become a theme as even Deepika chose to wear a sari, which I'd say, wasn't flattering one bit! She looked very plain and hence let us down. 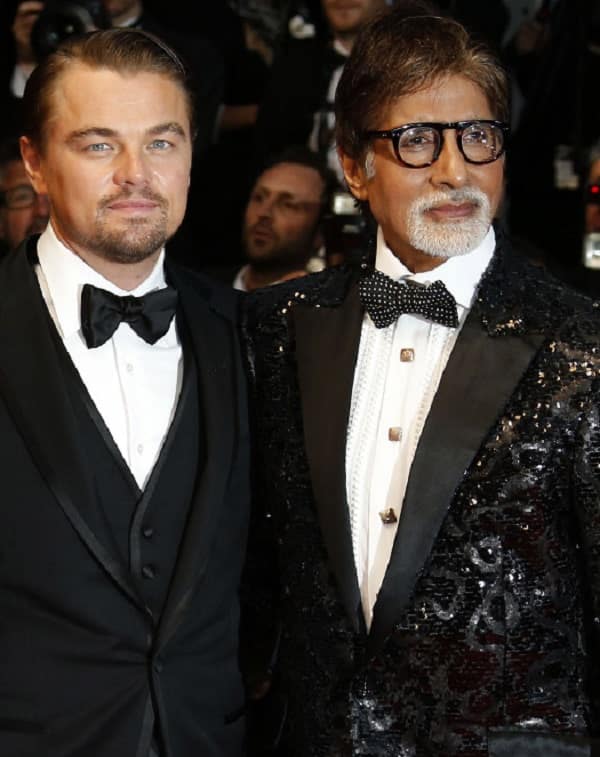 Special reference has got to go to Big B for his shiny black suit. The blazer had some sequined work which, I still wonder, why? However, my wondering is not going to change the fact that Mr Bachchan wore THAT to Cannes and even struck a pose with Oscar winning actor, Leonardo DiCaprio.

Well, that was us, what are your thoughts on the same? Tell us in the comments section below! And stay tuned to this space for more gossips and updates!