Aishwarya Rai Bachchan takes a dig at paparazzi when asked to pose, ‘Are wahh direction’

Aishwarya Rai Bachchan was recently spotted with daughter Aaradhya Bachchan attending Riteish and Genelia's kids birthday party. This is how she reacted when asked to pose for the shutterbugs. 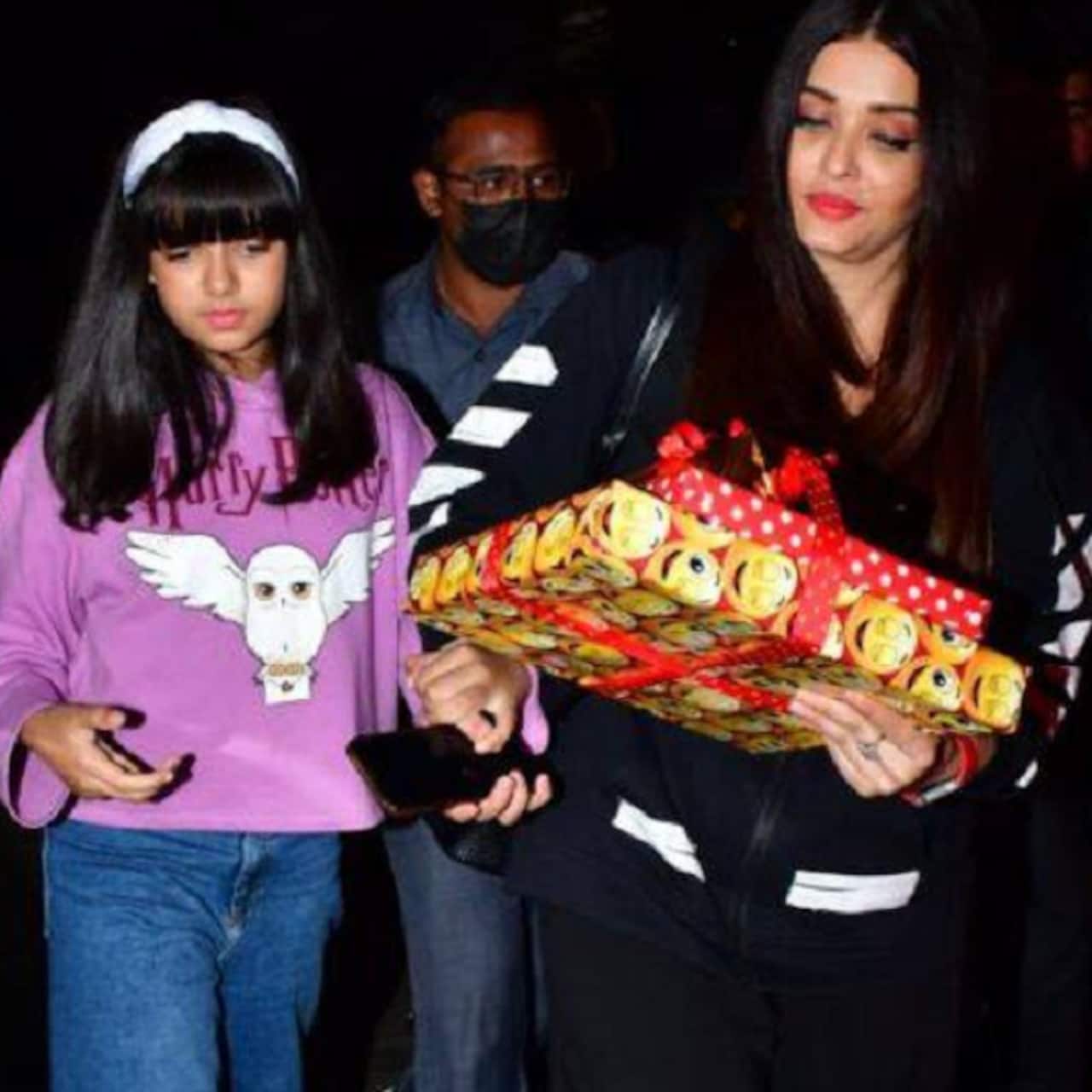 Aishwarya Rai Bachchan was recently papped along with her daughter Aaradhya Bachchan in the city where the shutterbugs couldn't contain their excitement to click Aishwarya in their frame and Ben asked the Ponniyin Selvan actress to wait and pose and after being advised to wait and pose. Aishwarya was seen attending Riteish and Genelia Deshmukh's son Riaan's birthday party which was a star-studded affair. All the Bollywood stars and their kids made their presence and graced the birthday party Also Read - Alia Bhatt to Katrina Kaif: Bollywood divas who romanced South Indian film industry superstars

Watch the video of Aishwarya Rai Bachchan making her exit from Riteish and Genelia's son Riaan's birthday party along with daughter Aaradhya Bachchan.

While making her towards her car after the birthday party along with daughter Aaradhya, Ash was asked to wait and pose for the camera, to which she takes a hilarious dig at the cameraman and says, 'Arey waah direction' The actress's reaction has been going viral and receiving mixed response. Ash was also massively trolled for holding her daughter Aaradhya's hand every time was even picked for her the choice of her outfit and colour and claimed that she is obsessed with black. Also Read - Radhika Merchant and Anant Ambani Engagement: Deepika Padukone, Aishwarya Rai Bachchan, Katrina Kaif and more; Bollywood celebs arrive in glam avatar [Watch Video]

Lately Aishwarya has been facing a lot of trolling. The netizens even claimed that the former Miss India has done botox and hence she is covering he faces with the same hairstyle. While Ash gives a damn about the judgements around her and is continuing to do what she likes. Aishwarya was last seen in Ponniyin Selvan and left her fans and loved ones mesmerised with her presence as Nandini in the film. Ash made a comeback after 4 years of sabbatical and even now she is not focusing on her professional life first but on her personal life and motherhood. Aishwarya in one of her interviews had said that she had never been in the rate race and gives a damn about the competition. Also Read - Radhika Merchant-Anant Ambani engagement: Ranveer Singh and Deepika Padukone prove there ain't no couple like them in Bollywood