Aishwarya Rai Bachchan was in the news a few days ago for the wrong reason. The actress was summoned by ED (Enforcement Directorate) to record her statement in connection with its probe in the Panama Papers leak case. 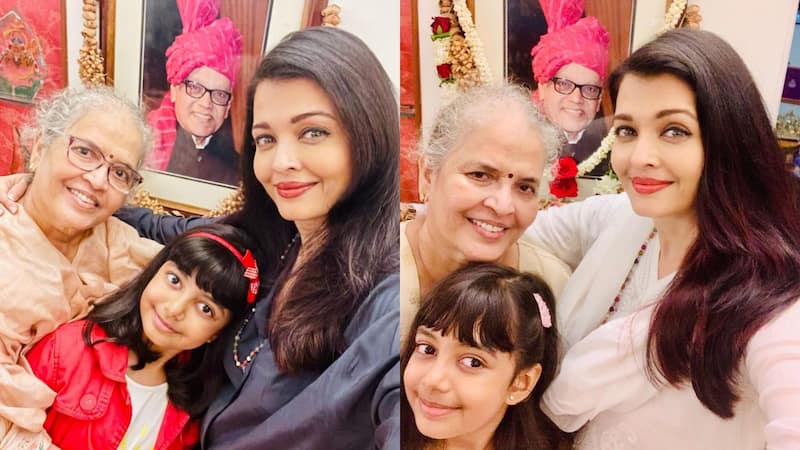 A few days ago, Aishwarya Rai Bachchan was summoned by ED (Enforcement Directorate) to record her statement in connection with its probe in the Panama Papers leak case. Reportedly, the ED had registered a money laundering case under Prevention of Money Laundering Act, 2002 (PMLA). The actress had visited ED’s office for the investigation. While Aishwarya has not yet spoken about it, she recently shared a picture on Instagram which is her first post after being summoned by ED. Everyone was waiting for a statement from her, but this post is about her father and mother. Also Read - Ponniyin Selvan: Aishwarya Rai Bachchan as Nandini, Trisha as Kundavai and more strong female characters that stand out in the Mani Ratnam film

Aishwarya’s parents, Brindya Rai and late Krishnaraj Rai, celebrate their anniversary today. So, the actress posted a picture of her parents on Instagram, and wrote, “Happy Anniversary dearest, darling MommyDoddaaa-DaddyAjjaaa LOVE YOU and THANK YOU so much for All your unconditional Love and Blessings… always.” Also Read - Ponniyin Selvan box office collection day 3: Vikram, Aishwarya Rai Bachchan film hits it out of the park on Sunday; flies past Rs 200 crore worldwide and Rs 100 crore in India

Well, the Panama Papers case is about millions of documents stolen and leaked to the media in 2016. According to the reports, the leaked documents were originally obtained by the German newspaper Suddeutsche Zeitung. The case involves allegations that the world's rich and powerful set up offshore accounts or shell companies to avoid taxes. More than 300 Indians were said to be a part of the Panama Papers.

Talking about Aishwarya’s movies, the actress will be seen in the Tamil film Ponniyin Selvan and the international project The Letter. Ponniyin Selvan is directed by Mani Ratnam and the first part of the film is slated to release in Summer 2022.