Aishwarya Rai Bachchan and Amitabh Bachchan's movie are releasing on the same day. The question is will it be allowed to happen or will the dates be shifted again?

The clash among the Bachchan is looking imminent

So the release of Aishwarya Rai Bachchan and Randeep Hooda starrer Sarabjit is scheduled to be on May 20. But this creates a very weird situation for the Bachchans. Also Read - Couple on screen, dushman off screen - These 6 Bollywood jodis hated each other but shared a great chemistry in films

Charity begins at home, they say! For the Bachchans, clashes too seem to begin at home. Why? Aishwarya Rai Bachchan starrer Sarabjit was always meant for a May 20 release with a premiere at the Cannes Film Festival. Suddenly now, we hear Amitabh Bachchan's next flick TE3N will also be releasing on the same day. Also Read - Throwback Thursday: Jaya Bachchan once wanted to slap Shah Rukh Khan for dragging Aishwarya Rai Bachchan in his fight with Salman Khan 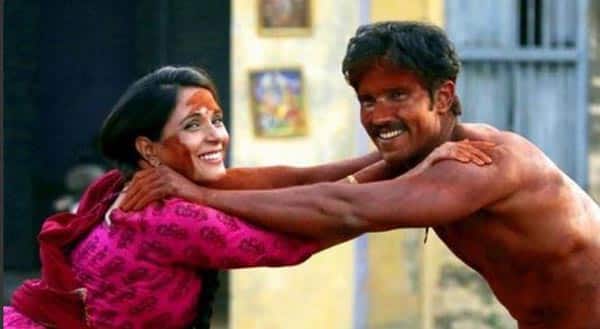 Amitji's film is a thriller with Vidya Balan and Nawazuddin Siddiqui whereas Sarbjit is a biopic on late Indian farmer Sarabjit Singh who was convicted in Pakistan. While the lead cast will be spearheaded by Aish, Randeep Hooda, Richa Chadda too are an integral part of the film.

Point is: will the clash eventually happen? We don't think so. After all, the face-off would only divide the Bachchan household into two halves and it's certainly not happening. One of them will eventually budge and a source tells us that the change of mind has already started happening in the Sarbjit gang.

The team wrapped the film now and it was a start-to-finish schedule. Now, the post-production is left along with a grand release. On the other hand, Big B and Co. completed shooting for TE3N way before and are adamant on releasing it in May. Unless Big B orders them not to. So will Sarbjit have a shift in its release date? We are guessing so!