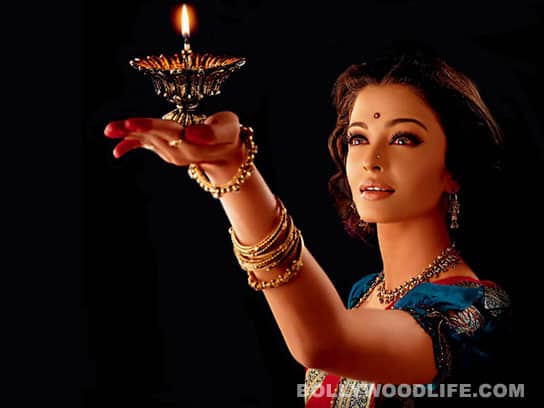 Baby B will be a star, and she will get along fabulously with grandpa Amitabh Bachchan

Aishwarya Rai has delivered a baby girl on November 16, and speculation has begun about how the little one will look and what her future will be like. Since we don’t know the baby’s birth time, our in-house astro-numerologist Bhavikk Sangghvi has made a prediction with the numbers. As of now, we only know the baby’s date of birth adds up to 4 – November 16, 2011, so 16+11+2011 = 4. Baby B's destiny number is 4, while her brith number is 7 (1+6). Also Read - Happy Birthday Amitabh Bachchan: Unseen pictures of Big B with Jaya Bachchan, Abhishek Bachchan, Aishwarya Rai Bachchan and family that are too precious

Here's what Sangghvi says, "The girl was born on November 16, 2011 which makes her a number 7 (Ketu) person in numerology. Since she is ruled by number 7, she is automatically ruled by number 2 (Moon). Like mom Ash, she is also a Scorpio by her Sun sign and hence ruled by number 9 (Mars) while her destiny number adds up to number 4 (Rahu). Her moon sun is Gemini (Mithun) and so her name should ideally start with the alphabet 'K' while her ascendant is Sagittarius (Dhan)". Also Read - Happy Birthday Amitabh Bachchan: When a bankrupt Big B desperately reached out to Yash Chopra to give him some role

On how her nature will be, he says, "She will be a sensitive child always in need of love. Needless to say, she will be pampered by the Bachchans. I would advise the parents to make her wear a Hessonite (Gomed) stone after five years of age. As far as her career is concerned, she should be good at creative, media or artistic fields just like her family". Also Read - Bollywood stars who stay away from filmy parties and the shocking reasons behind it

"She has a fantastic travel line and should be lucky in terms of property investment. However she should avoid any partnership business," adds Sangghvi.

Sangghvi says the baby will be the apple of her grandfather's eye. “She will gel best with her Dadaji, as numbers 2 and 7 always go hand in hand. While Amitabh Bachchan is Number 2 (11th October 1942), she is Number 7. The next to be most compatible with her will be mom Aishwarya as numbers 1, 2, 4 and 7 are primarily considered to be a ‘family’ of numbers and Aishwarya (November 1, 1973) fits in to this bracket perfectly," he says.

“Luckily enough, her Mithun rashi, ruled by number 5 (Mercury), is dad Abhishek’s birth number and so the equation with dad too won’t be that much of a problem, but she would still remain a ‘momma’s girl’.

“Grandmom Jaya Bachchan and the baby would have difference of opinion at every step, but since both are commonly ruled by Mars (Jaya is an Arian ruled by number 9 and also born on 9th April 1948), that would do some damage control," says he.

Wishing good health to the mother and the newborn!