Aishwarya Sakhuja: I wish I could be like Toasty 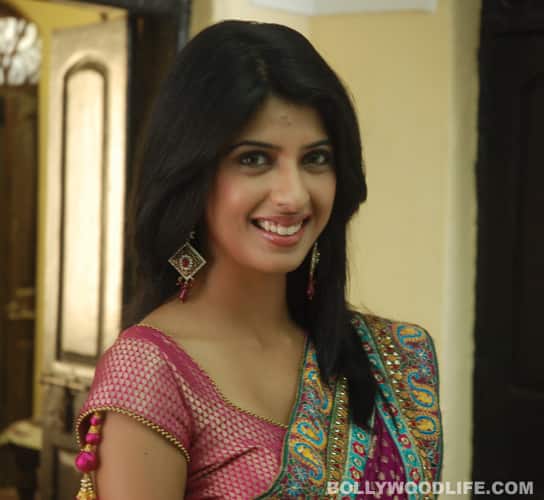 Also Read - From Anupamaa's Madalsa Sharma to Kundali Bhagya's Pooja Banerjee – which of these 9 current TV vamps is your sinful favourite?

The Saas Bina Sasuraal actor says while her character is a 'sorted' person, she herself is certainly not so in real life

Tanya aka Toasty in Saas Bina Sasuraal (SBS) has just gone through a rough patch and come out the better for it, but Aishwarya Sakhuja, who plays the character on the Sony show, is yet to get her wish granted in real life. “I just need five days off. My dad was in the Army and, as a kid, I have hardly stayed in the same city for a long period. I get sick of one city if I stay there too long. I want to explore another part of the country for a break and then get back to work, but that’s not possible,” she sighs. Also Read - Madalsa Sharma, Aishwarya Sharma, Priyamvada Kant – 9 TV vamps we love to hate

Not that she has anything against the show. “With the rule of 12-hour workdays, it is not so bad. And being on a show like this has taught me discipline. And it’s a lot of fun to play Toasty. When I am acting, I don’t feel like I am working.” Also Read - Yeh Hai Chahatein actress Aishwarya Sakhuja says she is 'hit hard' by COVID-19's second strain; shares a long post

Acting wasn’t something that Aishwarya always knew she wanted to do. “When I was a kid, I wanted to be a veterinary doctor. But I got fed up of science in school and took up literature in college. That’s when modelling happened, then Miss India, and I progressed to anchoring. I don’t know when exactly acting happened.” But she is loving it and has no worries that if this show continues for very long, she will be associated with Toasty and find it difficult to essay another character later. “That was true earlier, but not anymore, with 10 new shows being launched at any point of time. And if people are loving me as Toasty, then what’s the harm? I know I will get more work later.”

That “more work” doesn’t include films at the moment. “That is a different arena. It’s great that newcomers are being accepted nowadays. I too have auditioned a few times, but somehow nothing worked out. I am pretty happy with my character and the show. Maybe something’s in store after five years.”

And no, playing Toasty day in and day out for nine months has not bored Aishwarya yet. “SBS has a very interesting screenplay. Toasty’s personality is constantly changing and evolving, just like it happens in real life. So, it’s not boring at all.”

What helps is that Aishwarya totally loves the character. “Toasty doesn’t give up on relationships easily. There is a lot of hurt and angst in her, but she understands that the men are victims of their circumstances. She understands where they come from, even when they do inhuman things like voting to decide if she can come back. She is sorted.”

Is Aishwarya sorted too? “I wish I could say yes, but no. I will never have the capability to decide my life.”