If you are a fan of spy thrillers and Neeraj Pandey, you will have to stifle yawns while watching Aiyaary 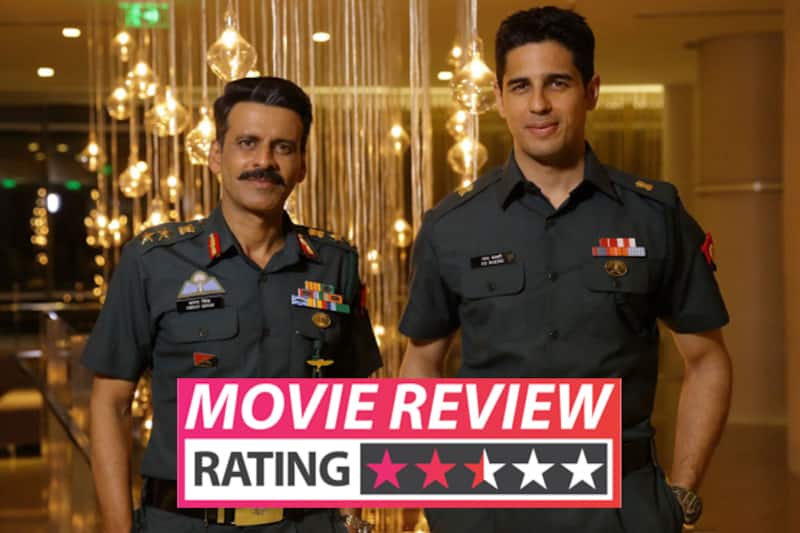 As a fan of spy-thrillers, it is almost impossible to not be excited by the prospect of watching a Neeraj Pandey film. With titles like A Wednesday, Special 26 and Baby to his credit, it comes as no surprise that the filmmaker is now synonymous with good thrillers. And when he joins forces with Manoj Bajpayee, with whom he has collaborated on many films, the excitement doubles. Some promising teasers and a well-cut trailer later, I am understandably kicked about watching the film. But does it live up to the expectations I have? Let's find out... Also Read - Before Vijay Deverakonda, these celebs have been grilled by ED for various reasons

A secret and unauthorised intelligence division of the Indian army is under attack. The secret of their existence is about to be aired on national television, and there's hardly anything that they can do about it. Considering that they are the top-notch intelligence officials of the country, you might wonder as to why are they so helpless, right? Well you see, Major Jai Dikshit, (Sidharth Malhotra), one of their celebrated officers, with a proverbial bright future, has gone rogue. But not all is lost yet as his mentor, Colonel Abhay Singh (Manoj Bajpayee) is out to get him before he pulls off the big reveal. There's another person, who is inadvertently involved in the whole mess. Sonia (Rakul Preet Singh) is a IT genius, who shows off her prowess by hacking into people's computers to shop online. However, considering how love is blind and all that, she doesn't see through Jai's trickery and ends up becoming his secretary. Like in all Neeraj Pandey's film there is a sub-plot too and it provides a bird's eye view of the bigger picture. So while you are trying to figure out, along with Col. Abhay, as to why the prodigal good boy has veered off track, there are a few other elements thrown in the mix. A corrupt ex-army man who is trying to bribe an honest officer before blackmailing him, another ex-army man with a ammunition company and a terrible obsession with 3D models, a frazzled old man in a seedy motel room, and a mastermind with no nationality, form the ensemble cast of the film. And while you are still trying to wrap your head around what exactly is going on, as the filmmaker ties one loose end after another, there comes a final reveal, which makes you question everything. Also Read - Trending Entertainment News Today: Did Varun Dhawan confirm Prabhas-Kriti Sanon's affair, Aryan Khan and Ananya Panday spotted together and more

Manoj Bajpayee, and in a film that stars Sidharth Malhotra, that's saying a lot. While Sidharth looks great in every shot, what with those cool jackets and hot aviators, it is Manoj who carries the film on his able shoulders. He is believable as a secret agent, who is the master of disguise. In a film like this, where you have to brood and frown most of the time, Manoj brings in that extra dimension with his brand of sarcasm-laced humour. It is in these scenes that the film shines. Neeraj and Manoj have worked together in several films and the level of comfort that they share reflects on screen too. The film makes some witty commentary on the Kashmir issue and even though fleeting, it is interesting enough to be one of the highlights of the film.

The film indulges itself so much that the entire first half is invested in developing characters and establishing their loyalties. A slick thriller can't afford to be so generous. When I walk in to watch an espionage thriller, I am expecting a fast-paced, blink-and-you-miss suspense. As far as Aiyaary is concerned, I could have clocked in some shuteye and still not missed out on much except some more character sketching. What's more...unlike most of Neeraj's films, this one uses the supporting cast for just that - support. They come in to the picture and fade out without much ado. So despite featuring names like Anupam Kher and Naseeruddin Shah, the film barely uses them. The incongruous timeline doesn't help matters either. Also, considering that it is a spy-thriller, it is disappointingly boring with the use of technology. The officers and the blackmailers - all communicate through Whatsapp. Even the TV show CID knows that it is not safe, for God's sake! And what was that whole thing with Sonia. I, who have never been a part of any intelligence agency, know that you can't let a liability tag along, no matter how efficient she is in booking tickets and clicking selfies. How can a well-trained spy commit such a blunder? James Bond would be so disappointed in him!

If you are a fan of spy thrillers and Neeraj Pandey, you will have to stifle yawns while watching Aiyaary. However, if you appreciate the finer things in life like Manoj Bajpayee's flawless performance, you must book your tickets to the film because the actor is at the top of his game here.